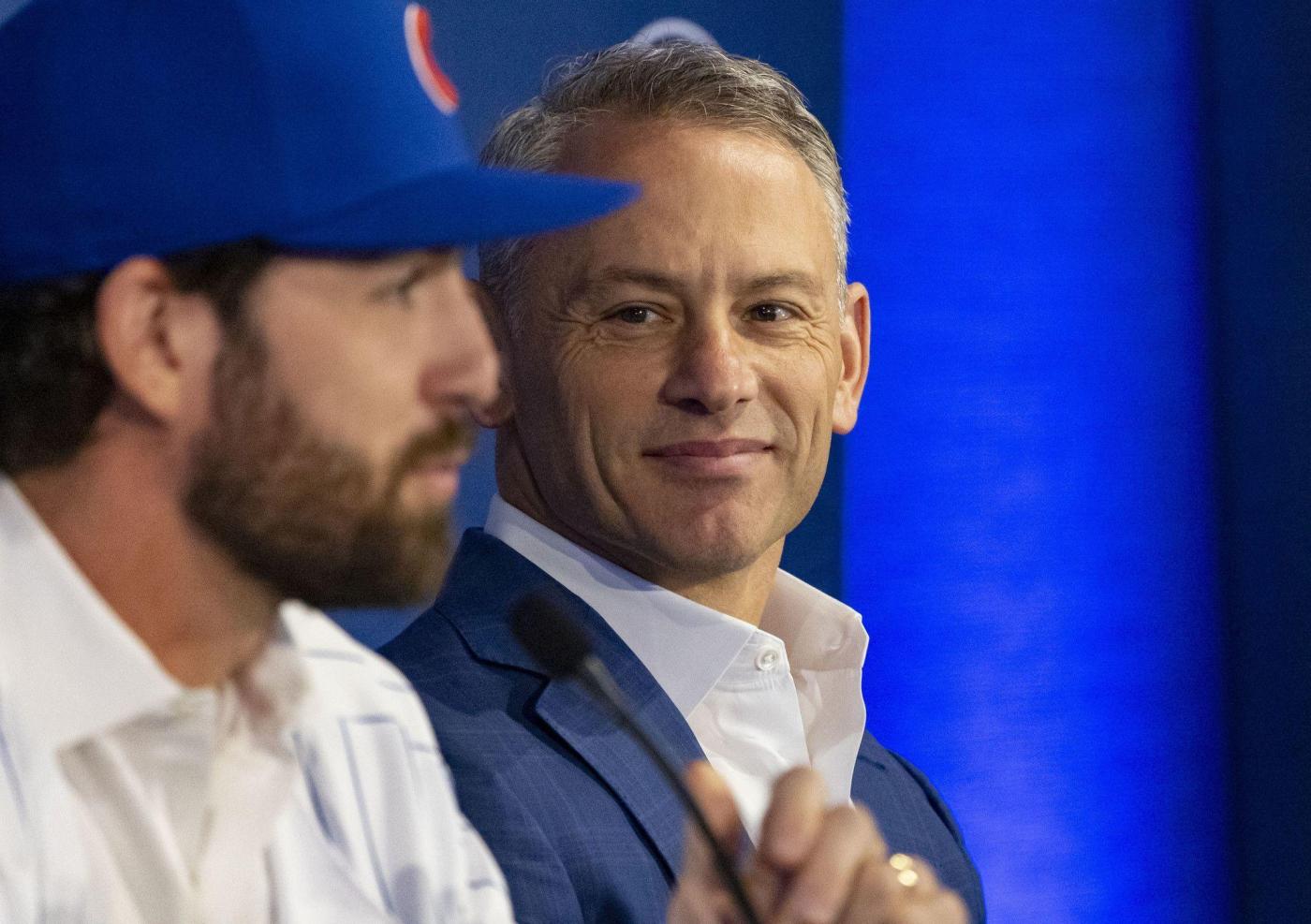 After Dansby Swanson was introduced Wednesday as the newest Chicago Cubs savior, I asked his wife, Chicago Red Stars forward Mallory Pugh, if she gave him a scouting report on the city.

“Great food, great in the summer,” she said.

True enough, and there was no need to discuss the upcoming blizzard-vortex combo package that follows their trip to Chicago. The city’s biggest sports power couple since Nomar Garciaparra and Mia Hamm won’t have to winter here.

As Swanson revealed Wednesday in the Cubs office building next to Wrigley Field, it didn’t take much convincing for him to sign a seven-year, $177 million deal. Between his wife playing in Chicago and his late grandfather, Herb Swanson, having made him watch Cubs games on WGN as a kid in Atlanta, Dansby believed this was “a match made in heaven.”

“It was funny. I was always like, ‘Pops, why are you watching the Cubs game?’ It’s a lot more personal to me than people realize. There’s definitely a story behind that.”

Herb Swanson died earlier this month on the day after Swanson’s and Pugh’s wedding, Dansby said while momentarily breaking down. Meanwhile, his future was in the air and the Atlanta Braves let him know re-signing him wasn’t a priority.

Most considered Swanson the fourth-best of the “Big Four” shortstops on the free-agent market, but his value rose as Trea Turner, Xander Bogaerts and Carlos Correa agreed to long-term megadeals.

“I got the pretty clear sense that they were going to move on,” he said of Braves management. “I don’t want to say things I don’t need to say. But it kind of solidified (my decision).

“It got to a point where, we’re on our honeymoon, that we felt like this is where we’re supposed to be regardless. That feeling was starting to come about even before some of those conversations were had, and that kind of solidified and brought as much clarity as there could be.”

Cubs President Jed Hoyer targeted Swanson early in the offseason and got the deal done Saturday to avoid a long winter of hearing complaints about going 0-for-4 on the Big Four. Hoyer said Swanson interviewed him as much as he interviewed the free agent, focusing on the Cubs “plan” for winning. This would confirm there actually is a plan, much to the relief of Cubs fans.

Swanson said he was intrigued by talk of the Cubs pitching lab, their interest in run prevention and the prospects on tap. The Cubs pitched him with a video that included Jon Lester talking about his decision to sign with the team in free agency after the 2014 season, a win-win deal for both sides.

Swanson said something as minor as Chairman Tom Ricketts remembering his parents’ names also mattered to him.

“It’s little things like that,” he said. “Guys like him that care about the organization and really want to do things right. You know they’re going to be invested in the team financially, and he really feels we’re heading in the right direction and he’ll do what needs to be done to get this team to be the caliber that everyone wants it to be.”

Signing Swanson was the biggest step forward since the Big March Backward two years ago, when ace Yu Darvish was sent to the San Diego Padres to begin the sell-off.

So has Ricketts been vindicated for spending, as he promised in September?

“Yeah, the last two offseasons we have been aggressive,” Hoyer said, naming Marcus Stroman, Seiya Suzuki, Cody Bellinger, Jameson Taillon and Swanson. “Obviously we took our step back financially after the (COVID-19) year, but we’re building back.

“It’s hard to build back all at once without potentially making some mistakes, but I feel like we’ve targeted these players, we brought them in and been aggressive in free agency two years in a row.”

Could this be the start of a “big spending” period?

“The last two offseasons are a good road map for the future,” he said.

But since that future includes playing in the same National League as the New York Mets, the Cubs can spend all they want and not come close to Mets owner Steve Cohen’s payroll in Queens.

The Swanson introduction, like Aaron Judge’s news conference with the New York Yankees, was upstaged by the shocking news the Mets had swooped in overnight and signed Correa to a 12-year, $315 million deal after his 13-year, $350 million deal with the San Francisco Giants collapsed because of reported medical issues.

Hoyer was surprised by the news but seemingly unalarmed by the Mets’ $380 million — and counting — payroll.

“Listen, in our game we don’t have a hard cap,” he said. “This isn’t the NFL. Everyone is running their own railroad. You can’t get caught up in what they can do or can’t do or what other teams can do. You have to focus on what you can do and put your puzzle together the best way possible.”

The Cubs didn’t have to worry about Swanson’s deal hitting a snag. But as soon as it was official, Hoyer could breathe a sigh of relief. Even those fans who had Swanson as their fourth preference among the Big Four might concede he looked like a perfect fit in a Cubs jersey — even talking like a young Anthony Rizzo, circa 2014, when the first baseman became the mentor of the Kris Bryant-Kyle Schwarber core.

Swanson and Nico Hoerner could be paired together in the middle infield long enough to become as familiar as the Don Kessinger-Glenn Beckert combo in the 1960s. Hoerner was all-in on moving to second base to make way for a prime free agent, and he texted Swanson to welcome him to the Cubs.

“He reached out to me before I even had a chance to reach out to him, if that says anything about him,” Swanson said. “That meant a lot to me because that’s something I’ve always tried to do when I was in Atlanta when we got new players, be the first to reach out. I’m excited to have this partnership over the next however many years.”