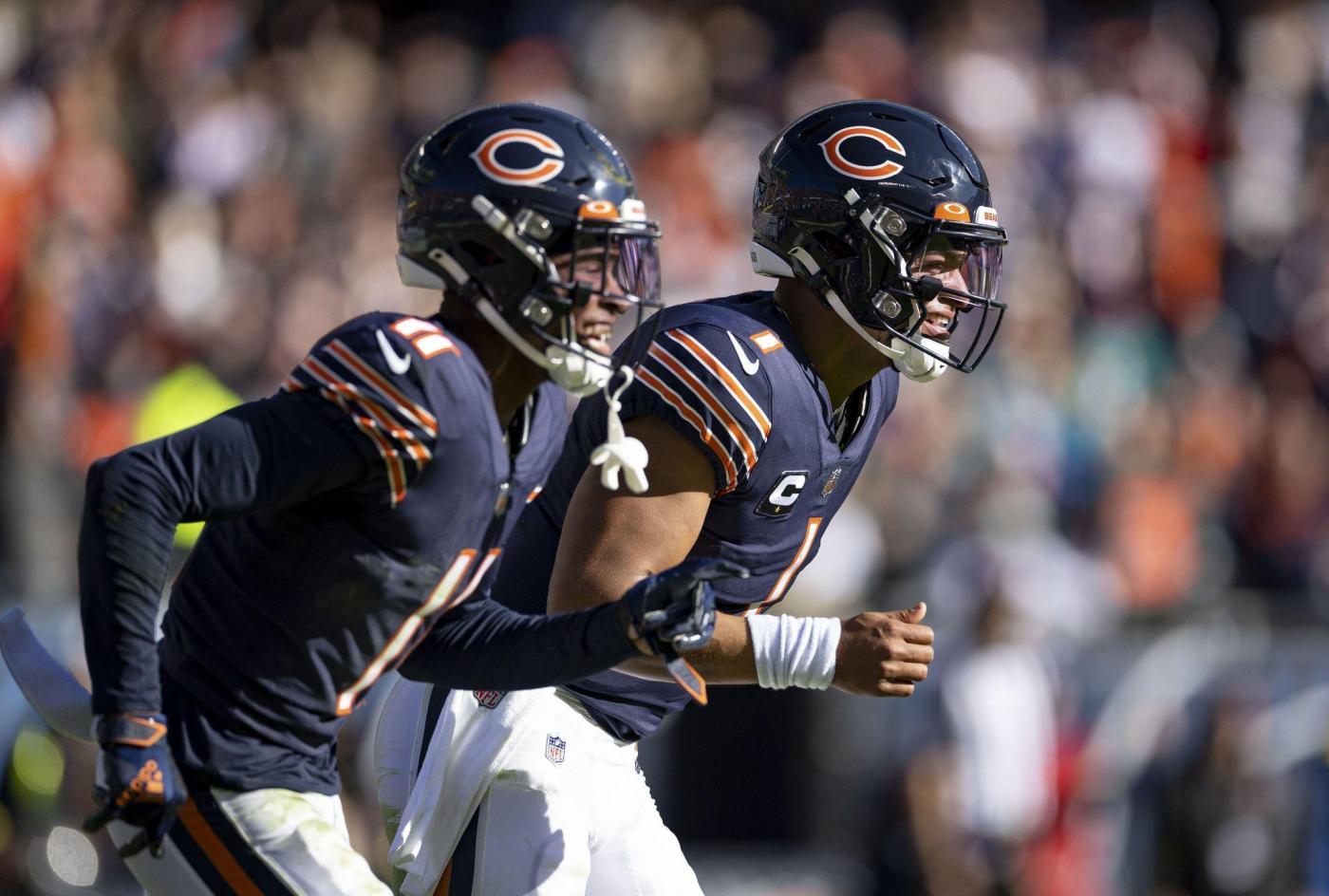 The Chicago Bears will be without wide receiver Darnell Mooney for the rest of the season after he suffered a left ankle injury Sunday against the New York Jets.

Coach Matt Eberflus said Monday that Mooney — the Bears’ leading receiver in 2021 and 2022 — likely will need surgery on his ankle and will go on injured reserve. Eberflus said Mooney will meet with his doctor again to confirm his next steps.

Mooney was blocking on a David Montgomery run in the third quarter at MetLife Stadium when Jets safety Jordan Whitehead landed on Mooney’s left leg, causing it to bend awkwardly. Bears staff had to help Mooney off the field and to the tunnel because he couldn’t put weight on his leg.

The injury leaves the Bears without one of their most important players as they try to make strides in their still-quiet passing game. Mooney was one of second-year quarterback Justin Fields’ favorite targets the last two years and did extra work with Fields during the offseason in Atlanta and after practices.

“Once we got going into the offense, he really started to shine,” Eberflus said. “Outstanding at blocking the perimeter. He had a really nice connection with Justin throughout that stretch. He is our leading receiver.

“But more importantly, he is a great teammate. He’s a great leader. No one puts more yards in than Darnell Mooney, I’ll promise you that. He laps people. He doubles them up.”

Mooney had at least one catch in 44 straight regular-season games before Sunday. He sat out the Bears’ playoff game in the 2020 season with an ankle injury, the only game he has missed.

He has become known as a quiet leader at Halas Hall, respected by coaches and teammates for the way he works.

“His attitude, you feel it in the building,” tight end Cole Kmet said. “He brings light in the room, a great leader, a dude that everyone seems to gravitate toward. So whenever you lose a guy like that in the huddle, it’s definitely tough for the team.

“Obviously he’s a great playmaker, but just his attitude and how he approaches his day to day is really special.”

As the offense has gone through the running game this year behind Fields, Montgomery and now-injured Khalil Herbert, the Bears don’t have another wide receiver with more than 14 catches. Kmet has 29 and Montgomery 21.

The Bears are last in the NFL with 131.2 passing yards per game.

Mooney’s injury could make it more challenging for Fields to improve in the passing game when he returns from the separated left shoulder that kept him out Sunday. Claypool at least has seen his playing time steadily rise as he gets more comfortable in the offense after arriving via trade earlier this month, though he was banged up in Sunday’s game too.

When asked Sunday what the Bears would miss without Mooney, quarterback Trevor Siemian was concise: “Speed, explosive plays, leadership.”

Eberflus and Kmet said they spoke with Mooney after the injury. Eberflus told Mooney the Bears still want him around the building to provide leadership. Kmet offered a TV recommendation for Mooney’s downtime — “Yellowstone” — and said Monday his teammate was in good spirits.

Eberflus didn’t have an update on safety Eddie Jackson, who suffered a foot injury Sunday. He said the Bears didn’t know yet whether it was season-ending.

“We’re going to find out with Eddie where it is,” Eberflus said. “He has to see the doctor, and we’ll get more information as we go from there.”

The Bears have several other injuries to monitor this week leading up to Sunday’s game against the Green Bay Packers, most notably Fields’ shoulder. Eberflus again emphasized Fields is “day to day.”

“He’s got 48 hours here to heal up until Wednesday (practice) and then we’ll see where it is from there,” Eberflus said.

Eberflus called Claypool and St. Brown “day to day” after they had undisclosed issues Sunday.