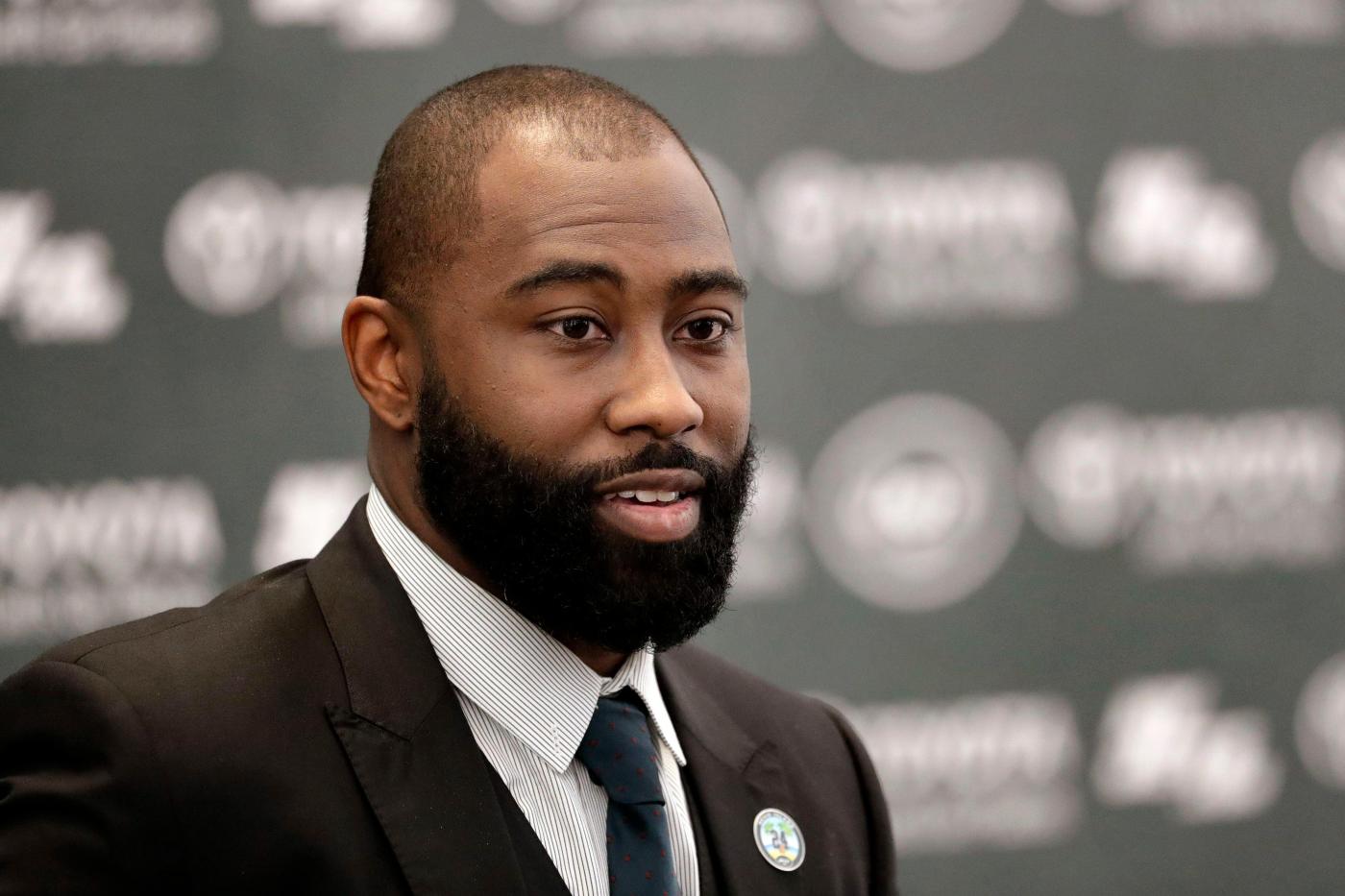 One of the best players in Jets history will be inducted into the team’s Ring of Honor Sunday, Nov. 27, at MetLife Stadium in their game against the Chicago Bears.

Cornerback Darrelle Revis, who played eight seasons with the Jets, is the third former player to receive the honor this season. His former teammates left tackle D’Brickashaw Ferguson and former center Nick Mangold were previously inducted into the Jets Ring of Honor earlier this year.

“I put a lot of work into it,” Revis said. “It’s very surreal in a way. Just being honored, I’m overwhelmed, I’m excited. I walked in here today, it’s like butterflies all over again.

“For me, just being recognized, it’s amazing, in a way, for an organization to honor you and the hard work and dedication that you put into it.

Many people like to throw around the word, shutdown corner in this day and age, but Revis was precise that during his eight seasons in New York. From 2009 to 2011, Revis contained some of the best receivers in the league. Names include Pro Football Hall of Famers Randy Moss and Terrell Owens, Texans receiver Andre Johnson and Bengals receiver Chad Johnson.

Revis was so good Jet fans gave him the nickname “Revis Island.”

During the 2009 season, no one caught more than five receptions and 34 yards against Revis as he helped the Jets reach the AFC Championship with his near-flawless play at the cornerback position. He had another outstanding season in 2010 as the Jets also made it to the AFC Championship before losing to the Steelers.

In eight seasons with the Jets, Revis finished with 388 tackles, 25 interceptions and 112 pass breakups. After the 2012 season, Revis was shockingly traded to the Buccaneers as he then signed a six-year, $96 million deal with Tampa Bay.

After spending one season with the Buccaneers, Revis was released as he then signed with the rival Patriots as he helped them win Super Bowl XLIX. Revis returned to Florham Park in 2015 but was a shell of his former self. He was still a significant contributor as he started 29 games for Gang Green from 2015-16. He spent his final season in the league with the Chiefs in 2017.

“One of the things I learned from him watching film on certain players they will attack certain things, he didn’t get those things. I could be talking about him and he would say, ‘coach, I’m probably not going to get that route.’ Certain players get attacked in certain ways.

“He was fun to coach and he was always accountable. He had already had multiple Pro Bowls by the time I was blessed with the opportunity to coach him. You would think someone like that is not accepting of coaching or accountability. He was the exact opposite.”

Revis doesn’t watch as much football today as much as he played. But he has paid attention to possibly the next great corner in Jets history in Ahmad “Sauce” Gardner. Both Revis and Gardner share a lot of similarities, as they were both selected in the first round of their respective drafts. Gardner was drafted last April as the No. 4 overall.

As a rookie, Gardner has already become one of the best cornerbacks in football. He has 44 tackles, two interceptions and 13 pass breakups in nine games this season. According to Pro Football Focus, Gardner has allowed just 97 yards in coverage since Week 4, and opposing quarterbacks have a 44.6 passer rating when targeting him.

Revis spoke to Gardner when he was first drafted but didn’t want to overwhelm him with too much during his first year.

“I think the sky is the limit for him, Revis said. “I love his game, I’m a lover of the game itself. It’s a different style of play, but at the same time, he’s effective in what he can do.

“I see a lot of similar,” Revis said. “I came in a little mature, he came in mature as well and that’s what you need.

“You need guys that love the game that can come in and play at a high level.”