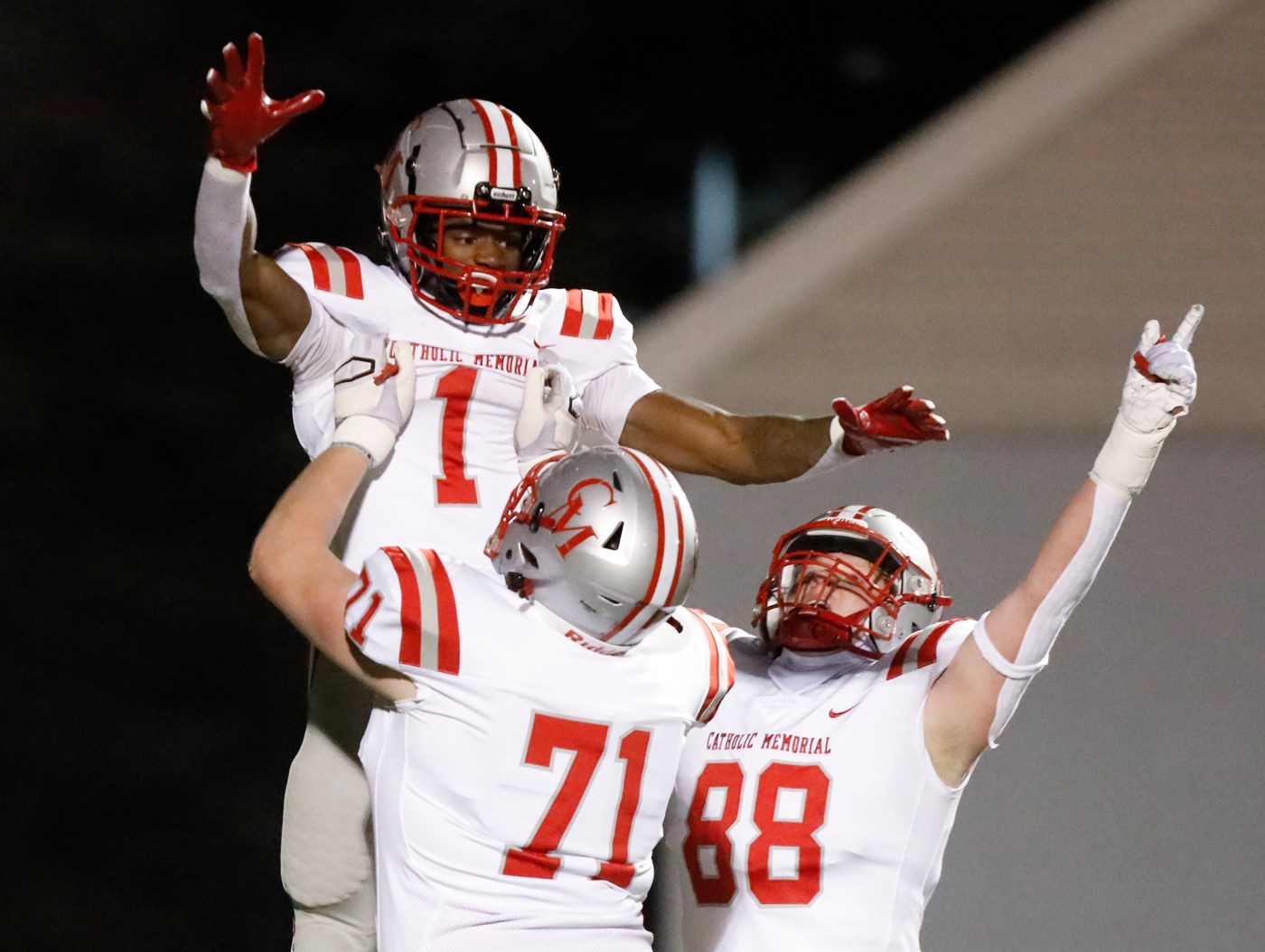 BRIDGEWATER — Over the last few weeks, Catholic Memorial has lost players to injury, and maybe not played up to the standard the Knights have set for themselves.

The Knights showed Saturday night they’ve still got to be reckoned with. CM dominated a good Milford team in a 41-7 rout in a Div. 2 semifinal at Bridgewater-Raynham.

The Knights have won 27 straight, and are going to their fourth straight state title game, excluding the Fall II season that had no playoff.

At Gillette, CM (10-0) will be paired with King Philip for the second year in a row.

Milford drops to 9-2 with the loss.

Jones was the star. His three touchdowns were all in the first quarter as the Knights built a 20-0 lead. With fellow standout back Carson Harwood hobbled, Jones stepped up.

“He came out before the game and said he loves this field, because there’s a bounce to it,” CM coach John DiBiaso said. “This is like a Bouncy House. You really get a step on it, it’s a beautiful field.”

With that bounce in his step, Jones bolted for a 55-yard touchdown down the right side on CM’s first drive.

Milford fumbled the ball away on the next drive, and CM capitalized. Jones went over left end this time and dove into the end zone for an 18-yard touchdown.

The teams traded fruitless possessions, and after a Milford punt, CM took over at its own 42-yard line. Jones took the ball to his left, broke a tackle at the second level, and outraced the defenders for a 58-yard touchdown.

Freshman quarterback Peter Bourque got some work on the next CM drive, and he responded with a 27-yard touchdown pass to Maxwell Tucker.

Starter JC Petrongolo then came in and threw a 15-yard touchdown pass to Jaedn Skeete.

Owen Callahan had a 5-yard touchdown run in the fourth quarter to avoid the shutout for Milford.

It was a complete win for CM in every phase, and now DiBiaso is back where he usually is at this time of year: in a state title or Super Bowl game.

“Never gets old, because it’s a new group of kids,” DiBiaso said. “It’s not like the pros.”