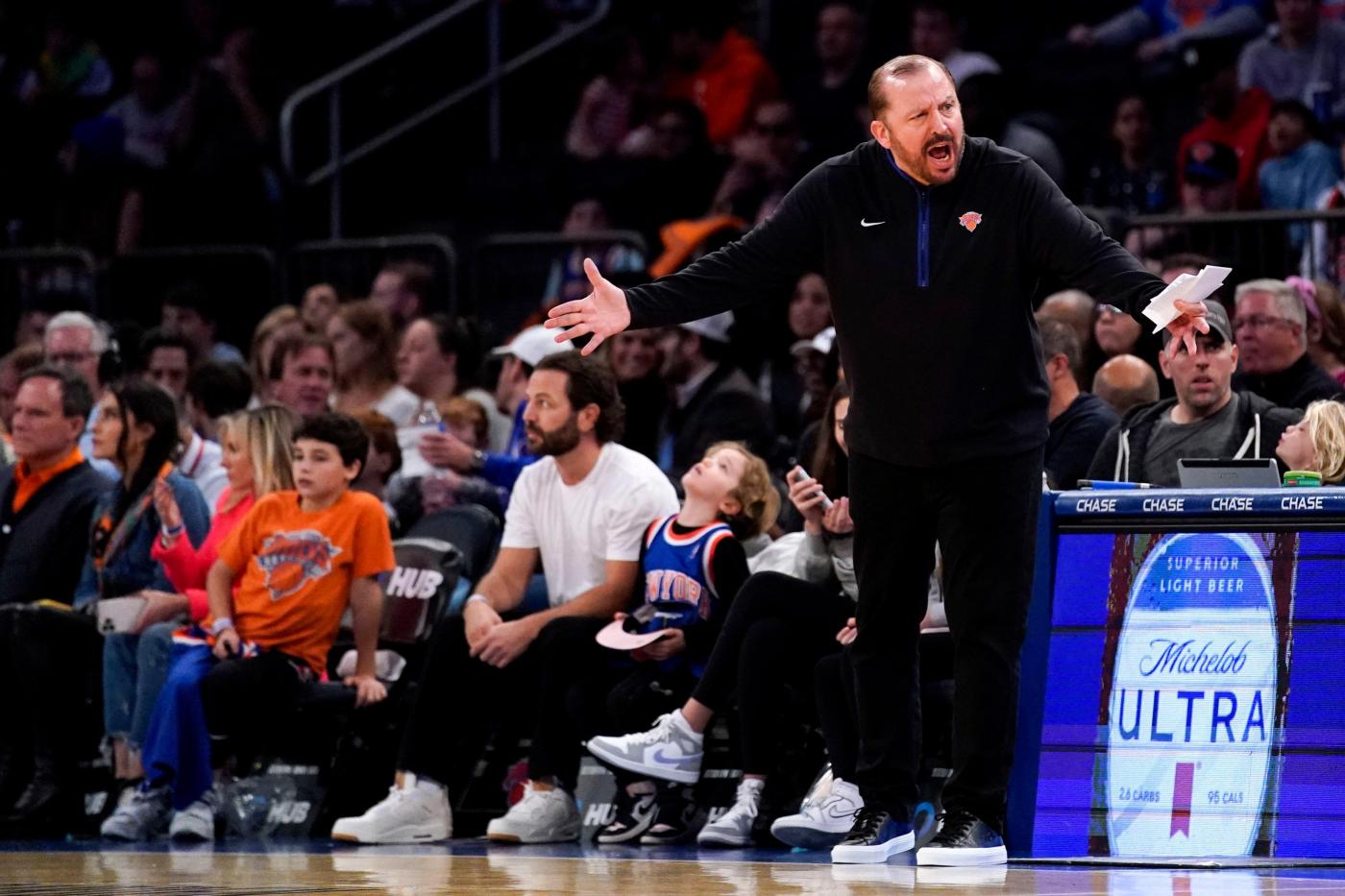 There are rarely good moments for a Western Conference road trip. But now seems like it couldn’t be worse timing for Tom Thibodeau.

The embattled coach, whose defense Sunday allowed more points in regulation than any Knicks team since the Jimmy Carter administration, will find it harder to cool off his hot seat with five daunting road games in seven days.

The first matchup Tuesday in Utah was supposed to be the easiest of the trip, but the Jazz (10-5) has bucked expectations and is undefeated at home with an assist from high altitude conditions.

The Knicks (6-7) left a day early to get their lungs acclimated to the thinner oxygen in Salt Lake City, which sits about 4,300 feet above sea level. The early travel served a dual purpose since acclimatization may also help for Wednesday’s game in Denver, the highest altitude city in the NBA.

The Nuggets (9-4) are also undefeated at home.

“It’s the toughest because of the altitude and the games are back-to-back. When we land [in Denver], it’s like an hour drive [to the hotel]. Then you have the altitude. It’s extremely hard to play there in back-to-backs,” Fournier said. “My first year, my rookie year with the Nuggets [in 2012-13], we had the best record in the league at home. We won 39 games and we lost two that year, and we would just look at teams coming in on back to backs like, ‘They’re tired. We got this.’”

Not coincidentally, the Knicks haven’t won in Denver since 2006, when Jamal Crawford scored 35 points and ‘SexyBack’ by Justin Timberlake topped the Billboard charts.

After the Nuggets, the Knicks face the last two Western Conference champs — the Warriors and Suns — before ending their trip against an OKC Thunder squad that dropped 145 points at MSG on Sunday.

The backdrop is Thibodeau, the NBA’s Coach of the Year in 2021, facing increased scrutiny for the team’s shoddy defense and absent identity. It’s on the heels of last season’s disappointing fall to the draft lottery. According to a league source, team president Leon Rose was given permission last season by owner James Dolan to fire the coach.

Rose resisted but Thibodeau has long had detractors in the front office. It’s unclear where Rose stands on his coach with the Knicks now stumbling, though not exactly falling, out of the gate. Perhaps the five-game road trip will answer that question.

“I know if we’re relying on trying to outscore people that’s not going to work,” Thibodeau said after Sunday’s defeat to the Thunder. “Our margin of error is small, we have to play with great intensity on every possession. When we do that we’re very successful. We can’t get wrapped up in a free-flowing game where we’re not containing the ball or we’re not challenging shots.”