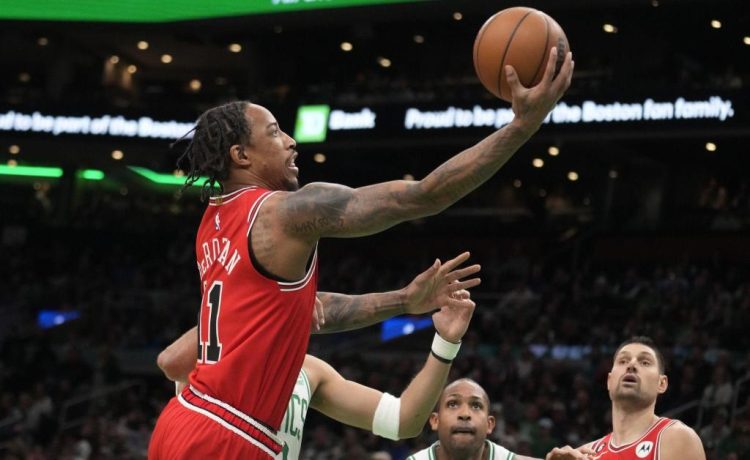 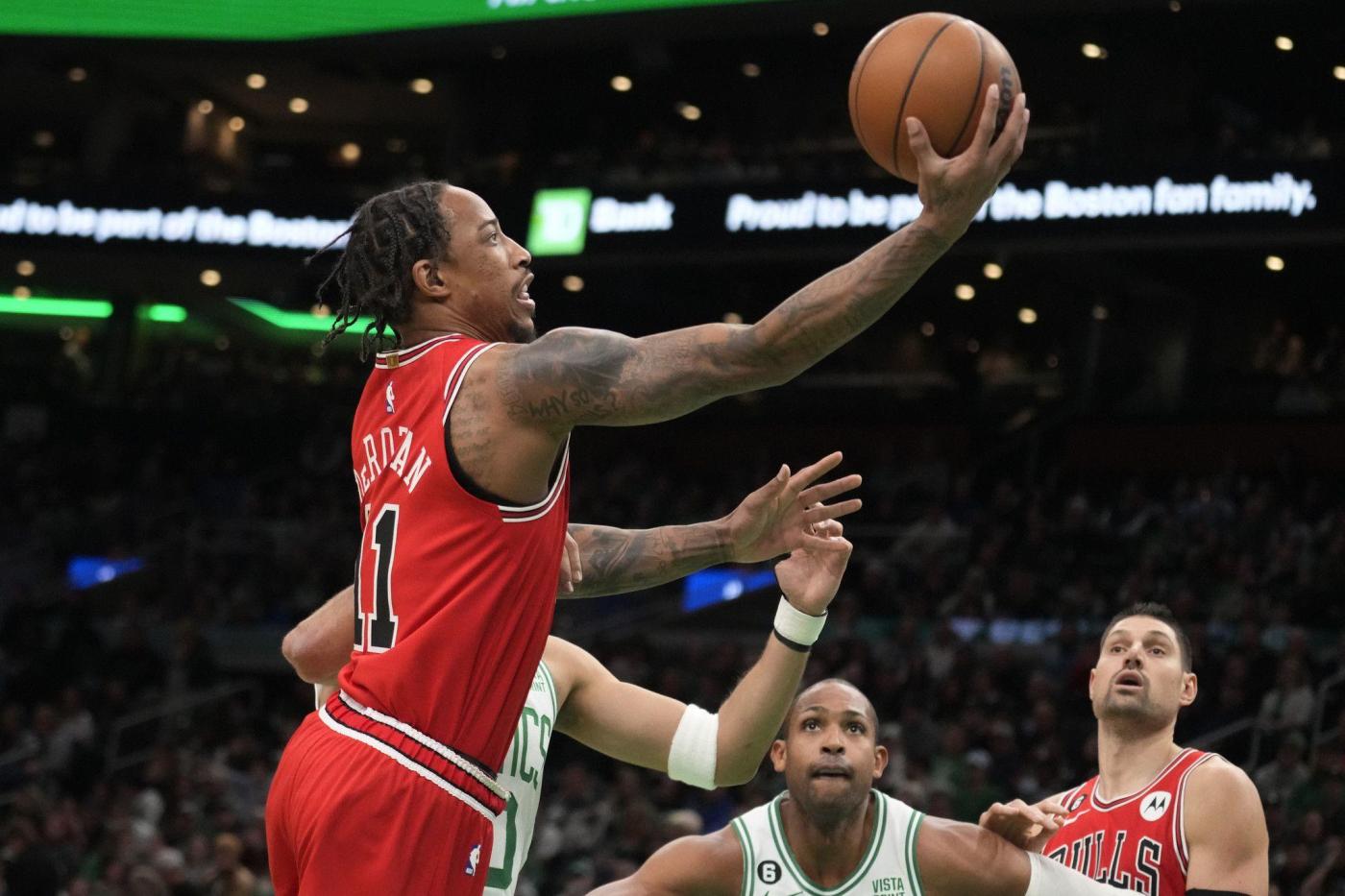 The Chicago Bulls fought back from double-digit deficits to create another nail-biter finish but couldn’t overcome the loss of DeMar DeRozan in a 107-99 road defeat to the Boston Celtics on Monday night.

The Bulls pulled within two points entering the final two minutes, but a 3-pointer from Celtics veteran Al Horford and a breakaway dunk from Jayson Tatum sealed it.

The loss snapped a the Bulls’ three-game winning streakover top teams in the Eastern Conference. They are 8-14 in clutch games — any contest ending with a margin of five or fewer points in the final five minutes.

The Celtics outmuscled the Bulls on the glass at both ends of the court, stretching two offensive plays to last for 45 seconds or longer. The Bulls were outrebounded 54-48, allowing four offensive rebounds on a single play before the Celtics finally scored a basket.

Despite the disparity, however, the Bulls outscored the Celtics 10-4 in second-chance points.

It’s unclear whether DeRozan will be ready to return for the Bulls against the Washington Wizards on Wednesday.

Coach Billy Donovan spoke with DeRozan after the game said he hadn’t received a full diagnosis of the forward’s injury.

“(DeRozan just said to me that he felt like he strained it when he went down,” Donovan said. “They went back there and looked at him. … He didn’t tell me, ‘This is really bad.’ Or ‘I think I’ll play tomorrow.’ … I don’t think he felt right moving.”

The Bulls will travel to Washington to face the Wizards on Wednesday, then return home to host the Oklahoma City Thunder on Friday at the United Center.