Todays Though > News > Democrats turning US into Venezuela
News

Democrats turning US into Venezuela 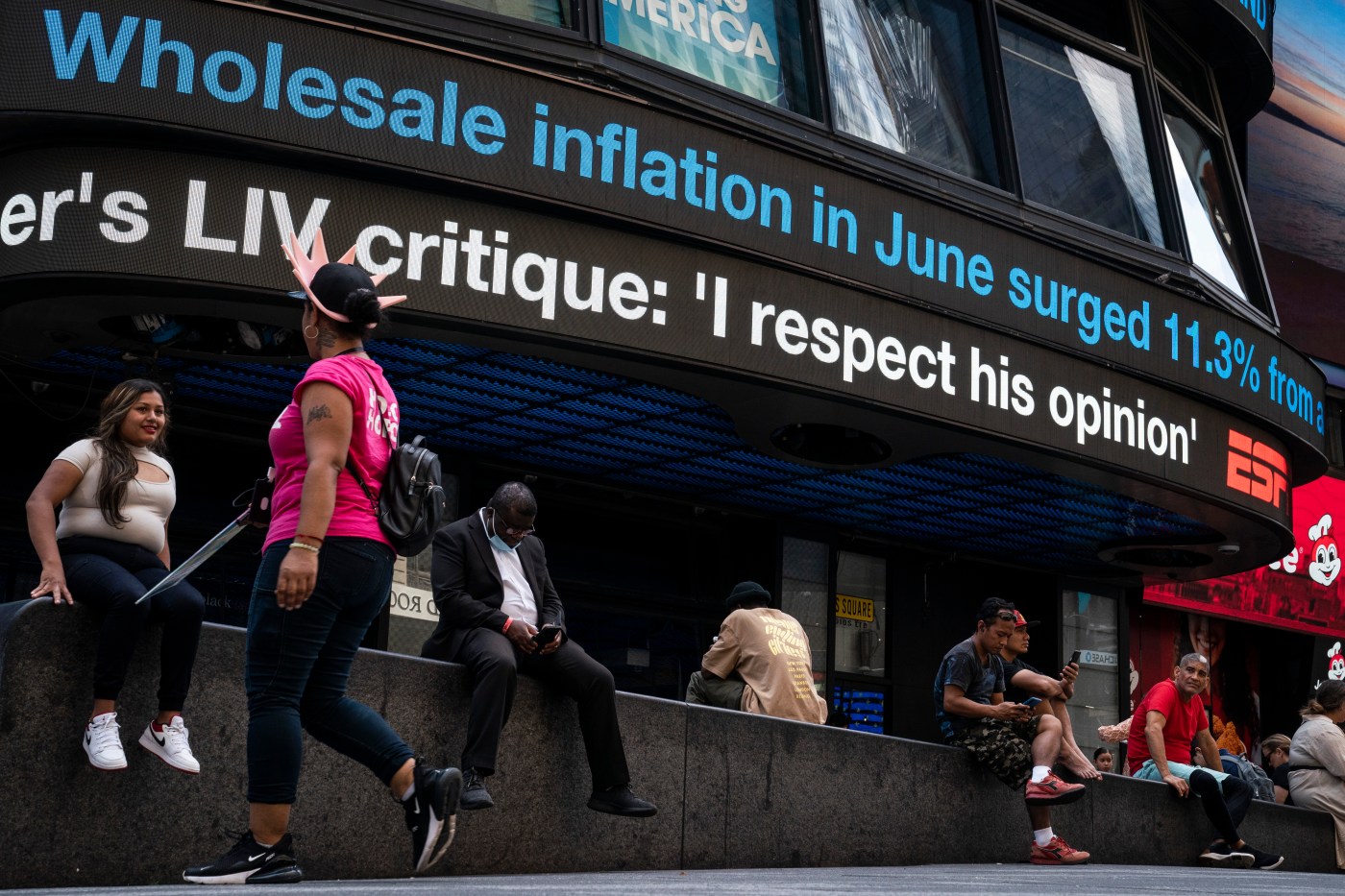 Once a fading memory in the United States, inflation is now out of control in the catastrophe that is Dementia Joe Biden’s America.

But let’s look on the bright side of Brandon’s double-digit inflation – it’s getting easier and easier to lose weight. As the Democrats attempt to turn the U.S. into Venezuela, consider what happened there when Hugo Chavez and Nicolas Maduro got a chance to work their socialist magic.

In 2018, it was reported that the average Venezuelan had lost 24 pounds in the previous year, thanks to food shortages brought on by runaway Biden-esque inflation.

That was the good news. The bad news was that animals in the national zoo in Caracas were slaughtered by starving Biden supporters, er, Maduro and Chavez voters.

I recalled this underreported upside of Biden’s south-of-the-border dry run when I saw a quote from someone on state-run CNN following the release of Biden’s latest Consumer Price Index (CPI) disaster:

“Inflation is eating his presidency alive at this point.”

Good to see that someone, or something, is still getting three squares a day.

For the record, the CPI last month rose 9.1 percent, and the Producer Price Index (PPI) shot up 11.3 percent. But who believes the numbers are that low? A website called Shadowstats computes the true inflation rate, the way the feds used to before…Democrats.

According to the real calculations, inflation under Biden last month was in fact 17.3 percent, up from 16.8 percent in May.

Jimmy Carter is looking better by the day, isn’t he?

I like to check in with my listeners weekly on what they’re seeing in what remains of the robust economy Brandon inherited 18 months ago. It seems like a long time ago — inflation was 1.4 percent and the price of gasoline in much of the country was still under $2 a gallon.

Let’s go straight to the texts and the phone calls:

Mike from North Carolina: “You know how you order chicken wings – 6, 8, or a dozen. Now instead of a price on the menu, it says, ‘MP.’ Market price. They’re pricing chicken wings like lobsters!”

People have slowly started returning to movie theaters. Let’s get some on-the-scene reports:

Mark: “My brother-in-law took his three young daughters and a friend to see ‘The Minions’ on Friday night. It cost him $93 at the concession stand for four little girls!”

A guy named Jack told me he went with his girlfriend to see the new Top Gun movie. He ordered a large popcorn with butter and the kid behind the counter told him they were out of butter. Out of butter! For popcorn! I asked Jack why he didn’t just buy some candy instead.

“I would have,” he said. “But they were out of candy too. All they had left was Sno-Caps.”

You know, that could be listed as one of the counts in Biden’s impeachment next year after the GOP takes control of the House of Representatives. Only Sno-Caps at the multiplex is either a high crime or a misdemeanor, probably the former.

Some of the ongoing calamities can be explained away, sort of. A guy texted to complain that a bottle of Sol beer had shrunk to 11.2 ounces. Apparently that’s a metric-sized container used outside the U.S.

It’s just that when you’re flush and not suffering through a dumpster fire of a brutally incompetent regime, you might not even notice that breweries are downsizing the product.

Back to the calls and texts.

From 207: “Saved a ton on food this Fourth. No one could afford to drive to my house.”

From 508: “Whatever happened to flounder?”

From 508: “Do you read the supermarket fliers anymore? I don’t, because there don’t seem to be any real ‘bargains’ in them anymore.”