Dems’ focus on one-party rule a threat to democracy 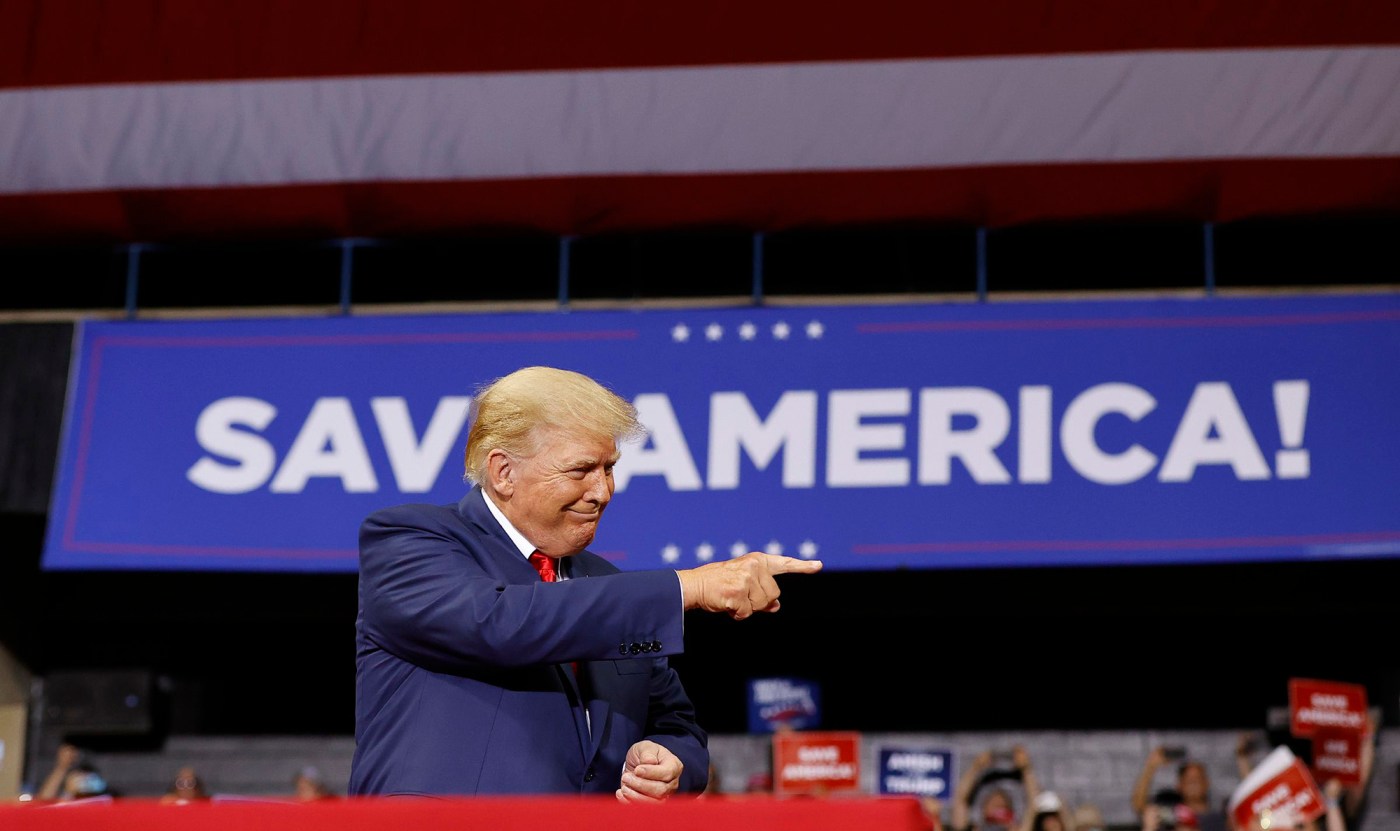 Blaming a segment of America for the acts of their failed leaders, further dividing America with angry rhetoric and scaring Americans is usually not the best way to lead a country. However, President Biden accomplished this feat in a recent speech.

There are threats to our Democracy. Ironically, the folks crying this are the ones causing it. We are being governed by one party, Democrats, which 74% of respondents in a recent Politico-Morning Consult poll believe are leading the nation down the wrong path. A vast majority of Americans have disapproved of President Biden’s job performance for months.

This begs the question — can our Democracy survive if in November America continues to give the keys to Congress to the same folks whose idea of change is to merely go faster in the wrong direction?

Republican or Democrat majorities in both chambers of Congress will determine who controls the agenda, the issues debated and legislation.

International concerns: China, Russia, Iran, North Korea and Afghanistan after the botched departure all loom large. Russia, post an apparent failed U.S. sanction strategy, has caused us to allocate more than $40 billion in aid to Ukraine, which will be added to our $31 trillion national debt. It is equivalent to the annual budget size of three federal government agencies. China has built up their military and has been threatening us for months to “fight to the death” over Taiwan. Thus some believe we are less safe today than prior to Democrats holding the White House and Congress.

Biden claimed that the extremist GOP are a threat to our Democracy, yet he did not object to his own party spending millions of dollars to boost far-right Republican candidates in Republican primaries.

And, for political reasons, Biden said he would build “not one more foot” of Trump’s border wall, yet he has approved the closing of border wall gaps in Arizona to help Sen. Mark Kelly, D-Ariz., in his re-election bid.

Yet, Biden would rather talk about the threat caused by folks who express a desire to make America great again (MAGA), formerly called “The Deplorables.”

The Trump vs. Biden saga is not new. The Vice President Aaron Burr vs. former Treasury Secretary Alexander Hamilton saga occurred during the early 19th century.

Remember Biden during the campaign when Biden said that he would “beat the hell out” of Trump if they were in high school? Well, Hamilton and Burr actually dueled to Hamilton’s death.

What was the root cause? Elections. Sound familiar? Burr ran against Hamilton’s father-in-law for a U.S. Senate seat in New York and prevailed. This reportedly angered Hamilton.

Hamilton actually prevented Burr from becoming president of the United States when Congress deadlocked over Jefferson and Burr. Each had 73 delegates after 35 votes of Congress over 70 days. Hamilton forcefully and persuasively moved just enough folks to go against Burr, which made Thomas Jefferson President and Burr vice president.

Hamilton then helped to thwart Burr’s run for governor of New York. Burr had had enough and challenged Hamilton to a duel with weapons.

Burr was later charged with the murder of Hamilton. After leaving the vice presidency, Burr was indicted for treason. He was never convicted of either charge, but he was brought down financially.

I have never seen a time when the person or team that won the contest continued to express anger at their beaten opponent. The Braves did not constantly attack the Astros months after beating them in the World Series.  The Rams have not attacked the Bengals after their Super Bowl victory. Why does Biden incessantly seem compelled to go after Donald Trump?

In America, the party out of control is referred to as the loyal opposition. Biden seems to prefer the failed China and Russia model where there is absolute one-party control while surgically demonizing or destroying any opposition.

Gary Franks served three terms as U.S. representative for Connecticut’s 5th District. He was the first Black Republican elected to the House in nearly 60 years and New England’s first Black member of the House. He is the host of the podcast “We Speak Frankly.” Follow him on Twitter @GaryFranks.