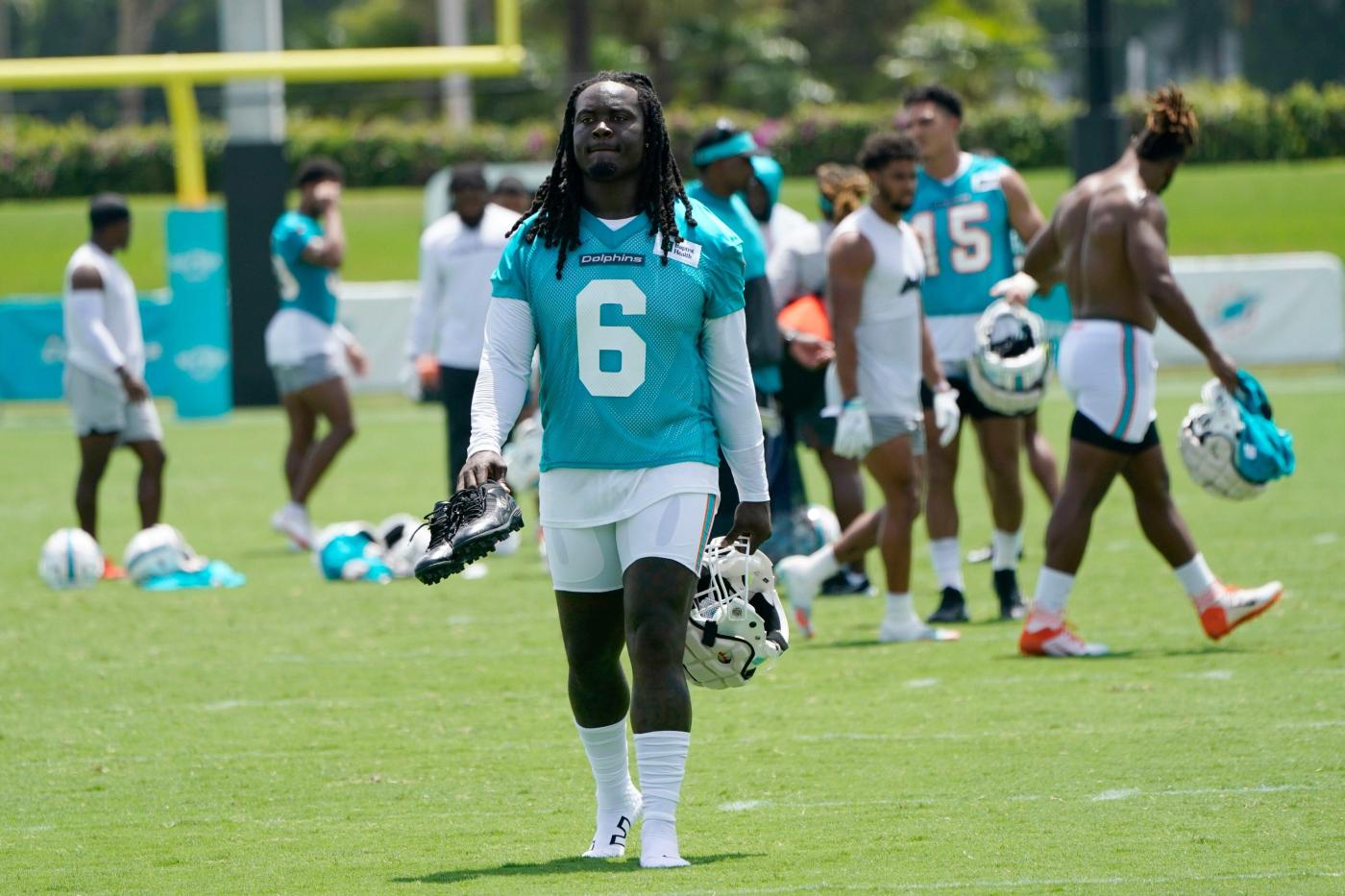 The linebackers were the most interesting unit of the first Dolphins’ depth chart. Melvin Ingram is listed as an outside starter over Andrew Van Ginkel. That’s not a big deal as both will play. The point here is they like Ingram this much, though the larger point is to ask if the Ingram of August will be the same as the Ingram of December and January. He’s 33 with a history of injuries. He had stops at two blue-chip franchises, Pittsburgh and Kansas City, the last two seasons and didn’t stick. But if the Dolphins get anything close to the Melvin Ingram of the Chargers then they have found someone valuable. We’re still in the message-sending part of an NFL so we don’t know if the Dolphins’ message is they like Ingram this much or want to push Van Ginkel. Maybe both?

2. A couple of items regarding the Dolphins’ tampering penalties for recruiting Tom Brady back to his New England days and Sean Payton from New Orleans:

A. New England owner Robert Kraft pushed the NFL to penalize the Dolphins, according to a league source. It’s unclear how much sway his voice had in the proceedings, but you can understand Kraft’s anger at realizing Dolphins owner-in-waiting Bruce Beale recruiting Brady during his final Patriots year in 2019. Still, for tampering that was historic in scope, according to NFL Commissioner, being penalized a first-round pick in 2024 and a third-round pick next year isn’t a historic penalty. Why? Because every team tampers. None just do it as openly as the Dolphins in this instance.

B. The league source also offered what he says is a “league-wide belief:” The fact Don Yee was the agent of both Brady and Payton says he told their story on the tampering on the condition they’d suffer no penalties or even reproachment from the league.

3. A month from the opener, let’s look in at how the New England offense looks with Matt Patricia and Joe Judge in some un-defined roles of running it. Take this from long-time Patriots reporter Greg Bedard:

Arguably worst start of offense to camp”,’’ he tweeted from Monday’s practice before listing the plays: False start 77, Stuff Incomplete, Stuff at handoff, Sack Flat 1yd would have been blown up if live, Incomplete, Sack on a waggle 1 yard pass blown up by Wilson, Stuff 5 yards flat to Meyers.”

And ESPN’s Mike Reiss: “A thought after watching the Patriots offense look efficient in 7-on-7 but struggle notably in multiple 11-on-11s: Might be time to give (legendary Patriots offensive line coach) Dante Scarnecchia a call for an independent evaluation.”

Here’s the counter-read to this: The Patriots defense must be great?

4. If the Dolphins even get a seventh-round draft pick for Preston Williams, GM Chris Grier is the early leader for executive of the year. Is there a market for a player who went undrafted, has played half the games in three years due to injury and had one catch for seven yards in 2021? The Dolphins had him compete for a job for the first time since his rookie training camp. The results are speaking. So, yeah, listing him as second team is either to bolster his (cough) trade value or …

5. It’s a statement of how thin this Dolphins receiving corps is. Remember when GM Jeff Ireland said on HBO’s Hard Knocks he has, “fours, fives and sixes,” in his receiving group but needed to fine some “ones, twos and threes?” It’s about the opposite issue here. Tyreek Hill and Jaylen Waddle are No. 1 receivers. Cedric Wilson is No. 3, and it seems rookie Eric Ezukanma is No. 4 in training camp. Undrafted rookie Braylon Sanders looks like a player you want on the practice squad to develop. But then? What to think of Lynn Bowden Jr., River Cracraft and Trent Sherfield? A team typcially has a special teams wide receiver and that appears like Cracraft. And let’s remember there’s been no hitting of receivers just yet so they’re typically overrated in summer workouts.

6. The depth of this roster is the concern – just as it is in many teams. The healthiest team often wins. It’s not just the offensive line and receivers. Look at cornerback. Xavien Howard and Byron Jones are as good a unit as any team. Nik Needham is a solid third cornerback. But after that? Noah Igbinoghene is listed as the fourth cornerback and he couldnt’ get on the field his first two years. Has he improved that much? The saying in football is you can never have enough offensive tackles and cornerbacks. The Dolphins must be looking for cornerbacks, just as many teams are.

7. The three players this Dolphins season can’t lose: Hill, cornerback Xavien Howard and left tackle Terron Armstead. Hill is the most dynamic player on the team – maybe in the league. Howard isn’t just a game-changer but frees up the defense to do many things. Armstead is the anchor on an offensive line. It’s not just their talent, though. Again, it’s depth. Look at the line. There are three uncertain players are in new positions: center Connor Williams, right tackle Austin Jackson and left guard Liam Eichenberg.

8. That said, remember when the Dolphins constantly juggled players across the offensive line all last training camp? Eichenberg started at right tackle, moved to guard, then had time at left tackle. His head had to be spinning. This coaching staff made decisions on where to put players and is letting the players sink or swim in those positions all summer. We’ll see how it goes through combined practices with Tampa Bay and the preseason. But this gives them the best chance to succeed.

A. Speaking of the Patriots camp, Devante Parker is listed as a second-team receiver. No great surprise. He was among the worst receivers getting separation the last three years. His one big year came when Ryan Fitzpatrick threw jump balls to him. He can get those. The question is if you want a one-trick receiver like that.

B. Which team is going to sign former Cleveland center JC Tretter?

C. Mekhi Becton suffering an injury to the knee that knocked him out last season is about the worst news the New York Jets could have in August.

10. A reminder: The fun part of the summer is players at taking steps. That’s why hope and optimism bloom across almost every team right now. Mike McDaniel has done a great job of changing the feel around this team into one of that hope and optimism. But no one really knows how big of steps any player takes until September.