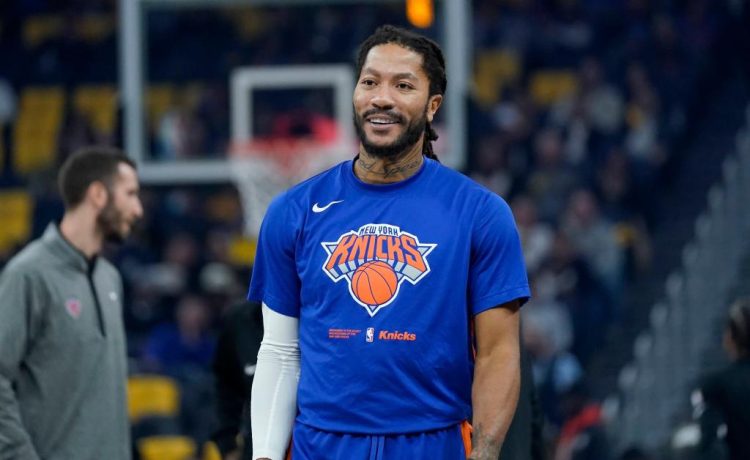 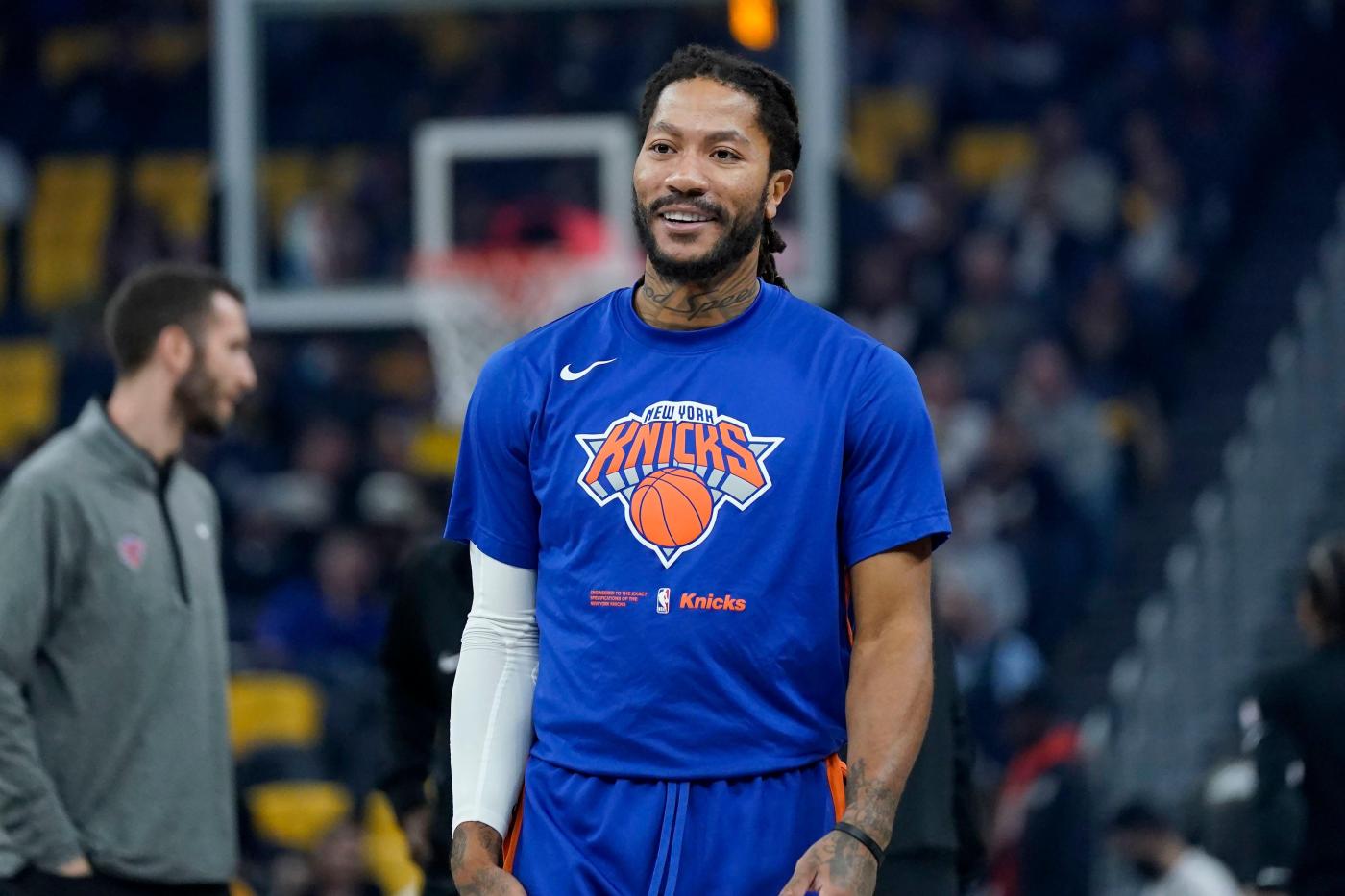 CHICAGO — Derrick Rose’s latest homecoming wasn’t what he envisioned, but the famous Chicagoan is making the best of his DNP status and is happy for his replacement, Deuce McBride.

Rose, the elder statesman on the Knicks roster, hadn’t played in four straight games heading into Wednesday night at the United Center, the arena where he starred for the Bulls and became the NBA’s youngest MVP in 2011.

The circumstances make Rose a natural trade candidate, and the Knicks have reportedly “shown a willingness” to deal the point guard. The Mavericks have expressed a level of interest, a league source told the Daily News, but are also waiting to see what they have in newly-signed Kemba Walker.

Asked Wednesday if his future is with another team, Rose responded, “I don’t know. I really don’t know. I want to stay here but if things switch it may have to be somewhere else.”

“I don’t know [how far my career will go]. But I feel good though,” Rose added. “I want to be able to walk away whenever I want to walk away. And smile while I’m doing it. And right now, it’s like, who knows? As long as I can move around, that’s all people want to see. See how many games I play. It’s not about stats anymore. They just want to see how many games I play.”

The Knicks won four straight games immediately after Rose was pulled from the rotation, as Tom Thibodeau turned to McBride for a greater defensive presence. Thibodeau said Wednesday Rose “is at a stage in his career where he’s embraced everything,” which includes mentoring McBride and Jalen Brunson.

Meanwhile, Rose said he’s not paying attention to trade rumors. At least not yet.

“I haven’t. If we were losing, probably. But I like winning. I’m a winner. I like being around a locker room where the vibrations are just winning,” Rose said. “And they got Deuce playing ahead of me. I can’t hate on that young man. I had him over for Thanksgiving last year. Real cool with his family members. I love the way he’s playing. I would feel a way if I was hating in any type of fashion. So I’m happy for him.”