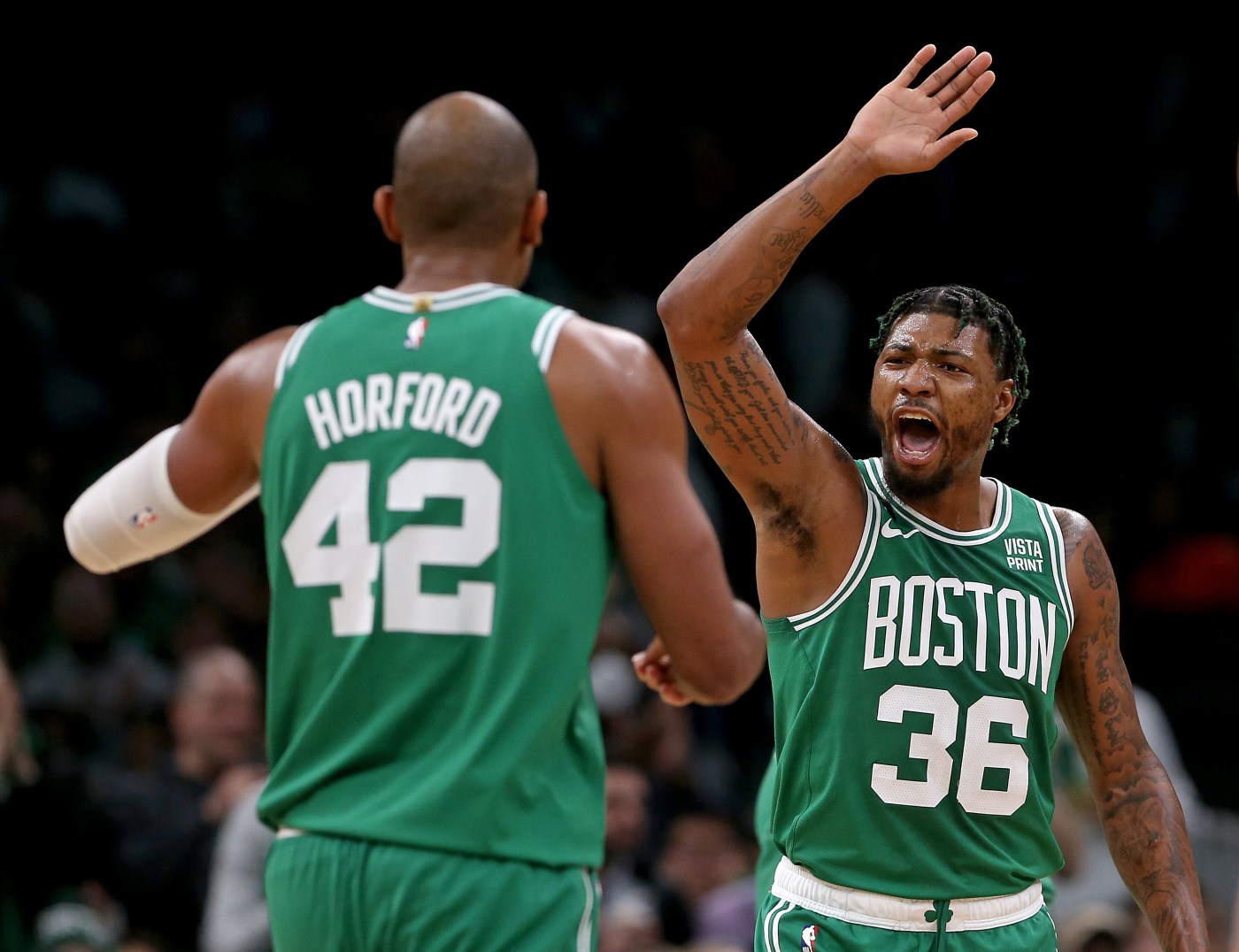 The Celtics weren’t happy with their first effort against the Clippers earlier this month in Los Angeles. Their star duo of Jayson Tatum and Jaylen Brown didn’t play up to standards. They lost their poise in one of their worst offensive performances of the season.

Given a chance to redeem themselves Thursday night, their stars showed up. And even without their best bench player, their role players stepped up to close out their homestand on a high note.

Tatum and Brown each scored 29 points as they matched the efforts of Clippers stars Kawhi Leonard and Paul George and carried the Celtics to a winning position down the stretch, and they got some help to clinch a big victory. Marcus Smart had 17 points and nine assists, and Derrick White and Al Horford made several key plays in the final minutes as the Celtics finished a 116-110 victory over the Clippers.

The Celtics (26-10) are on a four-game winning streak as they head west for a road trip starting on New Year’s Day.

The Celtics led by five with 5:32 remaining when the tides could have shifted in LA’s favor. Brown was whistled for an offensive foul – his fifth – and Celtics acting coach Damon Stoudamire’s challenge was unsuccessful. Brown went to the bench, but his teammates helped pick up the slack.

On the Celtics’ ensuing offensive possession, White made a strong drive to the hoop and completed a three-point play. After Reggie Jackson responded with a 3, the Celtics answered again. Tatum drew a double team and passed it to White, who kicked out to a wide-open Grant Williams who drained a 3.

Smart then forced a turnover on George and raced in for an uncontested breakaway layup to make it a 10-point game.

The Clippers didn’t quit, though, clawing back to make it a three-point game with 1:02 left on a Leonard jumper. After Tatum missed a 3 on the ensuing play, the Clippers had a chance to tie. But George’s layup was blocked by White. Tatum missed a floater the other way, but Brown corralled the rebound, was fouled and made two free throws to effectively ice the game.

On the next Clippers possession, Marcus Morris’ layup was blocked by Horford to seal the game.

The Celtics led by 11 at halftime but the Clippers got hot from long distance and went on a run to open the second half, as Reggie Jackson, Paul George and Marcus Morris hit three consecutive triples. The Clips tied the game at 67 on Ivica Zubac’s layup. The Celtics stayed afloat and the game stayed within four points throughout the rest of the quarter, but they gave up seven 3-pointers en route to a 36-point period to allow the Clippers to take a one-point lead into the final quarter. But with Tatum on the bench to start the final period, Brown and the Celtics pushed out to take a lead.

Other observations from the win:

– The Celtics’ starting five from last season’s run to the Finals – Tatum, Brown, Smart, Horford and Williams – haven’t played much together since Williams returned from surgery. With 5:06 left in the second quarter, Stoudamire put them together and the group finished the half together. The initial returns were good as the C’s used strong defense to propel them to a 9-0 run. But after a Clippers timeout, the defense slipped as they let up 12 points and several easy buckets over the last three minutes of the half.

Still, the stint was encouraging as the Celtics look to get their strongest unit back to cohesion. They finished that period with a plus-7, with Williams’ putback at the buzzer giving the C’s an 11-point halftime lead. Williams continued to look strong, too, with six points, six rebounds and a ferocious block earlier in the game.

– Sam Hauser probably can’t wait for the calendar to turn to January because he couldn’t buy a 3-pointer this month. After shooting 55.6 percent from 3 in October and then 46.2 percent in November, Hauser’s percentage from deep plummeted to 28.8 percent in December after making one of three attempts on Thursday.