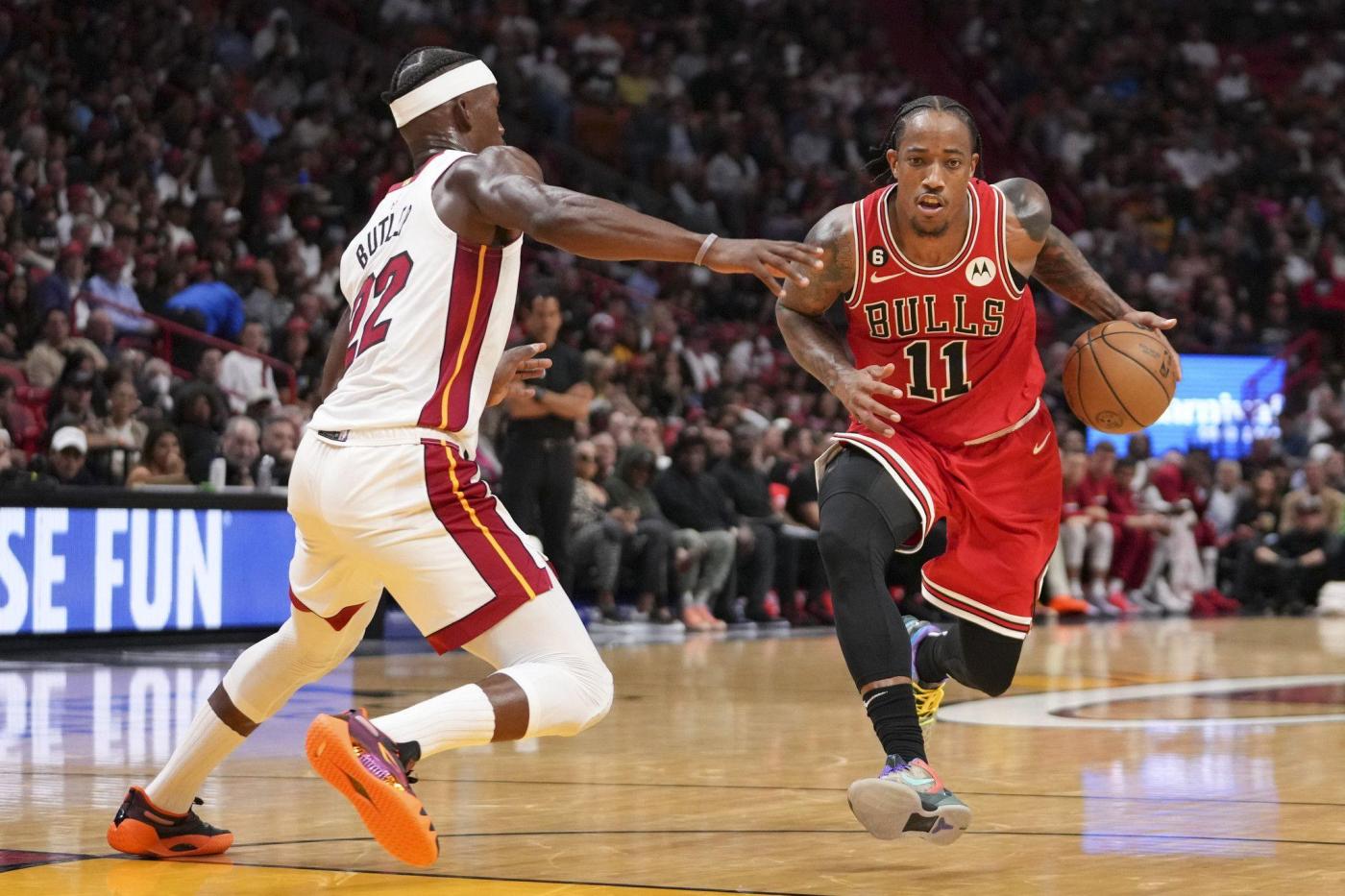 DeMar DeRozan made a statement on opening night — he isn’t going anywhere.

The Chicago Bulls star scored 37 points Wednesday, leading his team to a statement win over the Miami Heat to quiet the first wave of questions facing the Bulls and DeRozan this season.

DeRozan is used to the chatter. It seems to swarm ahead of every season — this is the year that DeRozan will run out of gas, out of options, out of buzzer beater shots and fourth quarter heroics.

DeRozan’s feelings on those doubts are fairly simple.

DeRozan isn’t quite sure why anyone would think his career is heading toward a decline. Last season was the best of his 13-year career, averaging 27.9 points and 4.9 assists per game. His late-game wizardry only seems to improve with each season.

So why does he keep facing questions about whether age has finally caught up to him? DeRozan doesn’t have the answer.

“I have no clue where people get that from,” DeRozan said. “All seriousness, I don’t even know what you base it off, where you get it from. Can’t nobody ever speak for me. I know what I put into this game in the offseason, how much I love this game. I can assure you that not many guys in this league work as hard as I do.”

For Donovan, it’s easy to know what to expect from DeRozan. The star was a rare source of consistency in 2021-22, missing only six games in a season punctuated by COVID-19 and injury absences that sidelined nearly every other key player on the roster.

That consistency is built in the summer, when DeRozan follows a “hell” schedule of workouts crafted years ago with Kobe Bryant. After watching what DeRozan puts himself through in the offseason, Donovan said there was no questionDeRozan would be well-prepared.

Said Donovan: “What he puts himself through to get himself ready for an NBA season, the amount of time he spent with Kobe Bryant, his whole routine and what he does in the summer, the grind that he was himself through — that prepares you for these situations.”

DeRozan’s scoring can often seem lopsided on the box score, and that was reflected in Wednesday’s victory. He scored only six points in the first quarter, then added a single field goal in the second.

But what appeared to be an off night evaporated in 12 minutes when DeRozan scorched the Heat for 19 points in the third quarter. He went 11-for-16 to score 28 of the team’s 59 second-half points.

This is a common pattern for DeRozan, but he isn’t a slow starter. DeRozan said he prefers to feel out a game, spending the first half focused on how to best fuel his teammates before allowing himself to throttle up to full speed.

“That’s my M.O.,” DeRozan said. “Beginning of the game, I just want to help us get open shots, kind of walk the game down. It’s a long game, it’s 48 minutes. It’s not all about coming out, trying to score, score, score right away. It’s about feeling out the game. … When a game slows down, when it gets to that time to win a game, I try to go out there and do my job.”

The Bulls don’t want DeRozan to have to do it all this season. The Bulls know they can’t count on DeRozan to score upwards of 35 points per game, even if he did break a Wilt Chamberlain record last season. “Hero ball” can be effective for surviving games, but the Bulls need to thrive around DeRozan, not off of him.

But Wednesday still proved a point. DeRozan is here, ready to match — if not exceed — his best season yet.

If people still want to talk, DeRozan says, let them.