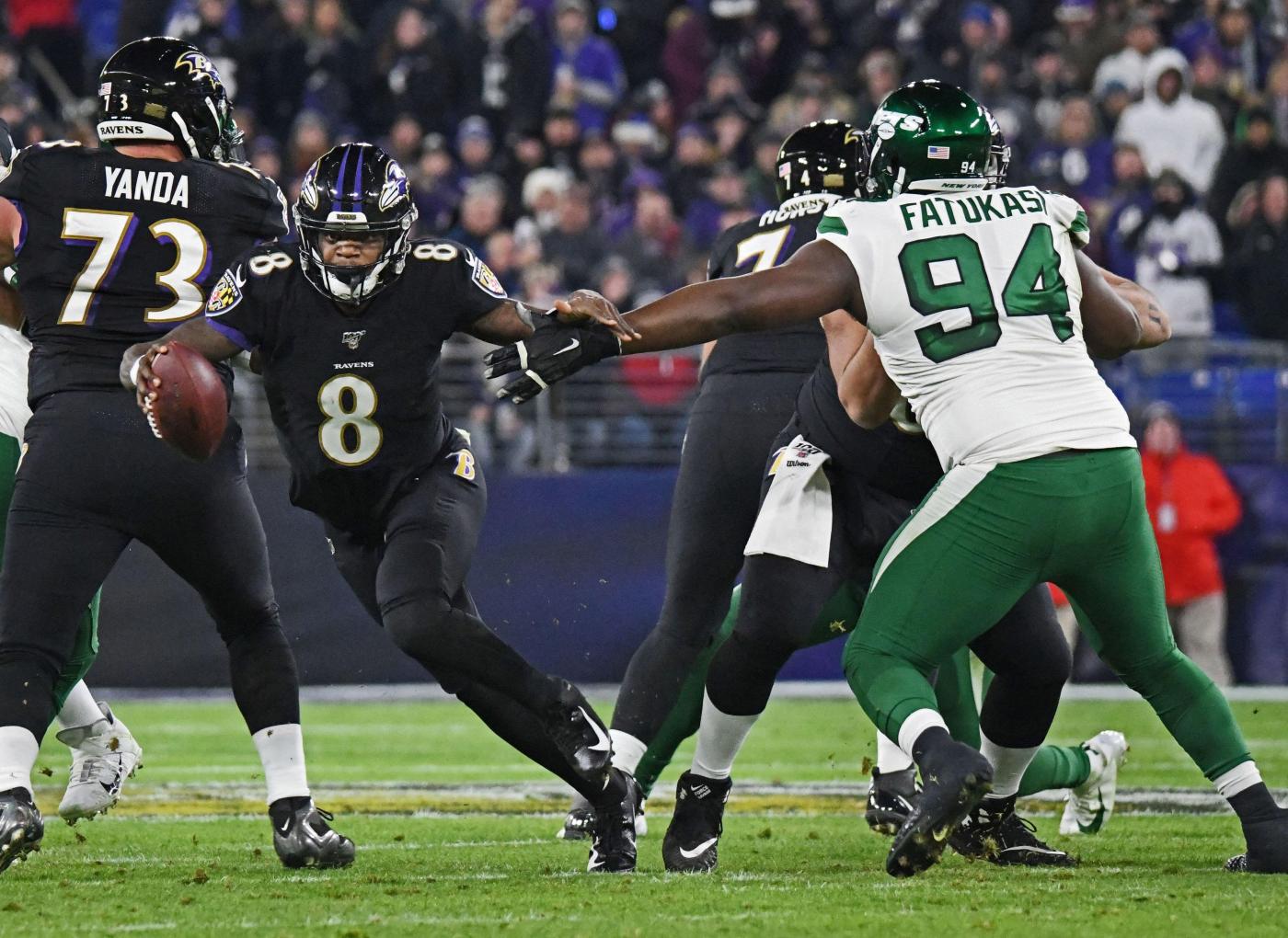 The Ravens are touchdown favorites over the New York Jets ahead of their season opener Sunday in East Rutherford, New Jersey, according to Las Vegas sportsbooks.

The Ravens opened in May as four- to five-point road favorites, but the line has since risen to seven. Both teams could be without front-line starters at MetLife Stadium, most notably Ravens left tackle Ronnie Stanley (ankle), running back J.K. Dobbins (knee) and cornerback Marcus Peters (knee), as well as Jets quarterback Zach Wilson (knee) and cornerback D.J. Reed (knee).

The Ravens are 5-1 in Week 1 since 2016, with their lone loss coming to the host Las Vegas Raiders in last year’s “Monday Night Football” matchup. The Jets, meanwhile, are 1-5 in their openers since 2016, losing both of their home games.

Depleted by injuries, the Ravens ended last year on a six-game losing streak, their longest under longtime coach John Harbaugh. They were favored just twice in that span, both times against the Pittsburgh Steelers. The Jets lost five of their final six games last year and were favored just once in that stretch, beating the Jacksonville Jaguars.

The Ravens lead the all-time series 9-2 and have won nine of their past 10 meetings. They last played in December 2019, when quarterback Lamar Jackson passed for five touchdowns in a 42-21 home win.