Todays Though > News > Despite Magic’s 0-3 start, No. 1 pick Paolo Banchero remains ahead of the curve – Boston Herald
News

Despite Magic’s 0-3 start, No. 1 pick Paolo Banchero remains ahead of the curve – Boston Herald 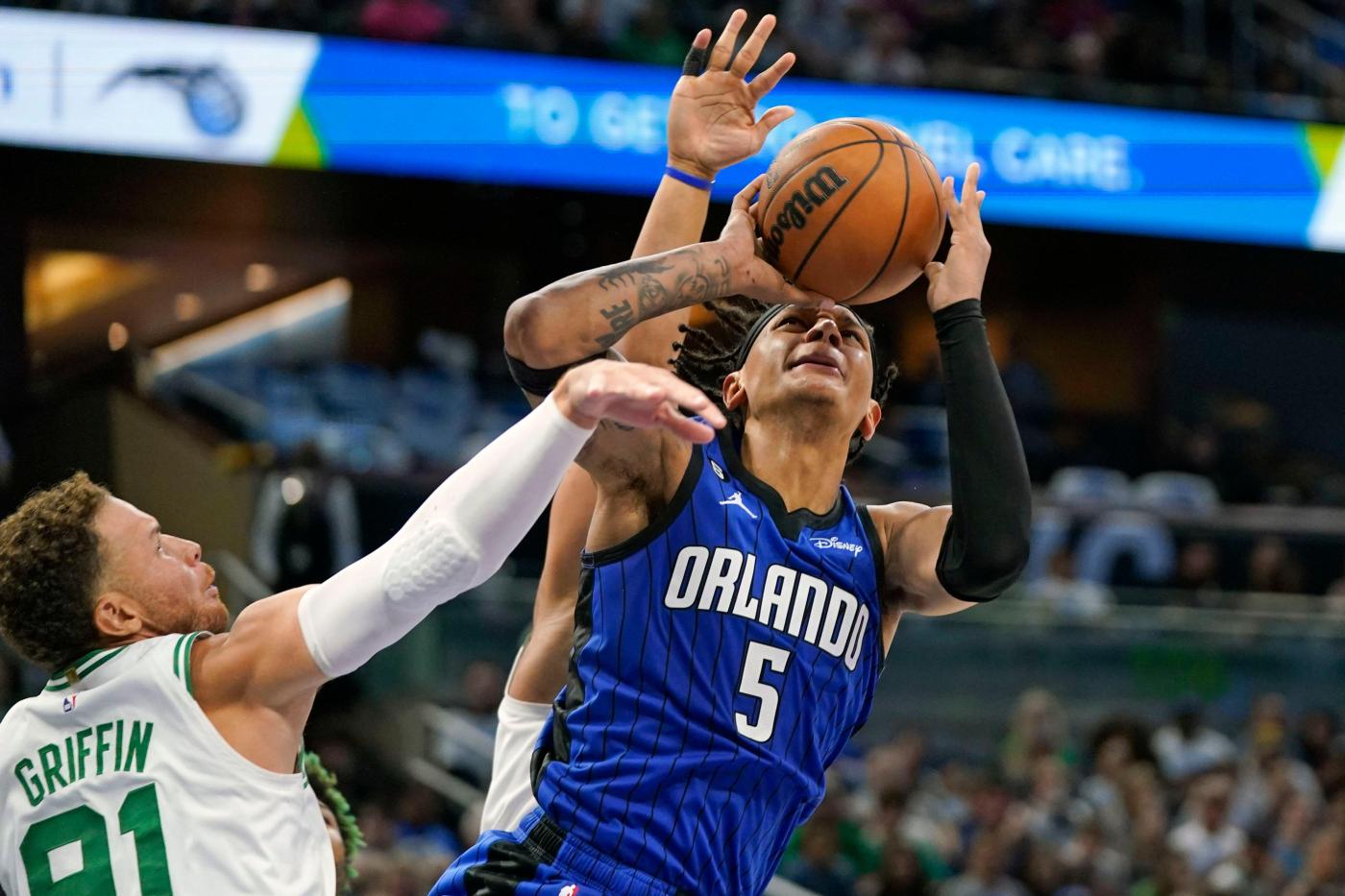 Orlando Magic rookie Paolo Banchero was in a familiar situation during Saturday’s home-opening loss to the Boston Celtics: All eyes were on him.

A crowd of 19,299 inside Amway Center, the fifth-largest in the Magic’s history, made it clear with its ovation for Banchero during player introductions — by far the loudest for any player — that it came to see more than a game.

Banchero is expected to be a star who changes the trajectory of a long-suffering franchise that has qualified for the postseason just twice since 2013 and last advanced past the first round in 2010.

“It’s exciting to see the stands packed like that to watch us play. It gives us a lot of energy. This being the first home game, we wanted to come out and play hard for the fans and give them a good show,” Banchero said. “I think we did that. We just came up short. I’m looking forward to future home games.”

After road games at the New York Knicks (Monday) and Cleveland Cavaliers (Wednesday), the next chance at Amway comes Friday vs. the Charlotte Hornets.

With his 23 points, Banchero outscored O’Neal in his home debut by 11. O’Neal also had 8 turnovers and fouled out in 32 minutes.

Howard had 12 points and Hardaway just 5 in their debuts.

The only difference amongst the group, which is probably the most important factor in the bigger picture, is the other No. 1s won their home debuts.

But Banchero played against the Celtics, last season’s Eastern Conference champions and stocked with the same core players. O’Neal, Hardaway and Howard didn’t debut against a team with a winning record the previous season.

Banchero set high expectations with 27 points, 9 rebounds, and 5 assists in Wednesday’s season-opening loss to the Pistons in Detroit. Then he produced 20-plus points in back-to-back matchups against the Atlanta Hawks and Celtics.

Saturday night, the first half started out rough for Banchero. He wasn’t attacking the paint and went into halftime shooting 3-for-11 from the field, including just 1-for-5 from 3, and had 2 turnovers.

“The little things matter. Free throws, turnovers, fouls, and all those things,” Banchero said. “You can play your heart out for three games but if you don’t do the little things, you’re not going to get the win.”

Things started to look up for the rookie in the second half, where he scored 13 points as he finally was able to get into rhythm.

Coach Jamahl Mosley believed that it was just a matter of allowing the game to slow down for Banchero.

“Early on, just trying to get himself going into the game, I think that was a big portion of it,” he said. “As he settled down, him getting to the basket, him looking to turn the corner and get the rim was much better down the stretch.”

Banchero had to figure out how the Celtics were defending him. NBA defenses are more complex than what even elite players experience in college, but sometimes the solution is simple.

“They came out sagging way off. That’s just how I am. If you sag off, I’m going to shoot it,” he said. “I missed the first four [shots] and then made the next two. I just have to keep shooting, just get adjusted.”

“People said this about me when I was coming in [the NBA], but once he truly learns the NBA’s in and outs, he’s going to be scary,” said Celtics forward Blake Griffin, the 2009 No. 1 overall pick who needed 12 games to score 20-plus three times as a rookie. “He didn’t back down from anybody. He’ll have ups and downs but he’s going to be fine. He’ll be good.”