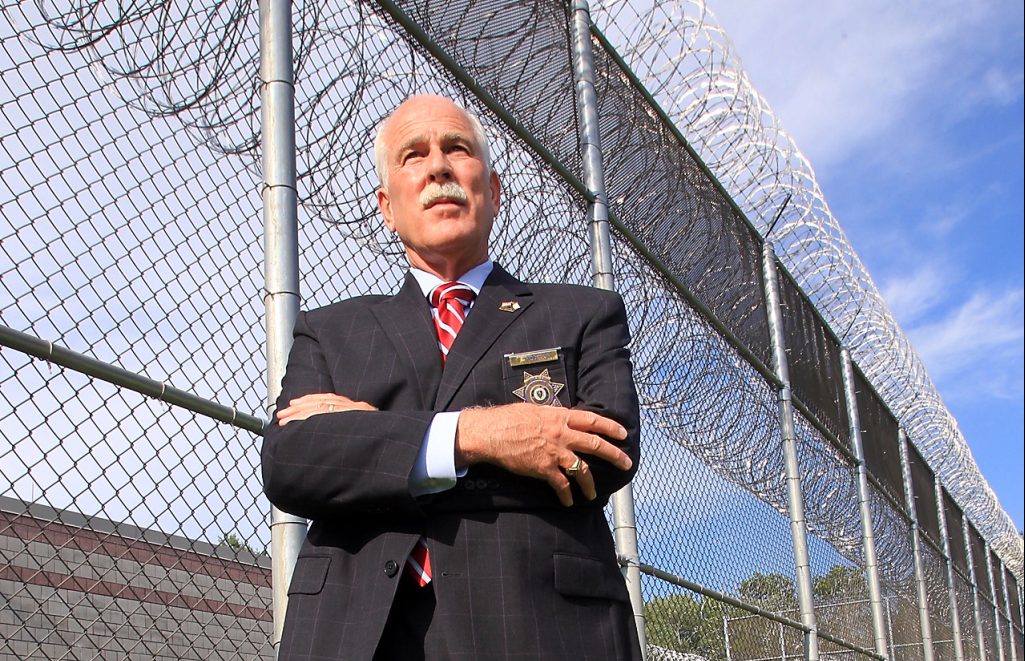 This morning, let’s consider the rap sheets of some of the one-man crime waves from the Third World who are suing Bristol County Sheriff Tom Hodgson for his supposedly beastly behavior towards undocumented Democrats.

In case you missed it, 17 current or former “detainees” have filed a federal lawsuit against Hodgson, some guards and a few feds for the traditional violation of civil rights blah-blah-blah.

The complaint runs 83 pages, filed by some goateed Soros-type hipsters from D.C. d/b/a Rights Behind Bars.

The only significant facts to remember are: 1) Sheriff Hodgson is a Republican and 2) he’s running for reelection this year.

Like congressional candidate Dean Tran’s criminal indictment, most everything in this filing is ancient history, dating back to a jailhouse riot in May 2020. But as election day nears … Democrats.

To get an idea of the seriousness of the suit, read its first words:

“The COVID-19 pandemic has devastated the planet. As of the date of this filing 6.2 million people have died from the illness …”

Lies, damn lies and statistics — did the moonbat mouthpieces get their ever-changing numbers from Charlie Parker’s corrupt Department of Public Health?

The key to dusting up Hodgson before the election is the allegation that he and his crew of MAGA Deplorables somehow abused these humble, polite, law-abiding illegal immigrants.

Among low-info Biden voters, the myth of the noble Illegal is accepted as gospel, like, say, the fact that global warming is about to destroy the planet, Putin raised gas prices, there is no recession, or that Hunter Biden’s laptop is Russian disinformation.

As much as state-run media slobbers over these traditional staples of Very Fake News, the illegal-immigrant narrative falls apart rapidly whenever the limousine liberals encounter the gangbangers, child rapists and assorted other pachecos in their natural lawless state.

At that point, the blue-city mayors frantically demand that the National Guard be called out — which is exactly what DC Mayor Muriel Bowser did this week.

Needless to say, there’s nothing in the lawsuit about why these amigos suing Hodgson actually found themselves behind bars. But the answers are available, if you bother to look.

Back in 2020, some of these jailbird illegals were demanding to be cut loose because of the supposed health hazards they were facing during the Panic. Then-U.S. attorney Andrew Lelling (a Trump appointee) filed a public court document pointing out how the sinister foreign nationals demanding release were “Significant Risks to the Public and/or Risks of Flight.”

At least four of those 10 prisoners from 2020 are now plaintiffs in this latest Get-the-GOP-Sheriff lawsuit. Meet Marco Battistotti, an Italian.

Next we come to Conroy Desmond Lewis, a Jamaican national and convicted drug dealer in Connecticut (he got five years).

Next plaintiff: Flavio Andrade Prado Junior, an illegal from Brazil.

In boldface the feds wrote: “Andrade Prado was convicted in Brazil for the crime of rape in 2006.”

Another plaintiff in the case against the American sheriff is named Joao Fernandez, a Cape Verdean who has the exact same name and rap sheet as one of the 2020 jailbirds, except that his last name was spelled Fernandes.

Here’s what the feds said about Fernandes two years ago:

“Fernandes, too, must remain in ICE custody pending the outcome of his removal proceedings because he has a very dangerous criminal history with weapons charges, violence and a pending homicide charge.”

These are just some of the present or former inmates who are now suing the sheriff and other tax-paying U.S. citizens.

Other plaintiffs include aliens from Senegal, Kenya, the Dominican Republic, Ecuador (4), Honduras and Guatemala. One is a “member of the indigenous Quichua de Chimboraso people.”

After the suit was filed, Hodgson issued this statement:

“The recent lawsuit brought by criminal illegal aliens previously held at the Dartmouth jail is the latest political attack against me … The frivolous lawsuit has no merit.”

Meanwhile, in a related development, The New York Times this week denounced the “havoc” caused by Republican governors who are shipping busloads of these same illegals to zip codes populated by the Beautiful People. How dare they!

Like most Democrats, the New York Times supports importing millions of non-working, welfare-dependent aliens into the United States — just not into their own tranquil, gentrified, lily-white neighborhoods.

The Times profiled some illegals from Venezuela who arrived in Washington with no money, no skills, no English — nothing, except an overwhelming urge to go on the dole. They complained that “they were sent to a city shelter mainly housing Americans, where they felt unwelcome.”

This undocumented Democrat complained of the Biden voters he encountered: “The guys were yelling at us, and we couldn’t understand a word.”

I guess it never occurred to any of them to learn English before they arrived at the welfare office.

“It was clear they didn’t want us there,” he complained.

Senor, give me a call. I think it may be time for another class-action lawsuit against the evil gringos. The only problem is, where are the advocates going to find a Republican to sue in DC?