Todays Though > News > Did Heat find a better way once Tyler Herro was forced out? – Boston Herald
News

Did Heat find a better way once Tyler Herro was forced out? – Boston Herald 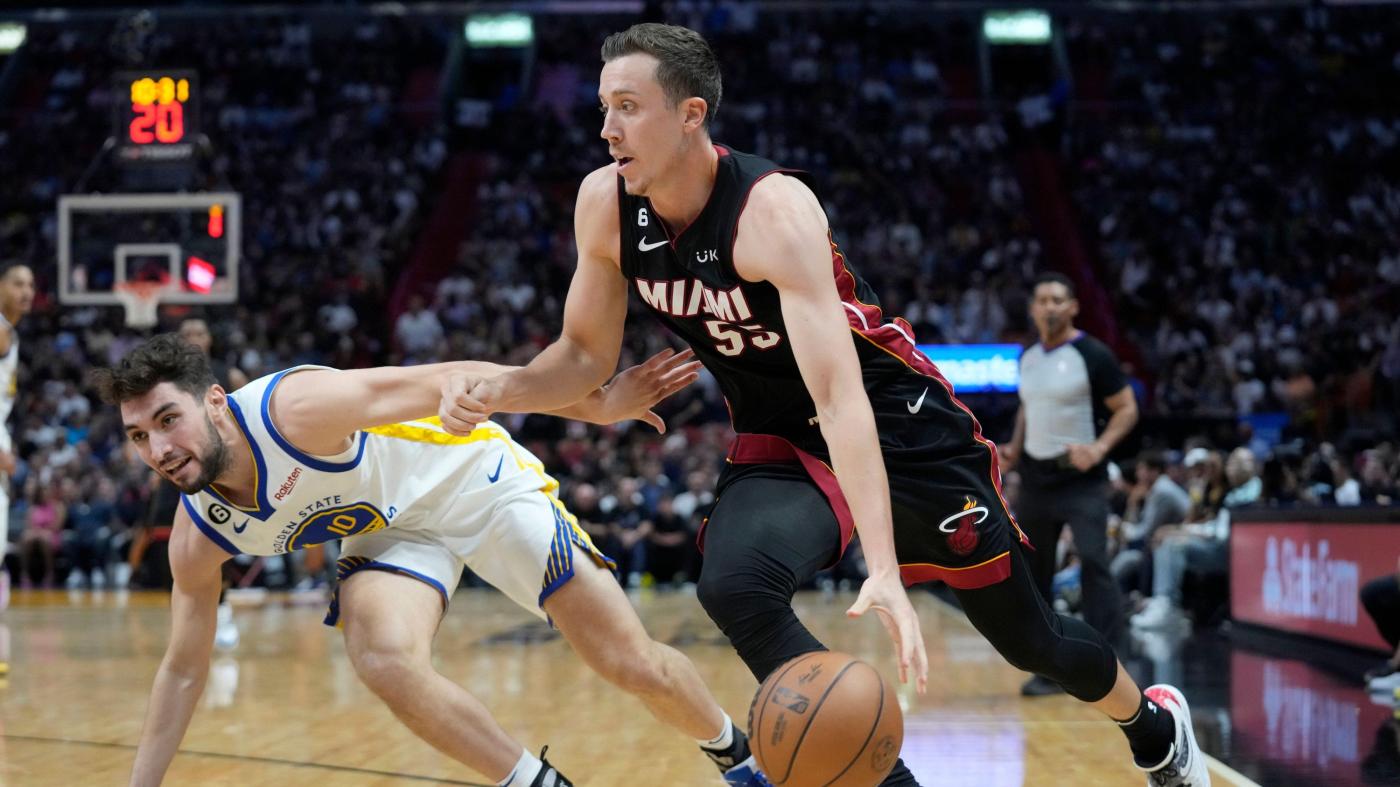 Q: Hey Ira, so Tyler Herro back to the sixth man? It’s not a demotion. That role could mean the difference between contender and tier two of the playoffs. – Cheryl, Fort Lauderdale.

A: Interesting to see this at the top of the mailbag, considering during my drive home someone else mentioned whether it was coincidence or not that the Heat had such a solid showing in closing out the Warriors in a game that Tyler Herro had to leave in the second period with an eye contusion. It’s not as much about Tyler being out as the Heat getting back to their ball-movement, dribble-handoff game and getting some of the best of Duncan Robinson and Max Strus, with the Heat having thrived with one or the other as a starter in recent years. Now, I don’t think a lineup change is coming any time soon. But it does show you that there is a different type of game that can get the Heat more easily to their preferred 3-point totals. It appeared to be more than coincidental. But, again, it’s also a half-of-one-game sample size.

Q: Now this is the Kyle Lowry we need. Active on both ends of the floor. – Joseph, Aventura.

A: In the second half? Absolutely. That’s when Kyle Lowry had 10 points, five assists and four rebounds in the victory over the Warriors. In the first half? Not so much. That’s when he had three points. The key is getting an earlier wakeup call with Kyle. A similar pattern Saturday against the Kings didn’t work out as well, even with Kyle coming on in the second half in Sacramento.

Q: This is what I was talking about a few days ago. Jimmy Butler needs more touches in the fourth. This is the end result. – Vergel.

A: It’s almost as is Jimmy Butler wants to be positioned in the fourth quarter for such moments, without having to drive the team to that moment. It is similar to how he upgrades his play for the playoffs. He is fine with heavy lifting at the moments of truth. It is the drudgery that seemingly gets in the way.