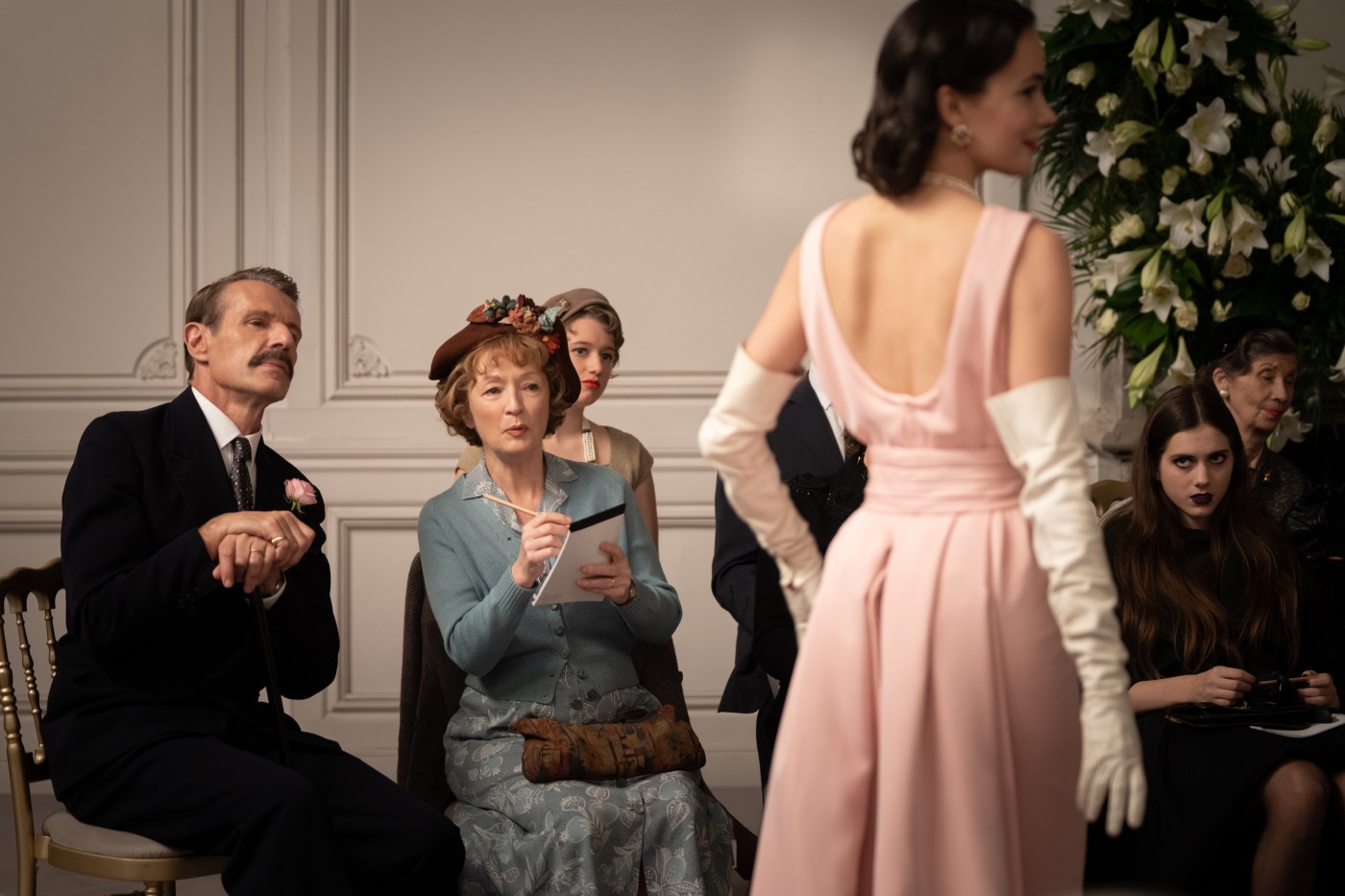 No one does lighthearted frippery like “Mrs. Harris Goes to Paris” as well, and at times as badly as the British.

A tattered, real-life Mary Poppins in a properly retro-era London, Ada Harris (Lesley Manville, “Phantom Thread”) is a beautiful, past-her-prime, cleaning lady/seamstress with a heart of gold, a twinkle in her eye, a fondness for working-class expressions, a best friend named Vi (Sierra Leon-born Ellen Thomas) and an overpowering hankering for a Christian Dior frock. Ada still grieves the loss of her husband Eddie, a soldier in World War II. This irresistible urge for the frock comes upon her after seeing such a dress in the closet of one of her clients, Lady Dant (Anna Chancellor).

Ada dreams of going to Paris to buy a Dior dress of her own. But Lady Dant’s idea of “economizing” is not paying Ada’s wages. Ada and Vi have been known to allow London neighbor Archie (Jason Isaacs) to buy them a port and lemon at the local pub, where we can hear Chuck Berry playing “Johnny B. Goode.” Ada has been known to toss things off Battersea Bridge and talk to the river Thames.

Suddenly, Ada’s luck changes. She wins a pool. Losses at the dog track are returned to her. She receives her husband’s long overdue back wages.

Paris, here she comes. She speaks almost no French. The garbage collectors are on strike. For some reason, Ada accepts a swig of wine from three strange Frenchmen. One of them accompanies her to the House of Dior on Avenue Montaigne. Out front, Ada helps a supermodel named Natasha (Alba Baptista, “Warrior Nun”), who has fallen. Ada runs afoul of of Dior’s aristocratic lady clients. But the Marquis de Chassagne (Lambert Wilson) takes a liking to her.

Dior directoress Claudine Colbert (a game Isabelle Huppert) despises this interfering English servant. But the House is in debt and will accept Ada’s cash money. She is scheduled for fittings with the snooty M. Carre (Bertrand Poncet), who notes that Ada has the “measurements of a model.” Ada befriends Dior executive Andre Fauvel (propitiously named Lucas Bravo), who is secretly in love with Natasha. What he and she do not know is that each are devoted existentialists and fans of Andre Bazin and Jean-Paul Sartre. Can it be long before hell-raiser Ada leads the timid workers at House of Dior on a strike?

This is Manville’s second run in with a fashion house. But “Phantom Thread,” this is not. Written by Anthony Fabian (“Skin”), Carroll Cartwright (“What Maisie Knew”), Keith Thompson (“The Sapphires”) and Olivia Hetreed (“Wuthering Heights”) based on a book by American screenwriter Paul Gallico (“The Poseidon Adventure”) and directed by Fabian, “Mrs. Harris Goes to Paris” is a pleasant enough way to pass the time and follow Ada’s dream, even if you don’t for a minute buy any of it. A pixie-dusted, steel-willed Manville keeps on believing and almost takes you along.

The Baptista-Bravo romance lacks fire, but generates warmth. Wilson is terrific as the melancholy widower marquis. The ever reliable Isaacs does not disappoint as the enamored working-class stiff. Thomas is a lot of fun as the ’60s-era BFF, and Chancellor is a hoot as the stingy, self-absorbed aristocrat.

One of the truly annoying things about “Mrs. Harris Goes to Paris” is that not one of the subsequent dresses in the film is as sublime as the one hanging in Lady Dant’s closet. It’s the garb of a forest nymph.