Todays Though > Finance > Dividend Review – April and May 2022
Finance 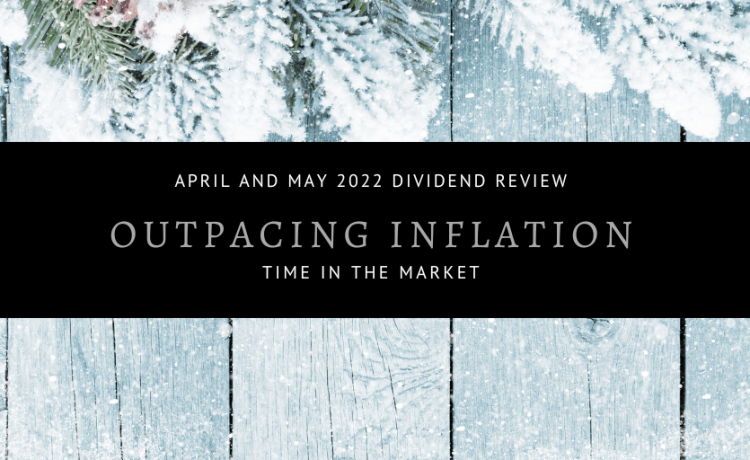 Inflation is high and everything is worthless! That seems to be investing mantra these days. Stocks suck, bonds suck, cash sucks, crypto sucks, everything sucks. What’s an investor to do when outpacing inflation is a must to succeed?

For me, I’ve just been chugging along. That’s the beauty of mostly index investing, you just keep plugging money into the market and eventually it will work out. I do think bonds are a tough pill to swallow in a high inflation environment but stocks should eventually outpace inflation and do well again. I did buy some I Bonds in the last two years since the yields there are nice and my TIPS allocation is finally starting to be decent.

As I’ve said in prior posts, most of my bonds are short term in nature, since the goal there is reliability and not growth. Long term bonds, especially in a rising rate environment, don’t always provide that.

I still hold some cash too simply because I have a 20% allocation to active trading and think there’s always something that will eventually become undervalued. I have seen some of that already. However, there’s still a risk of a recession ahead and valuations may become even more attractive. If rates are forced to keep rising to keep inflation at bay then today’s valuations are still way up there and could come down a lot more. However, if I’m wrong it’s not a big deal since I’m almost always fully invested.

I think inflation is one of the toughest economic conditions to work around especially when we’re stuck in a low rate environment. Costs go up but finances often lag those in a big way. That’s especially true right now as incomes are lagging inflation and so are most investments. In fact, stocks and bonds have moved in the opposite direction while inflation has soared to nearly 10%. It’s tough to lose 10-20% of your portfolio and also lose 10% of your purchasing power at the same time. I hardly doubt most of us have gotten 10% raises either.

If that continues for an extended period of time, it’ll make all these early retirement calculations much less valuable.

On the positive side, if there are any positives, it should mean better dividend growth going forward.

We’ve already seen that in higher bond yields and even cash yields that are starting to trend above 0%. However, it should also eventually flow into dividend growth rates that should in theory be higher than average due to rising revenue from inflation. However, inflation may also put pressure on earnings simply because it pressures the cost side of the equations and companies don’t always pass all those increase to the end consumer.

On top of that, certain industries can be more impacted by inflation and can’t always pass costs onto customers as easily. Plus, higher costs without higher waves leads to lower discretionary spending which may lead to a recession, lay offs and a big loop of suck where everything is pressured.

In short, it’s a real mess of a situation we find ourselves in and it’s too early to tell where it’ll take us. In the best case scenario, inflation calms down and in the worst case scenario, it keeps going and forces us into a deep long recession combined with job losses and other terrible things.

What a crappy few years it’s been!

With all that excellent stuff in mind, let’s actually get to the dividend updates and see if those are growing at a decent clip and outpacing inflation. I missed my April update so we’ll squeeze two months in here!

You can see the dip in 2020 as cash and bond yields dropped and I sold off some dividend paying stocks to buy some undervalued stocks that didn’t pay dividends.

It’s nice to see growth that outpaces inflation even though it does include contributions so it’s not fully driven by inflationary benefits to those dividends.

That money re-invested will help grow future income by $9.45 annually. Not a huge amount but compounding is certainly one of the ways these dividends should try to outpace inflation and continue to grow.

It’s also one of the benefits of continued investing and re-investing during a downturn. All these purchases are yielding more than they used to simply because I’m buying at lower prices. For dividend investors, prices don’t matter as much simply because you’re focusing on the dividends that each stock pays and as long as those payments aren’t reduced, lower prices are actually much better in the long run.

I’m not an investor that’s focused on dividends right now but dividend paying stocks have certainly held up better than growth stocks in this most recent downturn as people enjoy that reliability and focus more on companies that are cash flow positive.

Steve, my dividend employee, earned himself $1.95/hr. this month. Not a huge amount and certainly that hourly wage starts looking worse and worse as costs increase but hopefully my dividends will start to grow faster here and so will Steve’s wage.

Again you see that same dip in 2020 followed by decent growth year over year. I do think the reverse will start to happen now as bond yields and cash yields start to rise along with inflation and growth especially in these smaller months should be higher.

Re-investing this boosts forward income by $11.20 annually. Again not a big deal but every little bit helps.

Steve’s hourly wage for May was $2.32/hr.; a little bit higher than April.

For the year, that brings the total to $4022.97 which was all re-invested and boosts forward income by $116.66. Since that includes the bigger month of March, Steve’s hourly wage for the year is a more favorable $4.82/hr.

You can see that as the numbers get bigger, those reinvestments make a much bigger difference in forward income.

The nice part about this is that the biggest months are still ahead as evidenced by the below graph. Since I own mostly ETFs and index funds, the months of March, June, September and December carry the day due to the quarterly or annual payout nature of those holdings.

We’re already into June and soon I’ll start seeing some of those bigger index funds and ETFs pay out their quarterly payments. I’m not sure if growth here will be high as it wasn’t in March but we’ll see. It certainly won’t mirror these smaller months on a percentage basis but I’m hoping to see some growth.

Overall, the goal of outpacing inflation is clear and while that may take a while to start being seen, certain stocks have already begun raising dividends in a way that does just that. Lowe’s, one of my holdings, for example, recently raised their dividend 31% and while that sort of hike is a rarity these days, I think it’ll become a bit more common if inflation is here to stay. After all, eventually that money will start flowing to the bottom lines of companies that are inflation resilient and will show up in the form of higher dividends.

However, that means higher prices for consumers which may mean lower profits in general for a lot of industries and the negative things that may come with that.

I do think this is a very tough environment to be an investor and that’s likely not going to change anytime soon. It’s always nice to see dividends flowing in but harder when the purchasing power they may allow is so much less valuable. It’ll be important for these dividends to keep pace with inflation for this strategy to succeed.

Overall, not a bad series of months and I’m hopeful for a decent June as well. It’s impossible to predict the future so I’ll just keep investing and we’ll see what happens. 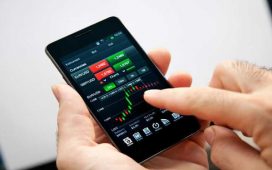