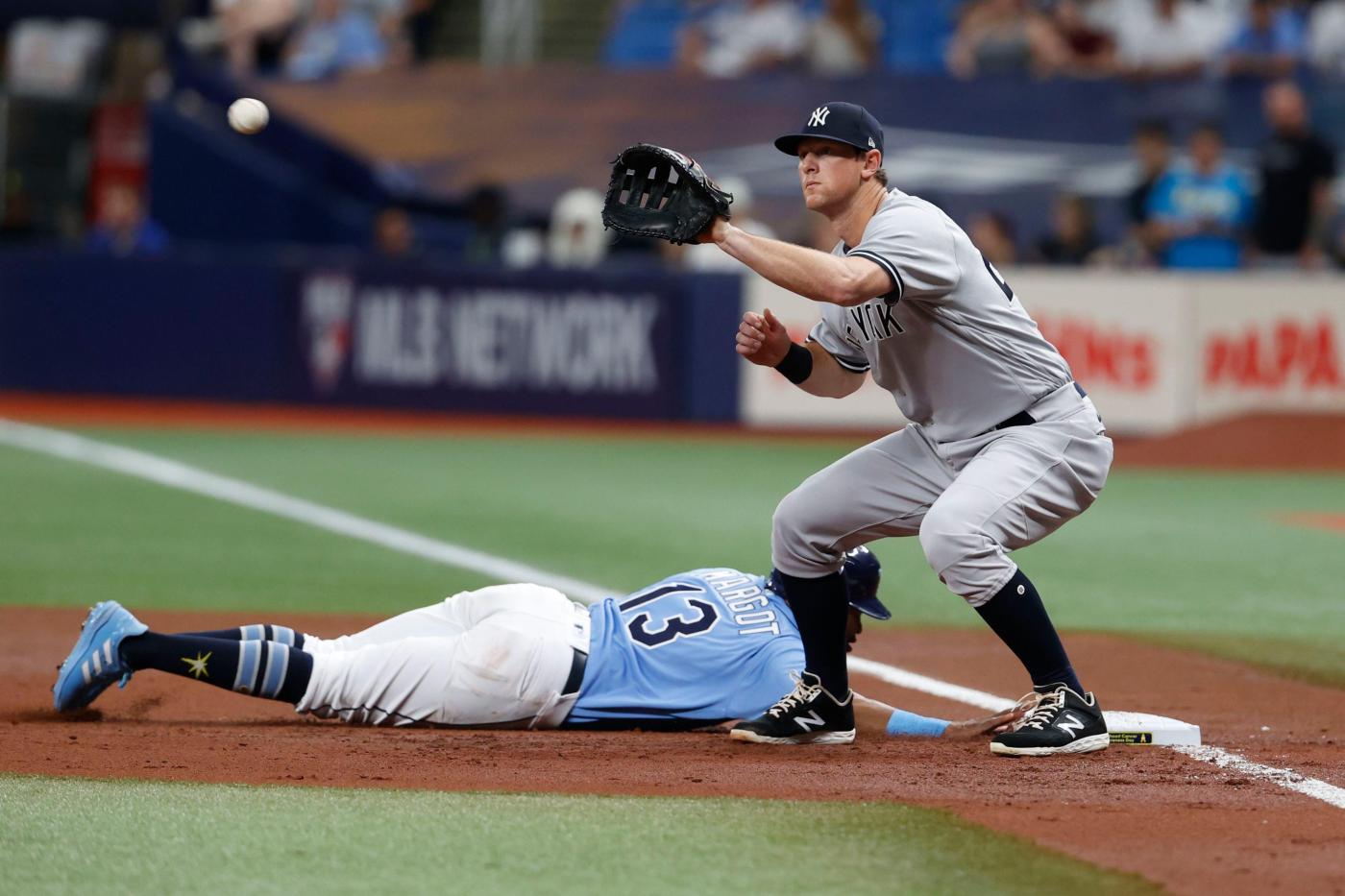 DJ LeMahieu joined the 10-day injured list Thursday and a crowded Yankees infirmary line. His lingering toe inflammation, which has clearly hampered LeMahieu at the plate, is one of the many setbacks to the lineup with just four weeks remaining in the regular season.

“I’m concerned about it. Obviously, it’s clearly compromised him,’ manager Aaron Boone said. “It’s prevented him from really getting off his swing.’

LeMahieu’s stint on the injured list is retroactive Sept. 5 and not surprising after Boone hinted the possibility during Wednesday’s doubleheader. LeMahieu has just one hit in his last 31 at bats, while his fellow Yankee slugger Giancarlo Stanton hasn’t played since Tuesday because of a sore foot.

Beyond the significance to the standings with a three-game series against the second-place Rays on the horizon, the lineup flux and lack of pop may also hinder Aaron Judge’s pursuit of the homerun record.

Judge nailed his 55th homer Wednesday but was also walked five times by the Twins in the doubleheader, including four times intentionally.  Avoiding Judge wasn’t a winning formula for Twins manager Rocco Baldelli – his team lost both games Wednesday – but it was effective since the Yankees failed to score after each intentional walk.

Without LeMahieu and the other big bats to supplement the offense, it’s easier adopt the ‘just don’t let Judge beat us’ philosophy.

Not that LeMahieu was providing much cover with a 10-for-78 stretch over his last 20 games. The 34-year-old sat out three games in August to address the toe injury, but the combination of rest and a cortisone shot clearly didn’t fix the issue.

Boone said the toe pain has affected his ability to pivot off his back foot. LeMahieu was available as a substitute in Wednesday’s doubleheader but remained in the dugout, along with Stanton.

LeMahieu, the two-time batting champ, dealt with a foot injury earlier this season and a sports hernia last season.

Miguel Andujar, who came up as the 29th man for Wednesday’s doubleheader, will remain with the team to take LeMahieu’s roster spot.