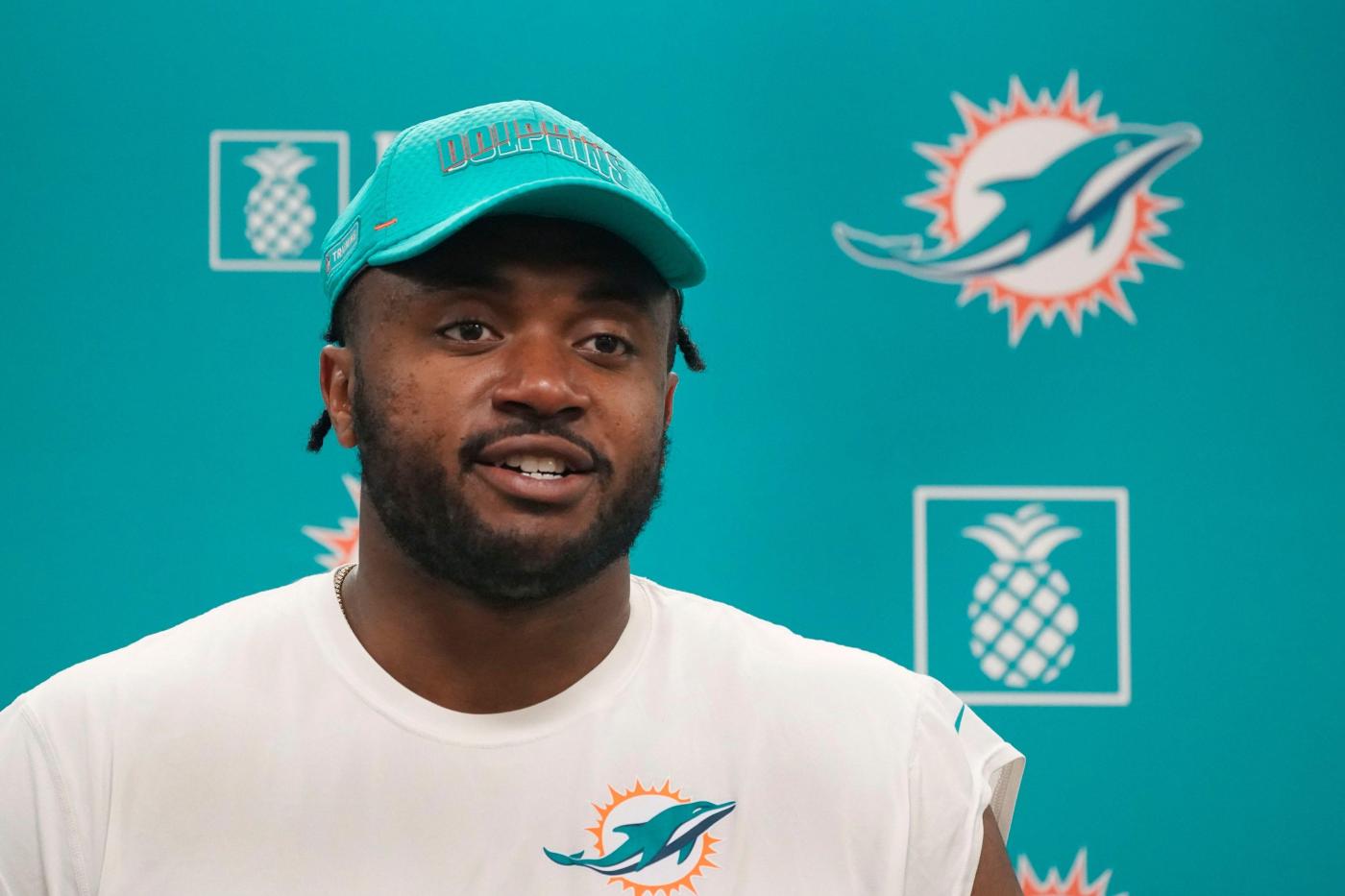 Miami Dolphins offensive lineman Austin Jackson was available to play for the first time since the team’s Sept. 11 opener against the New England Patriots.

Jackson, who entered Sunday questionable with ankle and calf injuries, was not listed among the team’s inactives 90 minutes before the kickoff against the Cleveland Browns on Sunday at Hard Rock Stadium.

Nonetheless, Jackson did not start. The Dolphins kept the same offensive line as last week with Brandon Shell at right tackle and Robert Jones at left guard, where he’s playing for the injured Liam Eichenberg.

Jackson suffered a high-ankle sprain in Week 1. He was placed on injured reserve and activated last week but he remained inactive for last week’s win at the Chicago Bears, when he entered doubtful.

This week, Jackson ramped up his practice workload to participate in Thursday and Friday drills. Since he’s been out, the veteran Shell has impressed at the right tackle spot that belonged to Jackson to start the season. Eichenberg is now on IR with a knee injury, and Jones has played for him there.

Along with Jackson, left tackle Terron Armstead was also active after going into Sunday questionable with his nagging toe injury and a calf ailment.

Dolphins backup quarterback Teddy Bridgewater was out against the Browns.

Bridgewater had a flare-up with a chronic knee issue this past week and the Dolphins “wanted to be smart about it,” according to an NFL Network report.

Dolphins wide receiver Trent Sherfield was available after he was a late add to the team’s injury report on Sunday morning with a toe ailment.

Miami had both Verone McKinley and Eric Rowe active and rotating on Sunday. In weeks prior, one was kept inactive while the other played a majority of defensive snaps in the team’s effort to replace injured strong safety Brandon Jones.

Last week in Chicago, it was Rowe starting while McKinley remained on the practice squad before getting signed to the active roster Saturday. On Oct. 30 in Detroit, Rowe was made inactive while McKinley received an elevation for the game.

When playing with Rowe, Jevon Holland would play his usual free safety spot. When with McKinley, Holland would drop down into the box while McKinley plays back in a center-field role.

Dolphins defensive end Emmanuel Ogbah left the game Sunday with an elbow injury. Ogbah, who has struggled in 2022 and dealt with a back injury earlier this season, is questionable to return.

Cornerback and special teamer Keion Crossen was seen walking off the field and into the locker room with a shoulder injury. He is also questionable to return.