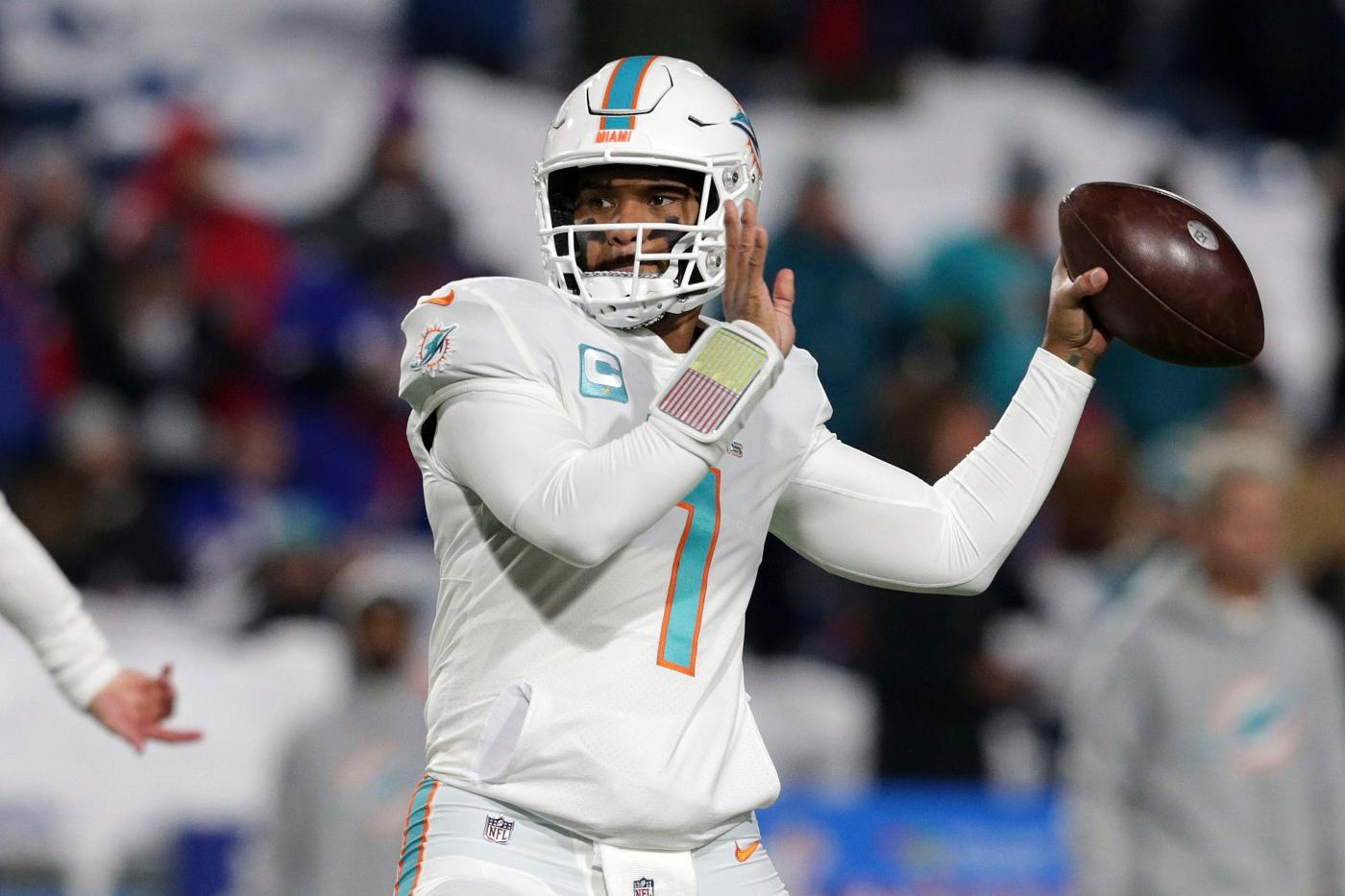 The Miami Dolphins showed a lot of resiliency to compete for four quarters Saturday night against the Buffalo Bills.

There was no reason for anyone to believe they could win.

They had just been exposed in two straight road defeats in California. They were going into a wintery environment, where the franchise rarely performs well, historically. They were on a short week and playing a third consecutive road game.

Through all of that, under snowballs delivered from Buffalo fans throughout the night at Highmark Stadium and heavy snowfall in the fourth quarter, the Dolphins fell, 32-29, thanks to a last-second field goal.

In a season of streaks for Miami (8-6), it is now on a three-game skid. The latest losing streak followed a five-game winning streak, which followed three straight losses, which followed a 3-0 start to the 2022 season. The Dolphins remain sixth in the AFC playoff picture, but the New England Patriots, Los Angeles Chargers and New York Jets— all 7-6 — each have a chance to pull even in the wild-card standings Sunday.

Buffalo (11-3) won its fifth straight game, clinched a playoff berth and is on the verge of clinching the AFC East, with a three-game lead on the Dolphins.

The Bills drove 86 yards on their final series to set up kicker Tyler Bass for the winning 25-yard field goal as time expired.

Dolphins quarterback Tua Tagovailoa had his moments in a 17-of-30 performance for 234 yards for two touchdowns without an interception. He found Jaylen Waddle three times for 114 yards and a touchdown and Tyreek Hill for a team-leading nine receptions, 69 yards and a score.

Running back Raheem Mostert had 136 rushing yards — 101 of them in the first quarter as the team found success on the ground early but got away from it as the game went on.

Allen finished 25 of 40 for 304 yards and four touchdowns, taking advantage of an ailing Miami secondary and then rebounding from a rough patch in the third quarter for the late drive that consumed the final 5:56 Saturday.

The Dolphins, after getting torched by Allen in the first half, settled in defensively to start the second half. Simultaneously, Tagovailoa threw two gorgeous third-quarter touchdown passes.

First, he found Waddle streaking deep across the middle for a 67-yard touchdown. Late in the third period, it was Hill streaking down the right sideline against the Bills’ Tre’Davious White.

After the two scores, one which was followed by a failed two-point conversion, Jaelan Phillips, who had a previous sack, stripped Allen, a fumble that was recovered by Christian Wilkins and led to a field goal that put Miami ahead, 29-21.

Allen answered, however, with a touchdown drive that was capped by a connection with tight end Dawson Knox as the lake-effect snow in western New York began to fall in earnest. The score was topped by a two-point conversion where Allen stretched over the line to push the ball across.

Allen’s brilliance was on full display on the final play of the first half. With the clock before halftime expiring, the quarterback bought time for the full eight seconds left before intermission and threw a dart to running back James Cook in the back of the end zone to send the Bills into the locker room up, 21-13.

After two early Dolphins scoring drives went for field goals, they finally got into the end zone with 2:59 left in the first half and Salvon Ahmed displayed his vision and broke a pair of tackles on his way to an 11-yard touchdown up the middle. Tagovailoa converted three key third downs on the series — one deep to Waddle and two to Hill.

The Dolphins and Bills exchanged strong scoring drives early. The Miami drives ended in two field goals while Buffalo’s went for a pair of touchdowns.

After the Dolphins scored first Saturday with a long, methodical series, Allen marched Buffalo down the field 75 yards in four plays. He found tight end Dawson Knox for a 45-yard chunk and later hit fellow tight end Quintin Morris for a 14-yard touchdown.

Mostert was the story early for Miami. He surpassed 100 rushing yards in the first quarter with the highlight being a 67-yard scamper down the right side where he broke four tackles and sprinted down the sideline.

That series also resulted in a short Jason Sanders field goal after receiver Trent Sherfield dropped a touchdown. The snowball-tossing from the stands reached a high point as the Dolphins threatened, with many Buffalo fans aiming for Hill and Waddle in the same corner of the end zone on an unsuccessful second-and-goal play.

Again, the Bills answered Miami’s 3 with 6. Allen connected with running back and return man Nyheim Hines for his first touchdown as a Bill since being acquired by Buffalo at the trade deadline.

The Miami secondary, which has already lost safety Brandon Jones and cornerback Nik Needham for the season, isn’t expecting to have cornerback Byron Jones play this season and had safeties Eric Rowe and Elijah Campbell out, took a big blow when Jevon Holland made a second-quarter exit. The standout safety, however, made a second-half return from the neck injury.

Although snowfall didn’t hit the Highmark Stadium field for much of the night, Bills fans’ contributions from the stands reached a tipping point where officials had to announce a warning that Buffalo would get penalized 15 yards if a snowball hit anyone on the field.

The Dolphins, after the short week, get an extra day on the back end of Saturday night before their Christmas Day game with the Green Bay Packers at Hard Rock Stadium.