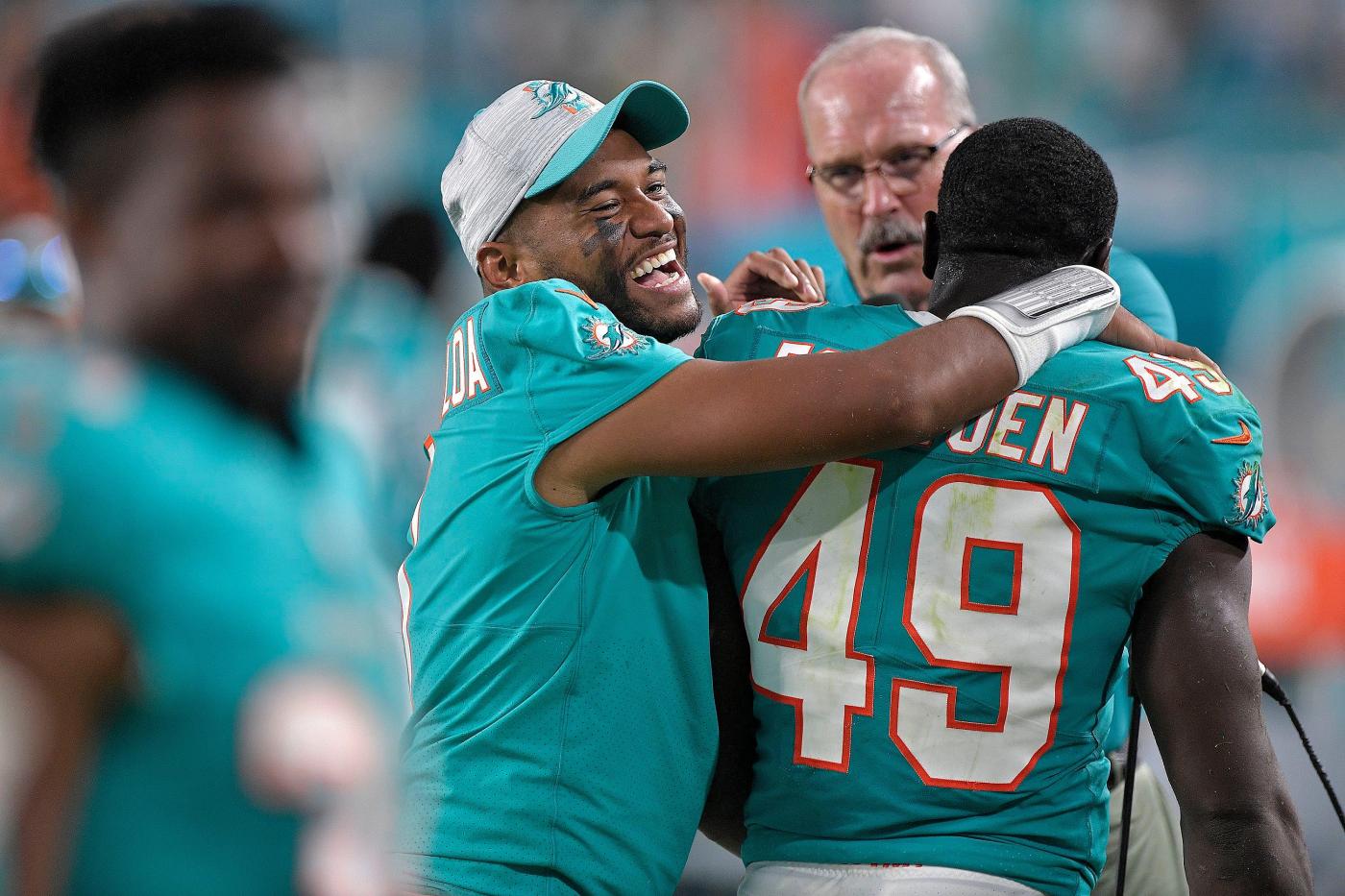 Mike McDaniel is a big believer in team chemistry, camaraderie, relationship-building, all that kind of intangible, abstract stuff. McDaniel, the 39-year-old Miami Dolphins rookie head coach, strongly believes those things help win games. That belief is the reason the Dolphins had a team outing Thursday night, and it’s the reason Miami’s locker room has a nontraditional setup this season.

“This is my seventh year,” he said. “I’ve never seen the team camaraderie tight like how it’s supposed to be because we’re all separated. DBs [defensive backs] go out and do their thing, D-line [defensive line] will go out, quarterbacks do their thing, and it’s different stuff like that.”

I’ve never been a big believer in team chemistry winning games. I think it’s overrated, overstated, and overhyped. Talent and coaching win games, in that order, followed by health and luck, and that’s about the extent of it. Everything else is voodoo. It’s fake.

At this time of year every team is close, a lot closer than they were the previous year when they had cliques. Wash. Rinse. Repeat. You’ll hear the same thing at this time next year.

You live in fantasyland if you think the team chemistry helped the Los Angeles Rams win the Super Bowl last year, or helped Tampa Bay the year before, or helped Green Bay in the first Super Bowl.

But McDaniel and the Miami players believe strongly in team chemistry helping on the field.

“It’s very important that you get in a locker room where you get to sit next to a brother you’re going to be battling with out there,” veteran running back Raheem Mostert said.

McDaniel believes in team chemistry so strongly that one of the first things he did after being named the Dolphins’ head coach was change up the locker room.

“It was kind of the first action that I could take to facilitate a better team camaraderie…because you spend a lot of time there,” he said.

Now, for example, quarterback Tua Tagovailoa is flanked on his right by safety Brandon Jones and on his left by wide receiver Jaylen Waddle.

Wide receiver Tyreek Hill has tight end Mike Gesicki as a neighbor on his right and an empty locker to his left, a privilege sometimes afforded star players. Asked whether he’d talked much to Gesicki previously, Hill replied, “I talk to everybody.”

Howard is on a four-person row with a wall to his left and then rookie quarterback Skylar Thompson to his right, then right tackle Austin Jackson, and…

“Then I got [expletive] Christian’s crazy ass down there on the end,” Howard said with a hearty laugh, referring to lively defensive tackle Christian Wilkins.

It’s all part of how McDaniel thinks a team should operate on and off the field. The locker room is Exhibit A.

“You should be sitting next to someone you’re not sitting by all day,” he said.

This isn’t the first time the Dolphins have shaken up the locker-room seating.

Old-time Dolphins fans might recall the 2010 season, the year someone thought it was a good bonding idea to have wide receiver Brandon Marshall seated next to quarterback Chad Henne in the locker room. You can imagine how that went.

But McDaniel said the locker-room setup has “paid dividends,” and players agree.

“Also with the event we’re having tonight [Thursday], with the team coming together, that’s a great thing,” Howard said. “It’s like a little meet-and-greet, and we talk and hang out.”

Linebacker Sam Eguavoen recalls the team going to Top Golf, the golfing and gaming facility, as a surprise outing in 2019 and 2020. Coaches canceled a scheduled walkthrough practice and the team went to Top Golf instead, a pleasant surprise to the players.

“This time we’re actually going somewhere outside, with our own transportation,” he said. “Everybody’s Ubering up. It’s not like we’re all going out to like a club or anything, but it’s like we’re all meeting up outside of work.

“I’m going to look at Mike [McDaniel] like he’s a guy at a bar. It’s just a time for all of us to just let loose, we’re out of the building, be yourself, get to know one another better.”

The key at this point, however, is players like what McDaniel is doing for them with Thursday’s team outing and the rearranged locker room. And they think it’ll help on the field.