Todays Though > News > Dolphins CB Byron Jones’ rehab looks on track, but he’s yet to take the field at camp – Boston Herald
News

Dolphins CB Byron Jones’ rehab looks on track, but he’s yet to take the field at camp – Boston Herald 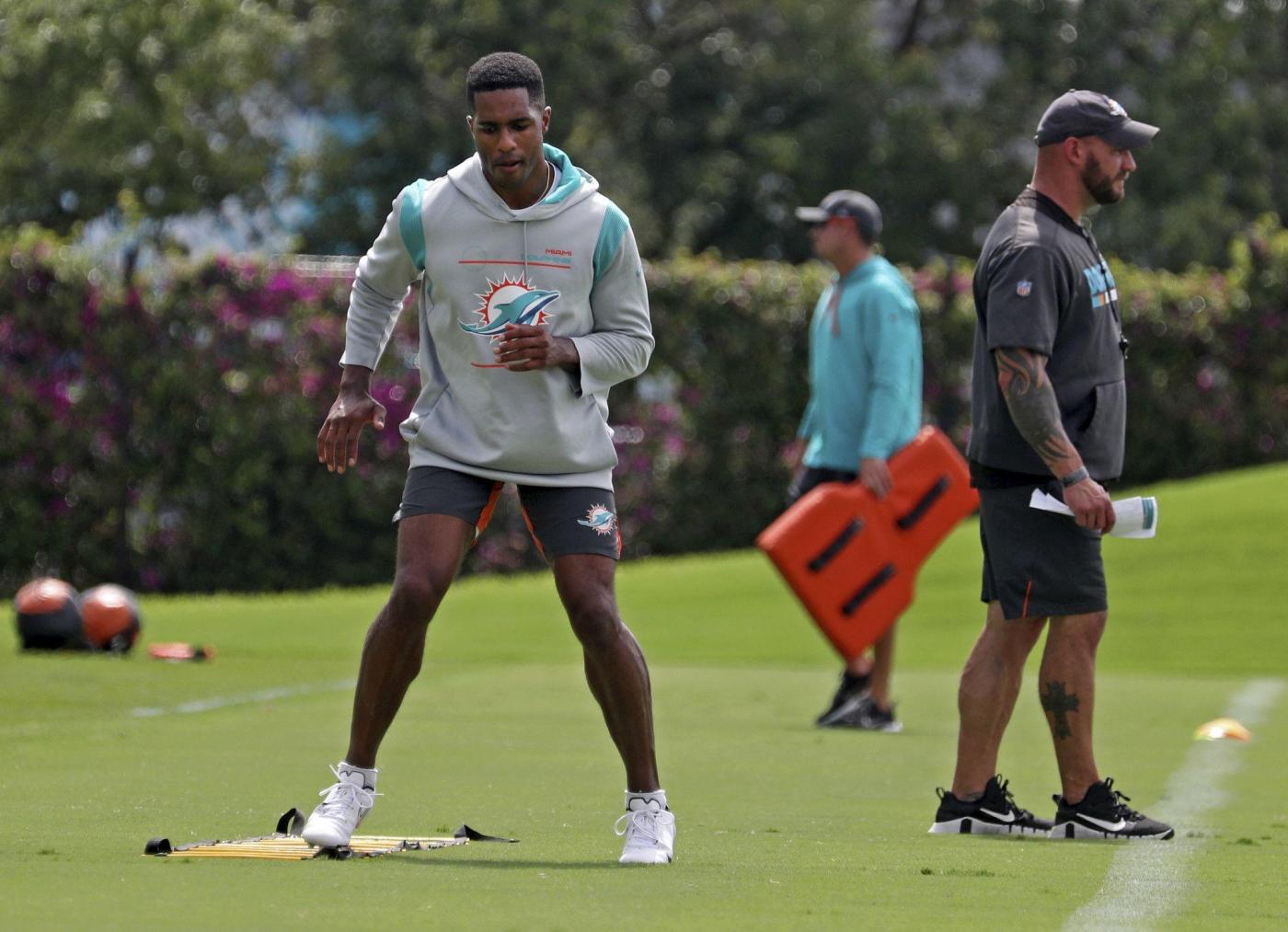 Byron Jones hasn’t participated in a football practice in months because of a left ankle procedure he underwent in March, but the Miami Dolphins don’t seem concerned that the starting cornerback will miss the start of the regular season.

At least not at this point.

“There is concern with him continuing to progress…. It takes a full commitment each and every day for that to hold true,” Dolphins coach Mike McDaniel said when asked if Jones would be ready for the Sept. 11 regular season home opener against the New England Patriots. “Right now we are confident in how he is rehabbing. If there is a setback we will be concerned, but until then we feel pretty good about it.”

Jones, who began camp on the physically unable to perform list, participated in on-the-field work during the offseason program. But he hasn’t been spotted on the field since training camp began last week for reasons that are unclear at this time.

It is possible that Jones, who has started 103 NFL games during his career, and contributed 58 tackles, one forced fumble and broke up 10 passes last season, is undergoing a rehab or treatment session when the Dolphins are on the field. It’s unclear if he’ll travel with the team to Tampa Bay next week for the joint practices against the Buccaneers, but highly unlikely that he’ll practice.

In his absence, Noah Igbinoghene, a 2020 first-round pick, and Trill Williams, a former Syracuse standout who made the team as an undrafted rookie last year, have gotten an extensive looks as the cornerbacks working on the boundary with the first team offense.

It’s likely that those two cornerback will fill in for Jones and cornerback Xavien Howard, who has his snaps limited during practice, as cornerbacks working the boundary during Miami’s three preseason games. The Dolphins also got Elijah Campbell back from the PUP earlier this week, but he hasn’t participated in a team portion of practice so far.

The Dolphins waived rookie punter Tommy Heatherly, who played his college ball at Florida International, and signed punter Sterling Hofrichter, a 2020 seventh-round pick who spent all of that season playing for the Atlanta Falcons.

Hofrichter, who will compete with Thomas Morstead, a 14-year veteran, averaged 42.5 yards on his 56 punts in 2020. He spent part of last season on the Tampa Bay Buccaneers practice squad and appeared in two games, averaging 37.8 yards per punt. He also handled 14 of the Buccaneers’ kickoffs, six of which went for touchbacks.