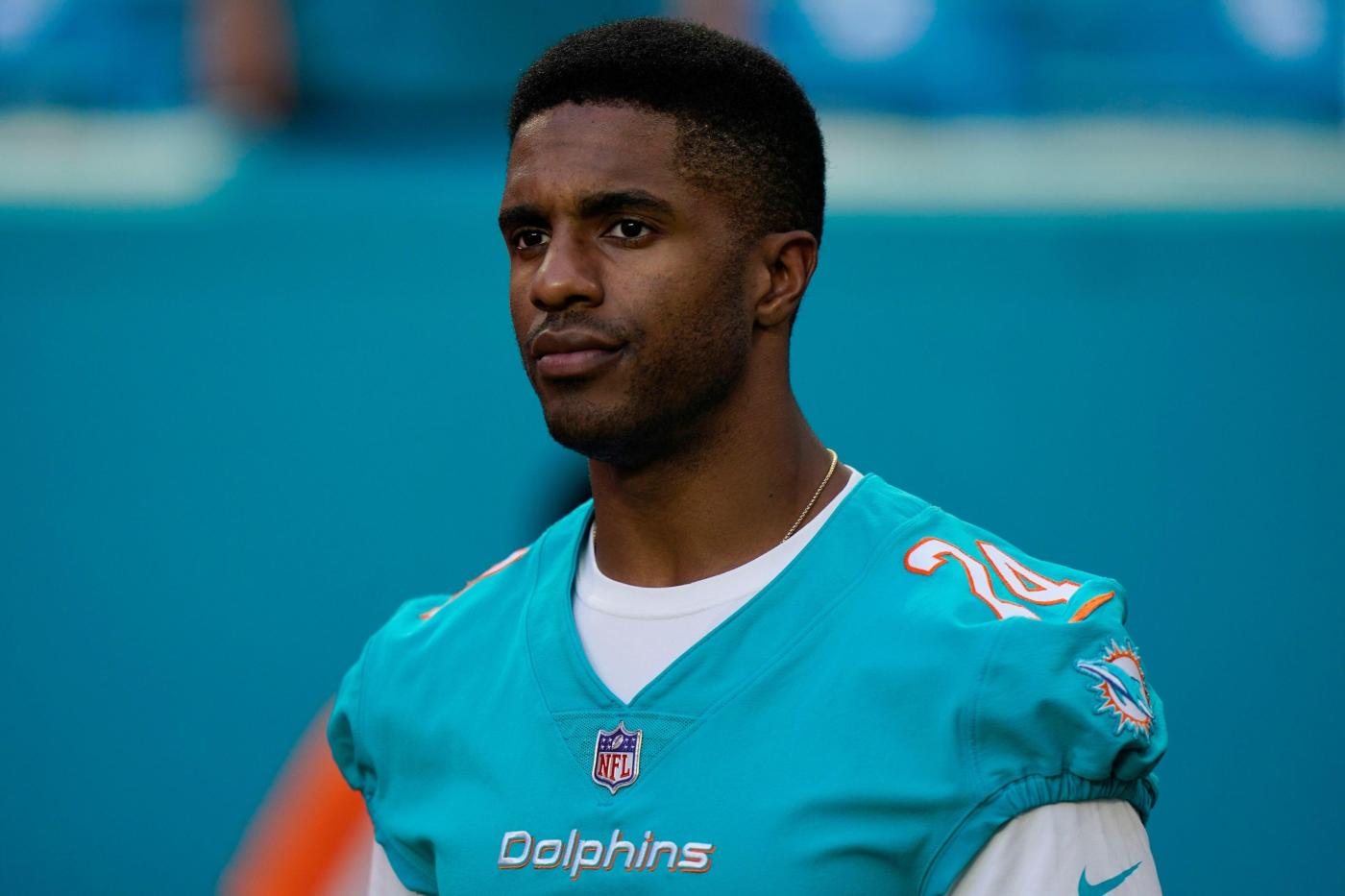 Miami Dolphins cornerback Byron Jones is still not ready to get activated off the reserve/physically-unable-to-perform list or begin practicing as the team prepares for a road game against the New York Jets on Sunday.

“We’re still going to take our time with it,” said Dolphins coach Mike McDaniel ahead of the team’s Wednesday drills of Jones’ offseason recovery from lower left leg surgery. “It’s not progressing as fast as we obviously had hoped from the spring into the summer, but there hasn’t been a major setback or anything. I won’t put a dude on the field unless he has complete stability, and there’s too many other risks that can happen.”

Because the lengthy recovery time from Jones’ surgery in March hasn’t been the result of a setback, McDaniel remained hopeful that he can return to practice soon. Jones can remain on PUP for as many as 21 days once he begins practicing.

“That could change at anytime day by day, week by week,” McDaniel said.

This is the first week Jones is eligible to be activated. Once he began the season on PUP after missing training camp and the preseason, he was to be held out a minimum of four weeks.

Meanwhile, McDaniel called three-time Pro Bowl and one-time All-Pro cornerback Xavien Howard day-to-day as he continues to deal with his groin injury that has affected him but hasn’t kept him off the field in Thursday night’s loss to the Cincinnati Bengals or the two prior wins against the Buffalo Bills and Baltimore Ravens.

“He’s going to do everything in his power to play against the Jets on Sunday,” said McDaniel after Howard missed the team’s Monday practice coming off the mini-bye of playing last Thursday.

In addition to the team’s top two cornerbacks, Miami had Keion Crossen receive attention from trainers at Monday drills.

“He’s got a little thing that he’s getting treatment for that, I believe, is on his upper leg, lower glute-type area,” McDaniel said Wednesday. “Nothing that will be severely serious, but something that he has to get treatment on. We’ll continue to work with him as the week goes to see if he can be ready for Sunday.”

The Dolphins will lean on Nik Needham, undrafted rookie Kader Kohou in the secondary, and third-year cornerback Noah Igbinoghene, a 2020 first-round pick, could be in line for his first defensive snaps of the season should Miami be excessively shorthanded in the secondary. The team can also play versatile defensive back Elijah Campbell or special teamer Justin Bethel at cornerback. Rotational safety Eric Rowe is a former starter in the league at cornerback.