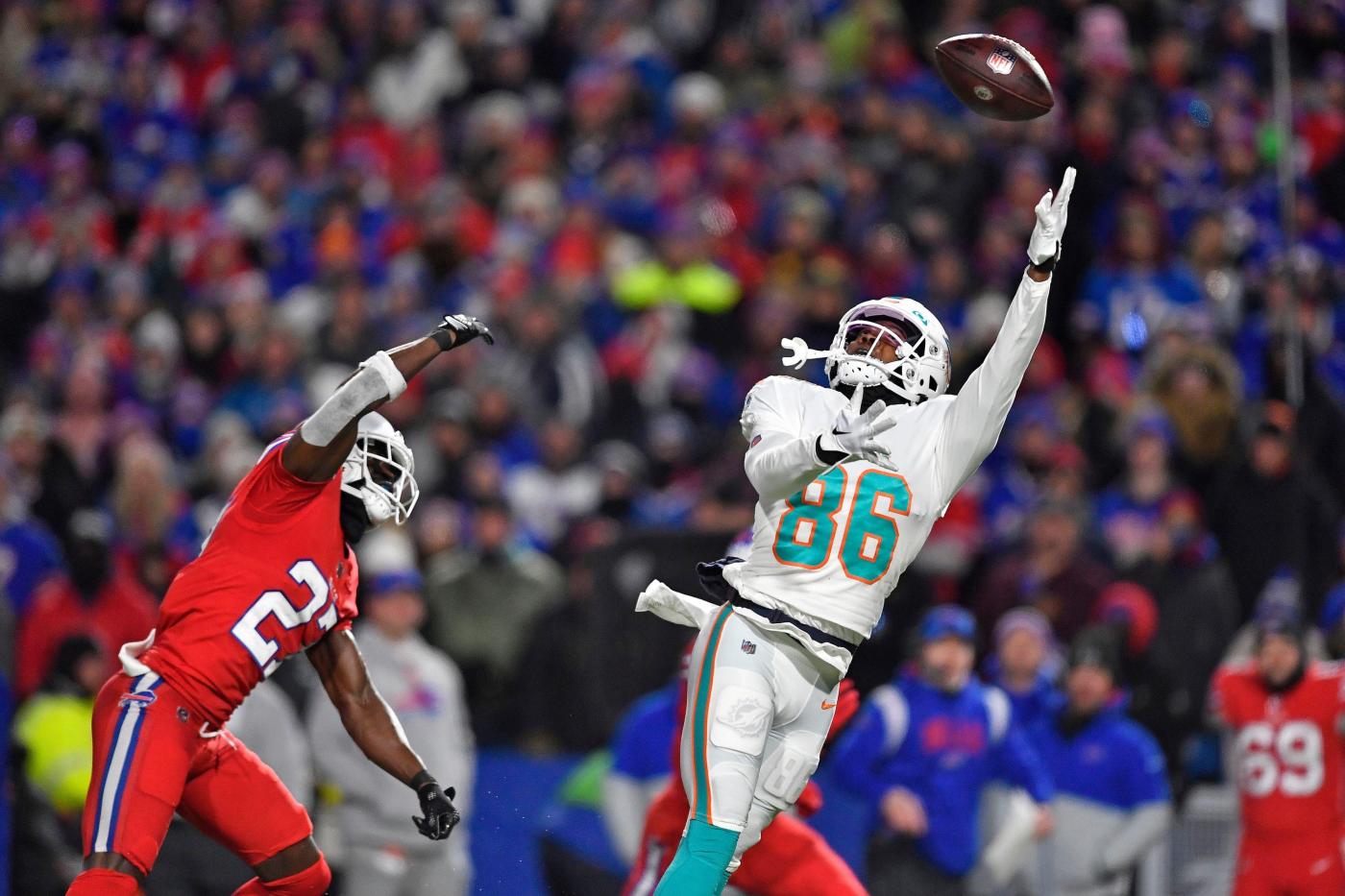 The moves come as receiver River Cracraft and tackle Eric Fisher are both doubtful to play on Christmas Day at Hard Rock Stadium with calf injuries.

Sanders is brought up for the third time this season after also receiving elevations for the Oct. 30 win against the Detroit Lions and last week’s loss to the Buffalo Bills. If the Dolphins want to use him in one of their final two games after Sunday, they would then have to sign him to the team’s active 53-man roster.

Miami has now used two of its three free call-ups of the veteran Lamm. It also elevated him for the Dec. 4 loss at the San Francisco 49ers.

The Dolphins opted not to activate offensive lineman Liam Eichenberg from injured reserve ahead of facing Green Bay. Miami has until Tuesday to activate him or keep him on IR for the rest of the season with his 21-day window from being designated to return and resuming practice soon to close.

Sanders, an undrafted rookie out of Ole Miss, caught two passes for 17 yards and lost a fumble in his NFL debut in Week 8 at Detroit. He also played 13 snaps Dec. 17 at Buffalo, was targeted once and didn’t have a reception.

Lamm didn’t play the one other time he was called up but has played seven NFL seasons for three different franchises — the Houston Texans (2015-18), Cleveland Browns (2019-20) and Tennessee Titans (2021), plus 2022 training camp with the Lions. Lamm has played in 86 career games with 28 starts, plus seven postseason games with one start.