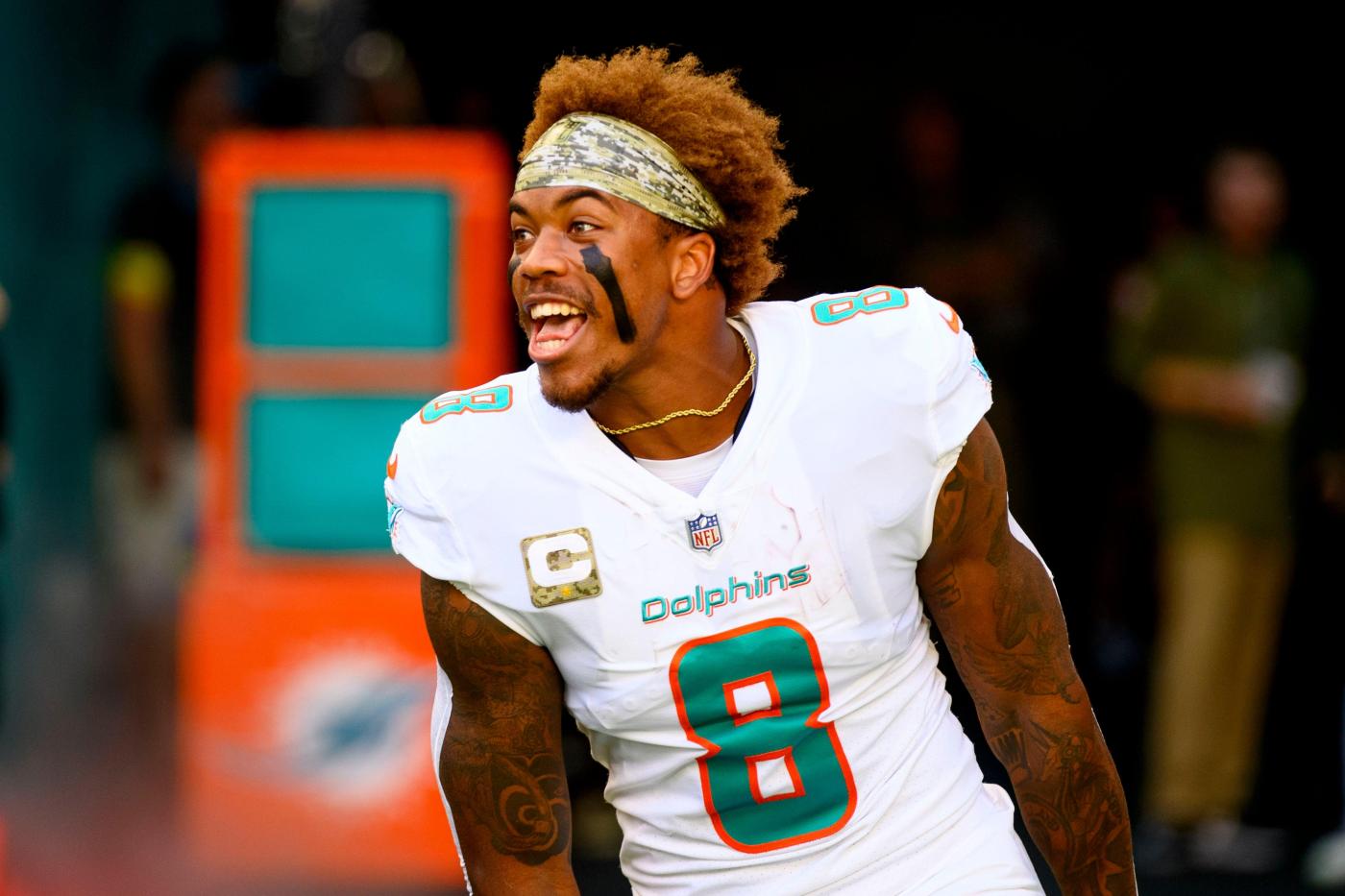 So, too, apparently, is playoff focus.

The latter means Miami Dolphins players are solely concerned with the Green Bay Packers, their Christmas opponent, and not playoff possibilities.

But the possibilities are real. Basically, if the Dolphins (8-6) win two of their last three regular-season games, and especially if they win the games at New England (Jan. 1) and against the New York Jets (Jan. 8), their AFC East rivals and fellow postseason contenders, they’re in the playoffs for the first time since 2016.

Defensive tackle Christian Wilkins channeled his inner Jim Mora (the former Indianapolis Colts coach) when he was asked about balancing playoff excitement with focus on the Packers.

“We’re about to play Aaron Rodgers, who has been in the league for years and is arguably one of the greatest quarterbacks to ever play,” he said of the Packers future Hall of Fame quarterback.

Coach Mike McDaniel said he was actually pleased with one aspect of last Saturday’s 32-29 loss at Buffalo — his players, many of which haven’t been in the postseason, got a taste of a playoff atmosphere.

“That crowd in Buffalo was awesome, it was rocking,” McDaniel said.

The fact that the Dolphins were able to multi-task in Buffalo, so to speak, was good to McDaniel. He was a bit concerned that many of his players hadn’t been exposed to such a rowdy scene. That’s no longer a concern.

Now, Green Bay goes back to being the sole concern. McDaniel wouldn’t want to have it any other way. He knows if you focus on the big picture in December, you end up staying home in January.

Wilkins, a very process-oriented guy, said he’s treating the Green Bay game with as much importance as, say, the Cleveland game.

“I try to treat every game like it’s the Super Bowl,” he said, “so that way when you’re playing a random game in October, to people it might not matter, but they all matter, you know what I mean? Because when you lose games you find out how important they are.”

The Dolphins know about losing. They’re on their second three-game losing streak of the season.

But they also know about winning. If they get to 10 wins, they’re pretty much in the playoffs.

It’s up to them to stay focused on what’s directly in front of them, which means their next opponent.

That’s the battle the Dolphins are fighting, and Terron Armstead said they’re winning. He said he hasn’t heard any playoff chatter. He said the focus is on Green Bay.

“But there shouldn’t be any playoff talk. It’s the Packers.”

Among some Dolphins fans a bit of playoff trepidation has eased its way into their consciousness. They recall failed December efforts of recent years that left the Dolphins at home during the postseason.

But this Dolphins team seems different. It has a fighting spirit the other teams didn’t possess. It seems to have more on-field talent and more coaching wisdom.

When this Dolphins team says its focus is razor sharp on the next opponent and not playoff possibilities you tend to believe it more than some of the teams of recent memory.

These guys say the right things, and their focus seems to be in the right place, which is Christmas and the Packers, and not the Patriots or Jets games, which come later.

“You don’t want to have self-inflicted wounds because you’re thinking about some games after the next,” McDaniel said. “I believe there’s two games after Green Bay, and they may or may not be in our division. But I don’t know. You guys would have to tell me.

“I’m like one of you guys’ children — at this time of year all I think about is Christmas, except this Christmas there’s a football game.”