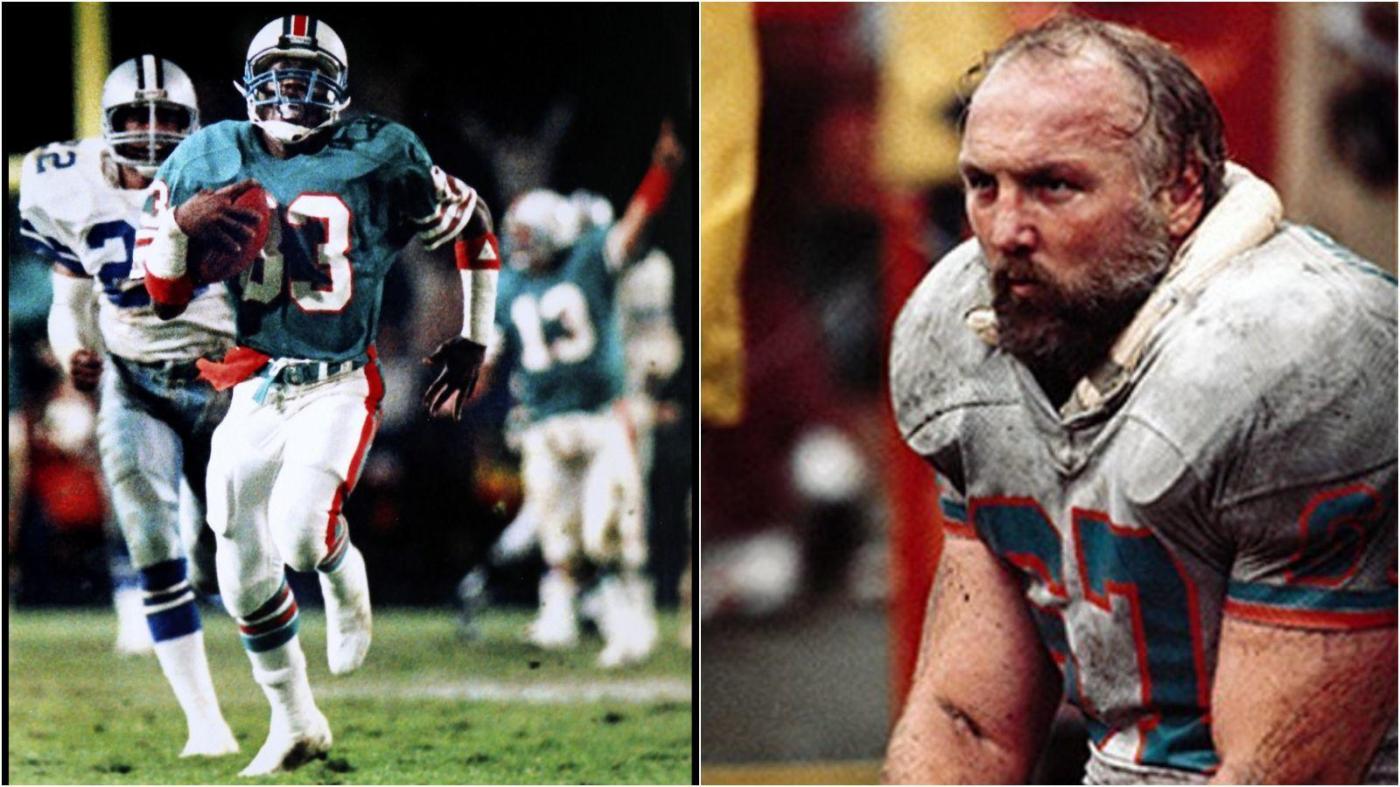 Mark Clayton, who has the second-most receiving yards in Dolphins history, and Bob Kuechenberg, a durable guard during Miami’s championship seasons, were among 54 seniors, coaches and contributors named as semifinalists for the Pro Football Hall of Fame’s Class of 2023 on Thursday.

Clayton, who was an eighth-round pick in the 1983 draft that brought the Dolphins Dan Marino, had five seasons of at least 1,000 yards receiving and four where he had at least 10 touchdowns. His 18 receiving scores in 1984 was an NFL record and stood till 1987 when Jerry Rice scored 22 times through the air in only 12 games during that strike-shortened season. Clayton made five Pro Bowls.

Kuechenberg, a six-time Pro Bowl selection who died at 71 in 2019, missed only five games of the 201 the Dolphins played in the regular season during his career, and he started the 1974 Super Bowl against the Minnesota Vikings wearing a cast on an arm he fractured in December of that regular season. A month later, Kuechenberg and company opened big holes for Larry Csonka in Houston and Miami rolled 24-7 to complete a 32-2 two-year run (a .941 win percentage) with two NFL titles, unmatched in league history for two seasons.

Kuechenberg was an eight-time Hall finalist in regular voting, with his final turn getting turned away on the final cut being in 2009. No other player who has been a finalist as many as eight times has been denied enshrinement in Canton, Ohio.

Mike Shanahan, who coached the Denver Broncos to consecutive Super Bowl titles in the late 1990s, and Mike Holmgren, who took the Green Bay Packers to their first NFL title in 29 years in 1997, were named as coach/contributor semifinalists, joined by 27 others, including New England Patriots owner Robert Kraft and longtime Raiders CEO Amy Trask.

The respective selection committees will vote to send 12 seniors and 12 coach/contributors to the finalists stage. Those results will be announced July 27.

Each semifinalist played his last game in professional football no later than the 1996 season.

The Seniors Committee will meet Aug. 16 to select up to three seniors for final consideration as members of the Class of 2023. Expansion of the seniors pool for election to the Hall was approved earlier this year for the Classes of 2023, 2024 and 2025.

Coach/Contributor Committee members will meet Aug. 23 to select one coach or contributor for final consideration for the Class of 2023.