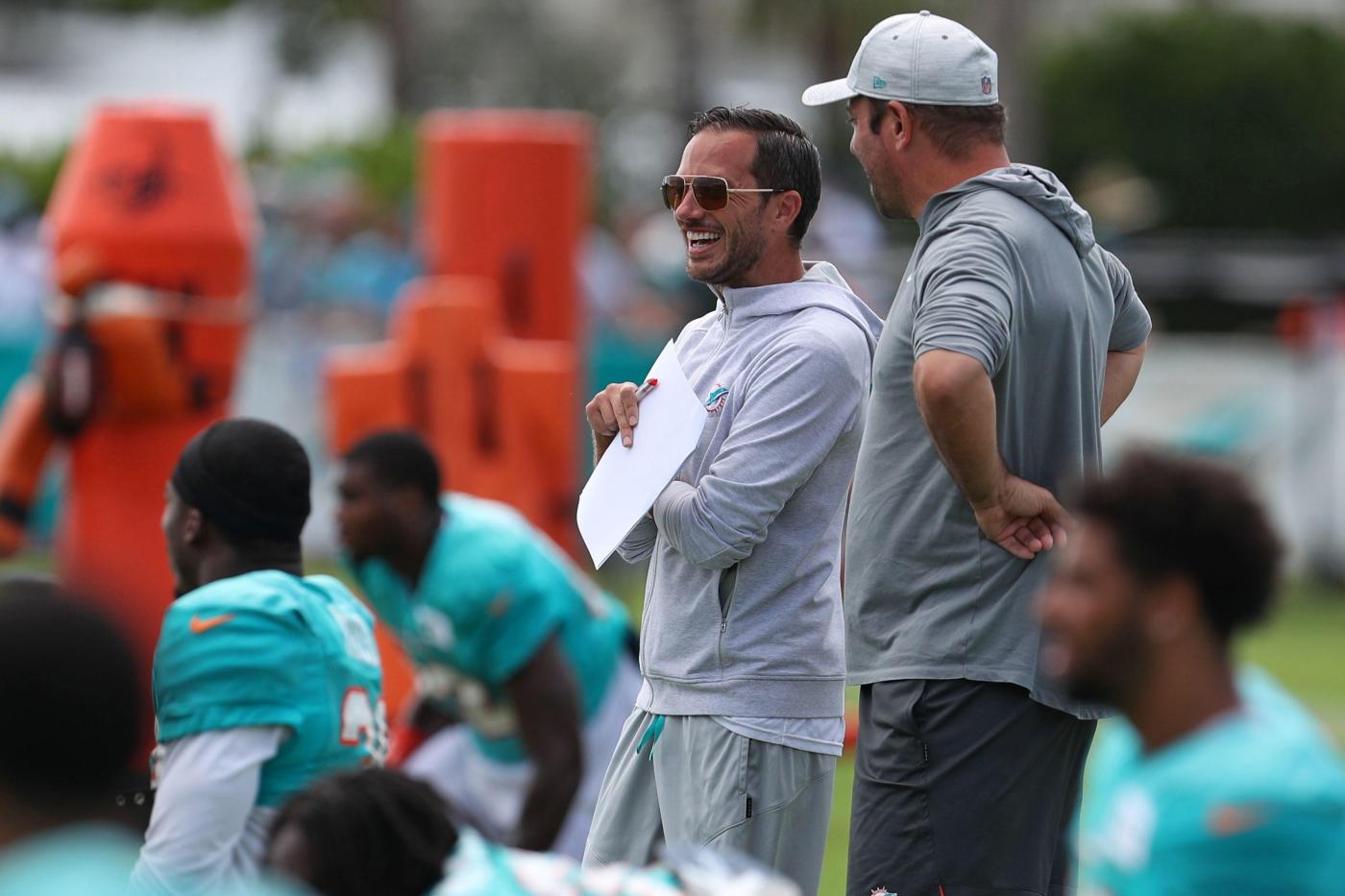 We have reached the “I’m happy to get to hit guys in a different colored jersey” part of the NFL calendar.

The Miami Dolphins have gone through two weeks of training camp where all they’ve seen and practiced against is themselves. This week, the Dolphins are in Tampa for joint practices with the Buccaneers on Wednesday and Thursday ahead of Saturday night’s preseason opener at Raymond James Stadium.

Although some veterans may be nursing injuries or otherwise taking maintenance days, a number of interesting matchups should be seen. For one, Dolphins defenders, who mostly all return from last season, get another shot at quarterback Tom Brady and the Buccaneers offense that embarrassed them in last season’s 45-17 loss on Oct. 10. On the other side, it offers the Dolphins’ new-look offense behind coach Mike McDaniel a first glance against an opponent in Tampa’s aggressive defense.

New Dolphins star receiver Tyreek Hill is excited to face an opponent for the first time in a Miami uniform after feasting against Dolphins cornerback Noah Igbinoghene for two weeks, but having Xavien Howard get the best of him in a small sample size of 1-on-1 pairings.

“I’m really sick of going against X, man. He’s been locking me up in practice,” Hill said last Saturday. “I’m really eager to go against somebody else.”

Of course, Brady and the Dolphins have been connected plenty throughout the offseason and in recent news of Miami’s tampering violations revealed by an NFL investigation last week. Brady retired and then unretired this offseason before returning with the Buccaneers to play another season at age 45. Multiple reports, including from the South Florida Sun Sentinel, revealed the Dolphins were in talks with Brady over a dual playing and front office role in Miami. The NFL’s investigation found the Dolphins tampered with Brady both in 2019 while he was a member of the New England Patriots and last season with the Bucs.

Dolphins quarterback Tua Tagovailoa, who will get this third NFL season to prove himself in Miami despite the team looking into Brady and Deshaun Watson since he was drafted with the No. 5 pick in 2020, has impressed in training camp.

The Dolphins defense started off vanilla with its coverages, but Tagovailoa has since adjusted to facing coordinator Josh Boyer’s aggressive blitzing scheme deeper into camp. That’s more like the looks he should face against Tampa coach Todd Bowles and defensive coordinator Kacy Rodgers. The Buccaneers, blitzing 40.8 percent of the time in 2021, according to Pro Football Reference, were the only team to bring extra pass rushers more often than the Dolphins (39.6 percent).

Miami’s restructured offensive line will go against a stout Bucs defensive front. With prized free-agent left tackle Terron Armstead anchoring his side, three others are working at a new position between left guard Liam Eichenberg, center Connor Williams and right tackle Austin Jackson. That grouping has to show progress in run and pass blocking while Williams needs to secure his snap accuracy, which has been problematic early in camp after playing guard four seasons in Dallas.

Armstead, who had a knee procedure performed in the offseason, has been on and off the practice field in a maintenance program. He may remain limited as the Dolphins have also progressively brought back running back Raheem Mostert and fullback Alec Ingold from knee injuries with the 49ers and Raiders, respectively. While cornerback Byron Jones remains on the physically-unable-to-perform list, McDaniel called it “case by case” with how he’ll handle different veterans’ workloads.

“There are a couple of veterans where, for them to be able to practice with the known intensity that comes with practicing against an opponent for the first time since January, there are some guys that we kind of have to monitor and we’re resting on the front end of it,” McDaniel said on Sunday, the last time Miami practiced before departing for Tampa. “Then, there are other guys that we’ll just have to, for us to get through the whole practice and for them to get the work they need, they may sit out individual [drills].”

Hill, Jaylen Waddle and Cedrick Wilson Jr. will go against a Bucs secondary led by safety Antoine Winfield Jr. and cornerback and Miami Norland High grad Carlton Davis. Howard and the Dolphins secondary may match up against new Tampa receivers Julio Jones and Russell Gage, while Chris Godwin slowly works back from an ACL tear and Mike Evans works through some training camp tweaks.

The Dolphins’ attacking defensive front will see if it can get to Brady against a Bucs offensive line that had center Ryan Jensen sustain a knee injury last week.

The Dolphins can also have their next young, upstart roster longshot make his mark toward eventually attaining a roster spot in this setting.