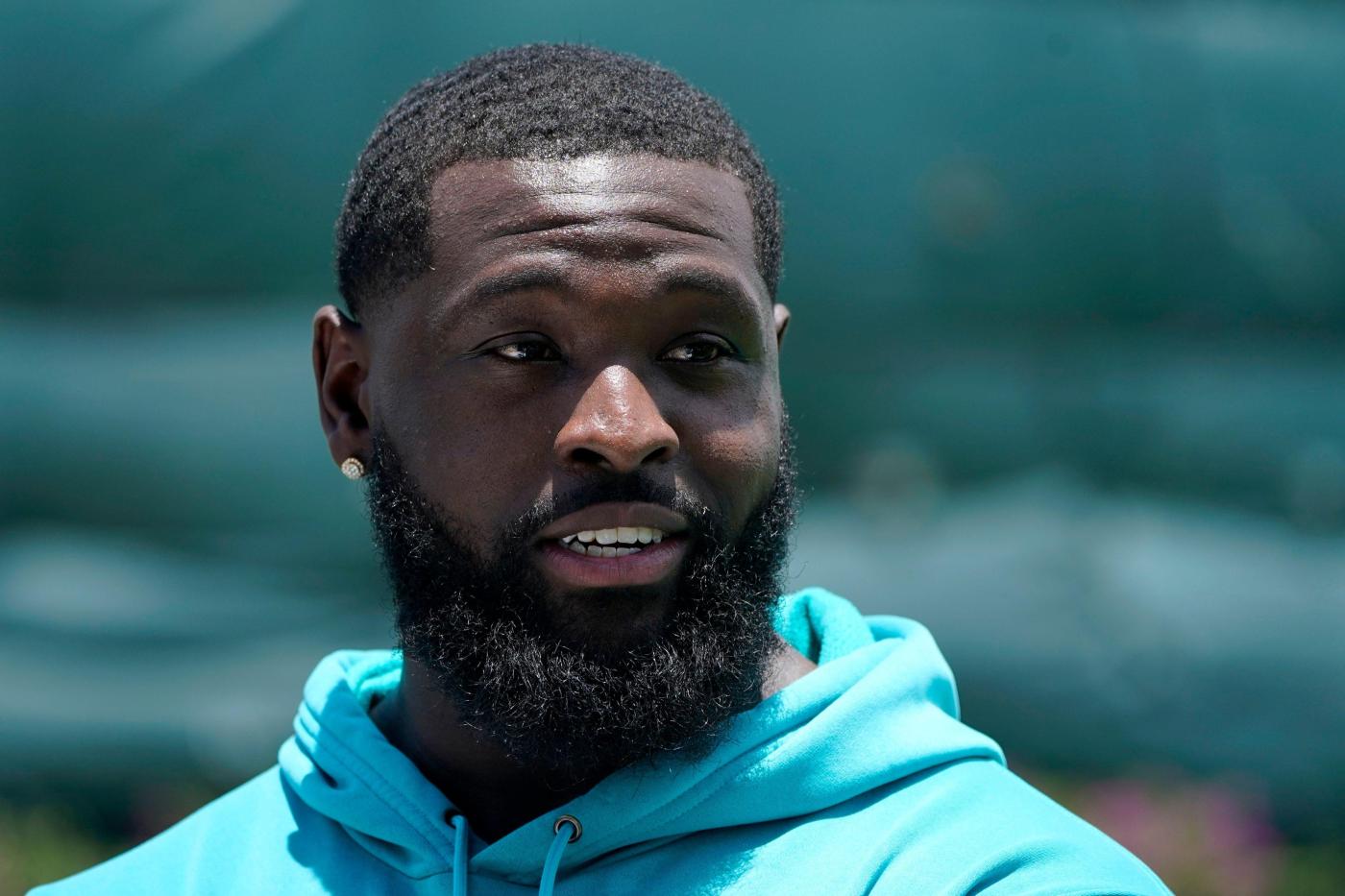 Miami Dolphins coach Mike McDaniel touched on his message to his team as training camp begins, quarterback Tua Tagovailoa and his practice philosophy among several topics addressed on Wednesday ahead of his team’s first practice of camp under his leadership.

He announced that new left tackle Terron Armstead, who will practice to start camp, will be among a “handful” of veterans who will be limited and missing portions of practice.

Armstead, a prized free-agent acquisition with three Pro Bowls to his credit, was held out of organized team activities and minicamp this summer as he recovers from a procedure performed on his injured knee that caused him to miss half of last season with the New Orleans Saints.

McDaniel added that cornerback Byron Jones, who is starting camp on the physically unable to perform list, is “fully expecting to get himself ready for Week 1.”

McDaniel was pleased with how his team reported to camp on Tuesday ahead of Wednesday’s opening session of drills.

“This group, in particular, I was very excited about the way they came back,” McDaniel said. “Mission-oriented, day-to-day operation, getting better, but a thirst, a competitiveness. They’re fully understanding how much they owe their teammates, the organization, the fans, and they’re owning it. I can feel the energy.”

On the practice philosophy he wants to set in practice, McDaniel said: “We want full-speed effort and intensity on every rep. … There’s no such thing as just going through the motions.”

McDaniel had a pointed message for quarterback Tua Tagovailoa ahead of a critical camp ahead of his third NFL season.

“Deliberate intent on each play,” McDaniel said. “What I really want to see form him is — Tua is super hard on himself — which is a good thing. … I don’t want that to impede when things don’t go his way.”

With star receiver Tyreek Hill publicly outspoken in support of Tagovailoa this offseason since his trade to the Dolphins, McDaniel appreciates Hill’s approach.

“If not the No. 1, he’s probably right up there as most competitive players as I’ve ever been around,” he said. “If Tyreek is saying it, it’s because he believes it.”

McDaniel said one thing he has learned about being a head coach for the first time is how much he has to trust others.

“No head coach is able to have success with out an immense amount of people you depend on,” he said.

McDaniel called it a “tremendous opportunity” for third-year cornerback Noah Igbinoghene with Jones on PUP and fellow cornerback Elijah Campbell also on the non-football injury list.

“More reps against Tyreek Hill doesn’t hurt anybody, unless they have confidence issues,” McDaniel said.

The Dolphins announced they signed cornerback Tino Ellis on Wednesday minutes before the first practice.