Todays Though > News > Dolphins limp into New England with lots of playoff hope, and a little doubt – Boston Herald
News

Dolphins limp into New England with lots of playoff hope, and a little doubt – Boston Herald 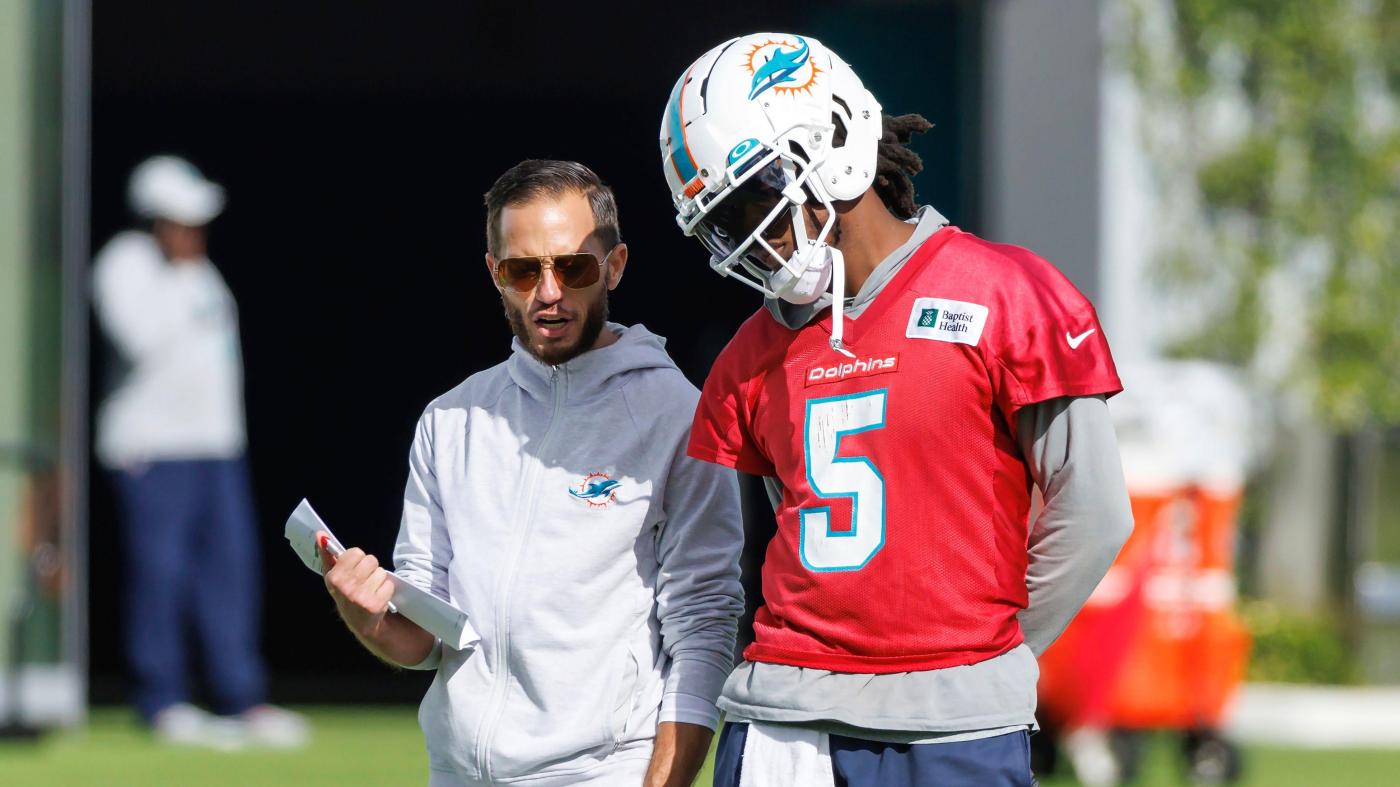 Fortunately for coach Mike McDaniel and his charges, another defining moment awaits at 1 p.m. Sunday at New England.

Right now it appears it would have been more fortunate if the Dolphins (8-7), who are on a four-game losing streak, would have played their most important games of the year five or six weeks ago, in November, when their offense and defense were in sync and their key players were healthy.

But there’s still postseason hope. There’s a path out of this doldrum and into the playoffs, according to McDaniel.

“I think it’s the locker room leadership, how much they’ve invested and how much they recognize that even on a specific team, locker rooms change every single year,” he said. “This one is special to them.”

Or so it seems.

During the practice week one Dolphins player was told as dark as it seems now, it appears they’ll make the playoffs.

Here’s the easiest way for the Dolphins to earn a playoff berth Sunday; basically it’s a battle of attrition among teams headed in the wrong direction.

If the Jets defeat Seattle, it sets up a winner-take-all regular-season finale between the Dolphins and Jets at Hard Rock Stadium next week.

December was a crushing month for the Dolphins, who, fortunately, play their next game in January on New Year’s Day.

December, the month in which most serious NFL playoff contenders hit their stride, saw the Dolphins come to a screeching halt. The offense didn’t score enough points, the defense didn’t make enough stops, special teams were spotty, and the coaching staff couldn’t find solutions to any of the above issues.

The Dolphins, who now resemble a listing ship that’s leaking oil, cruise into Gillette Stadium without starting quarterback Tua Tagovailoa (concussion) and with several other key players, such as Pro Bowl left tackle Terron Armstead (toe, knee, pectoral, hip) and Pro Bowl cornerback Xavien Howard (knee) listed as game-time decisions. A few others, such as edge rusher Bradley Chubb, fullback Alec Ingold and cornerback Kader Kohou, are playing with casts on one hand or are dealing with various other ailments.

And with all that upheaval going on, there’s a chance there’s an offensive line change as Liam Eichenberg, a former starter who is now back from a knee injury, might replace Robert Jones at left guard.

Hill and Waddle form the basis of the offense and offer hope for scoring points against a tough Patriots defense, a unit that ranks eighth in total defense (320.9 yards allowed per game), fifth in scoring defense (19.4 allowed per), and features linebacker Matthew Judon, who is second in the NFL in sacks with 15.5.

Of course, McDaniel must consider opponents seem to have figured out the Dolphins’ now-sputtering offense.

During the Dolphins’ five-game winning streak, which came against a group of sub-.500 opponents, they scored at least 30 points in each game.

But in the past four games, against a group of opponents in which three are better than .500, the Dolphins scored more than 20 points only once.

These are dire times.

A season that started out with so much promise at 3-0, with rousing victories over New England, Buffalo and Baltimore, appears to be going down the drain.

Outwardly, players are hopeful and optimistic.

Deep down inside, however, doubt might be creeping into the players’ psyche.

At least one player isn’t certain the Dolphins will make the playoffs, and others might feel the same way.

For his part, McDaniel, the rookie head coach, is clinging to his belief that his players have faith, and that’s what gives him hope this team will make the playoffs.

“I think they’re trying to do right by each other because these relationships are real, and they feel convicted to fight for this team,” McDaniel said. “So I would say it’s locker room-driven wholeheartedly, and it’s very impressive from top down, leadership captains, leadership council down to really everyone contributing.”