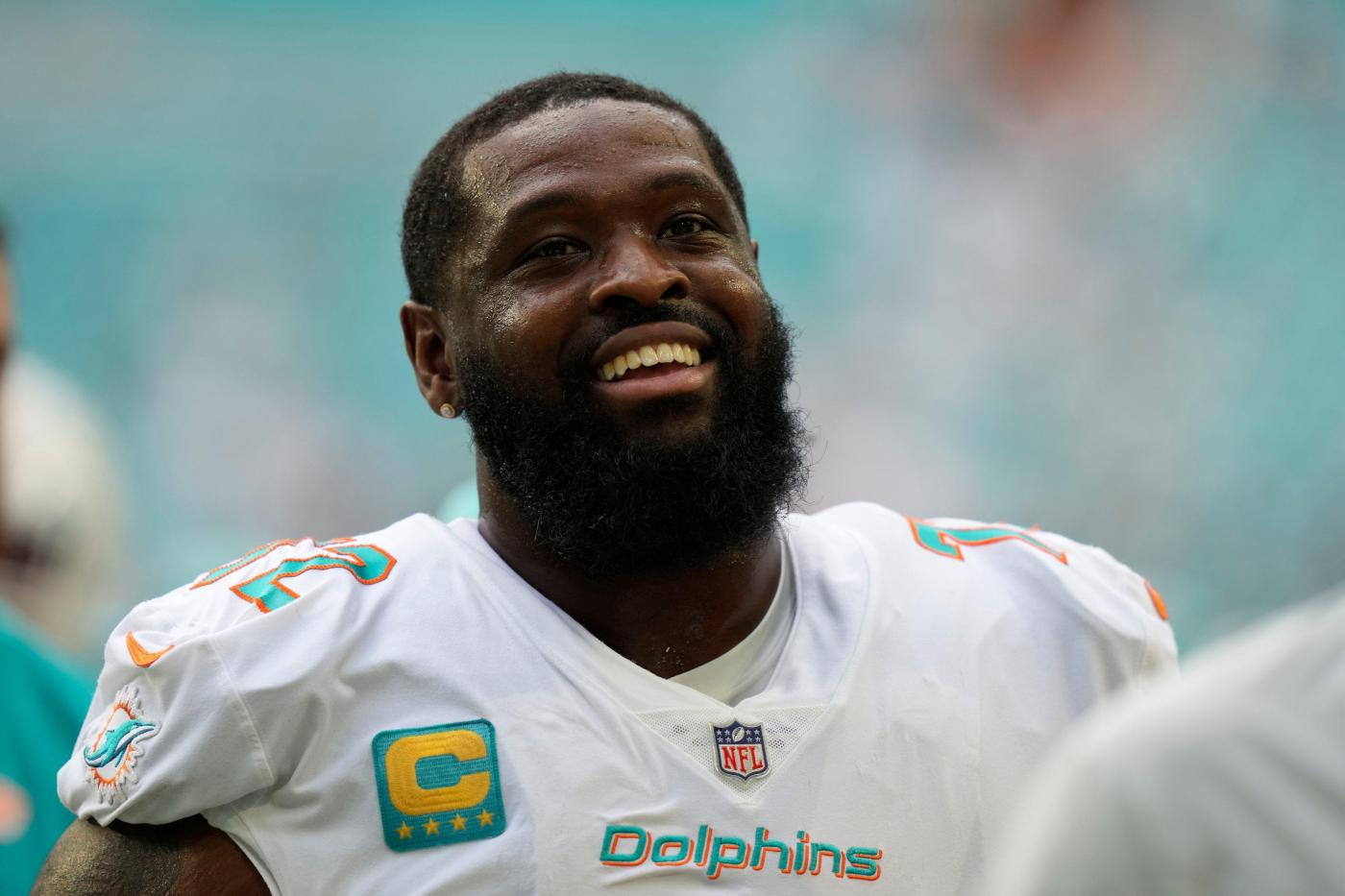 The progress for Miami Dolphins left tackle Terron Armstead continues to look more encouraging as the days pass since he suffered a pectoral strain in Sunday’s win over the Houston Texans.

Dolphins coach Mike McDaniel called Armstead “game to game” on Wednesday, noted the three-time Pro Bowler won’t require surgery and sounded like he wasn’t immediately ruling Armstead for the three consecutive road games to come — or even this Sunday’s game at the San Francisco 49ers.

“He’ll do everything possible,” said McDaniel, who added Armstead continues to impress him as a professional with the way he recovers. “If there’s a way that he can be on the field in December and play against a playoff team, he lives for that moment.”

This update came after McDaniel initially said it at least won’t be a season-ending ailment for Armstead, who had previously been playing through a nagging toe injury through the first half of the year. The Dolphins appear like they won’t need to put Armstead on injured reserve, which would put him out at least four weeks.

McDaniel indicated right tackle Austin Jackson is further from a return after re-injuring the right ankle that caused him to sit since initially hurting it in the opener against the New England Patriots.

Running back Raheem Mostert is in a good spot to return to action against his former team after missing the game against the Texans.

“He should be ready to go,” McDaniel said Wednesday.

He said Mostert was close to playing against Houston, but McDaniel called it “too risky to what he means to the team.”