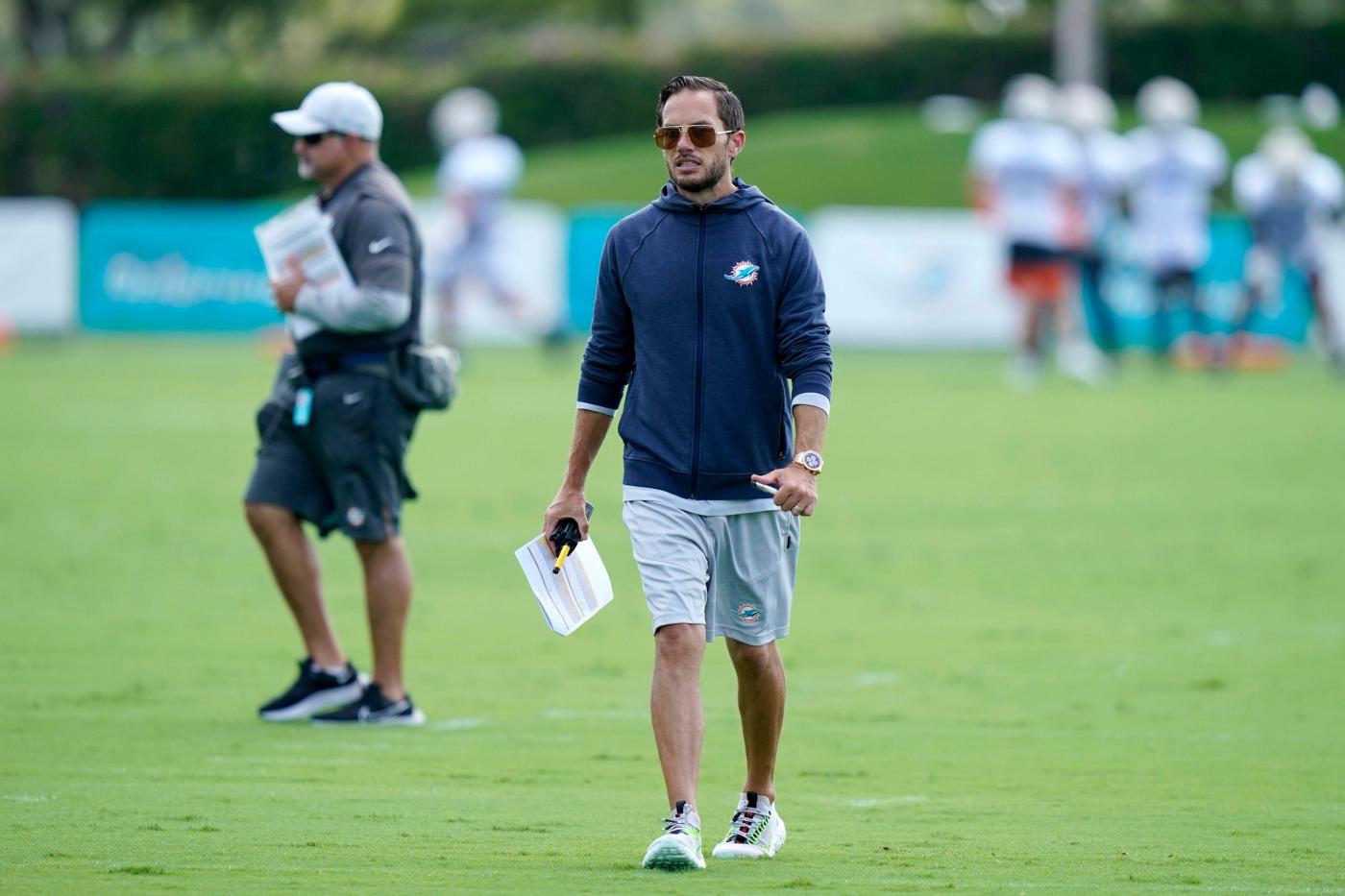 The Miami Dolphins took the approach of something closer to a dress rehearsal early in the exhibition against the Las Vegas Raiders — at least for two drives.

After the Dolphins rested nearly all their starters in last week’s preseason opener against the Tampa Bay Buccaneers, coach Mike McDaniel let several of his top players, including starting quarterback Tua Tagovailoa, play in the 15-13 loss on Saturday night at Hard Rock Stadium.

At kickoff, it was revealed on the CBS4 broadcast that star wide receiver Tyreek Hill and fellow veterans in running back Raheem Mostert and outside linebacker Melvin Ingram were also set to sit. McDaniel said at halftime of the broadcast that resting the three veterans was not injury-related.

“It’s the imperfect situation that is the preseason for the game of football,” said McDaniel postgame. “You’re trying to balance getting guys prepared and not putting them at risk in exhibition.”

Waddle did not practice all week ahead of the exhibition with an undisclosed injury. Armstead did not practice on Thursday after also missing team drills in Wednesday’s session. He had been increasing his workload the previous two practices during training camp as he gets game ready for the regular season coming off offseason knee surgery.

Conventionally, the second of three preseason games is the ideal opportunity for a coach to play most of his starters, allowing backups and roster longshots to take the preseason finale and rest veterans ahead of Week 1.

Of the starters, tight end Mike Gesicki, the Dolphins’ franchise-tagged player, interestingly was left in through the entire first half. He finished with three catches on six targets for 27 yards.

“He needs to continue doing what he’s doing, which is completely committing in the run and pass game to the offense,” said McDaniel of Gesicki, who also indicated postgame he needs the extra reps in a new offense. “He’s a couple of plays on the ball away from having a really good game that he feels good about.”

Tagovailoa made his preseason debut going into a key third NFL season. He went 6 of 8 for 58 yards in two drives that netted 3 points.

Tagovailoa sat last week at the Buccaneers with McDaniel citing a confidence in him from what he had seen from the left-handed signal-caller in practice. In three practices this past week, Tagovailoa threw six interceptions — some in late-game drive situations where he was forced to throw downfield into coverage with time running out.

Standout second-year safety Jevon Holland, who had four of the practice interceptions against Tagovailoa, was among a slew of other starters available to play after they rested in Tampa last week. Some others: Running back Chase Edmonds, center Connor Williams, linebackers Jerome Baker and Elandon Roberts, defensive linemen Emmanuel Ogbah, Christian Wilkins and Zach Sieler.

“With each player, it’s kind of case by case,” McDaniel said. “You have to assess everyone where they’re at and how much they need that preseason so they can feel 100 percent full go against the Patriots [in Week 1].”

In addition to the inactive players, the Dolphins also have cornerback Byron Jones still on the physically-unable-to-perform list following lower left leg surgery in the offseason. And cornerback Trill Williams and tight end Adam Shaheen are on injured reserve.

“There were some dings,” McDaniel said. “We had some hand injuries. There’s nothing fatal in terms of long-term issues.”