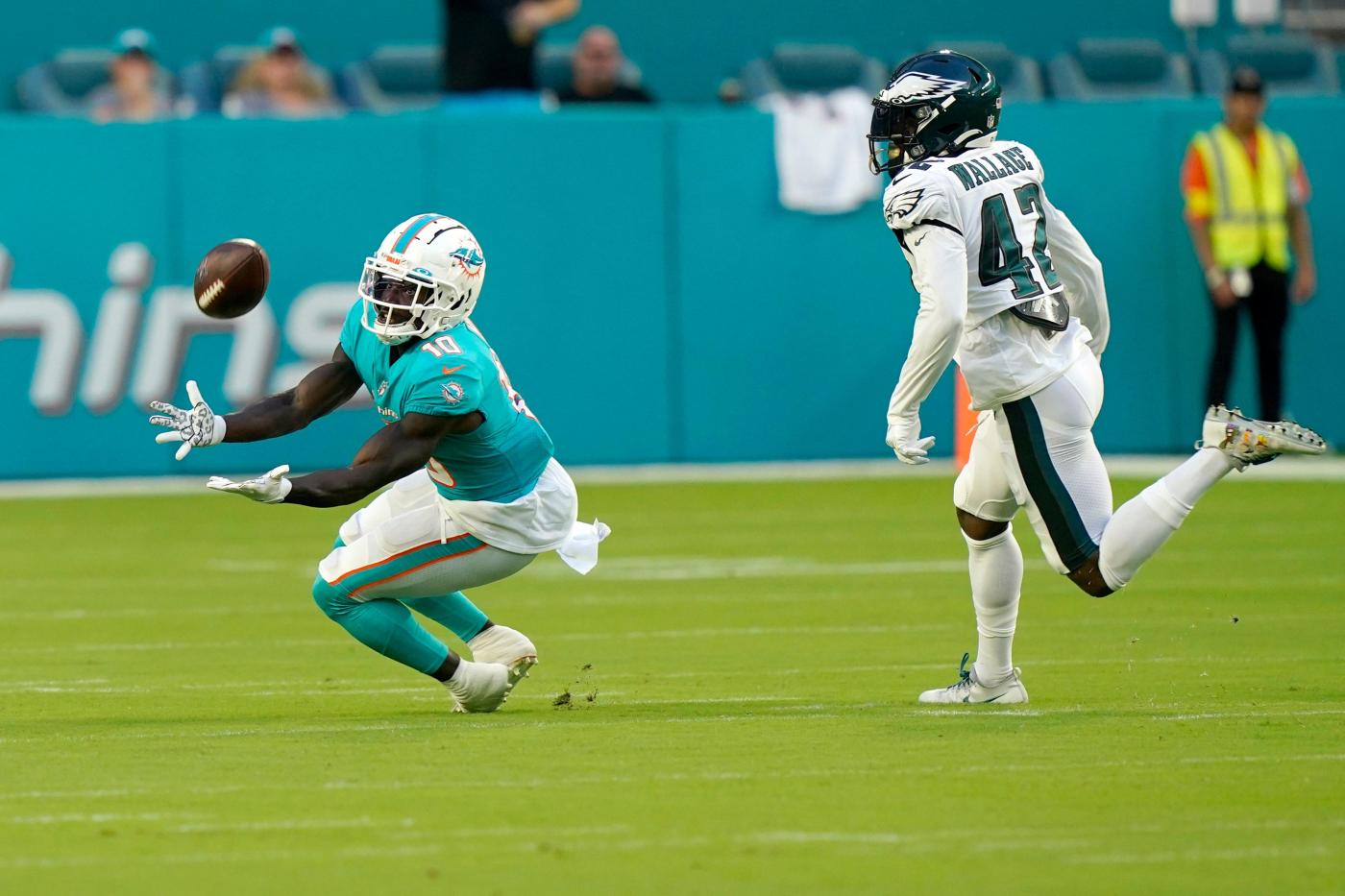 As the regular-season opener approaches, it’s becoming more apparent that Miami Dolphins coach Mike McDaniel may indeed be willing to use some of his top, most valuable offensive and defensive players in the return game.

“Special teams plays, they account for yards and points and can change the game as much as any offensive and defensive play,” McDaniel said on Wednesday as it remains mysterious who will actually be handling those kick and punt returns in Sunday’s opener against the New England Patriots.

“That being said, the plan is to be very strategic with regard to the flow of the game, how much wind people have, where the ball’s at, the score. But I plan on using — and I know [special teams coach Danny] Crossman feels the same — I plan on using our best players in the best situations for the team.”

The Dolphins currently list star receiver Tyreek Hill as the first-team punt returner and speedy 30-year-old running back Raheem Mostert as the top kick returner on the depth chart. Standout second-year wideout Jaylen Waddle is second at both spots. Safety Jevon Holland is the third punt returner, and running back Chase Edmonds and cornerback Noah Igbinoghene are also listed as kick return options.

At Wednesday’s practice, Hill and Holland were among those seen fielding punts during a brief media viewing portion of practice. Holland muffed one punt that came his way with live punt coverage coming at him.

“Hey, this just in: Every single play, people are trying to tackle you,” McDaniel replied, ahead of Wednesday’s drills, to a question about weighing injury risk for star players. “Why are special teams any different from throwing a screen?”

It appears McDaniel may decide to rotate returners based on what will be required of them elsewhere in the game plan.

“You also have to weigh, on both sides, how they’re being used the upcoming series or the series that we just had, and you have to be mindful of all of that,” he said. “But, if I sat and worried, if I made decisions based upon safety in football, that would be a process where I’m going to fail, I feel like. Every time they’re on the field, it’s a risk. If there’s situations where now maybe there’s a punt team that is very, very, very hard to block and makes a ton of plays in punt coverage, that’s a different story.

“Every single play, every single snap, there’s a huge risk for injury. That’s the nature of the beast.”

McDaniel also reflected on the start of his NFL assistant coaching career when former University of Miami standout Devin Hester took the league by storm with his impact in the return game.

“Devin Hester took over the playoffs and then had all that buildup going into the Super Bowl and made a huge impact on a team’s entire journey,” McDaniel said. “And I don’t think there’s an asterisk that it was special teams, so we’ll be very strategic with that. … We’re fortunate to have some highly skilled players that we’ll use when appropriate and accordingly.”