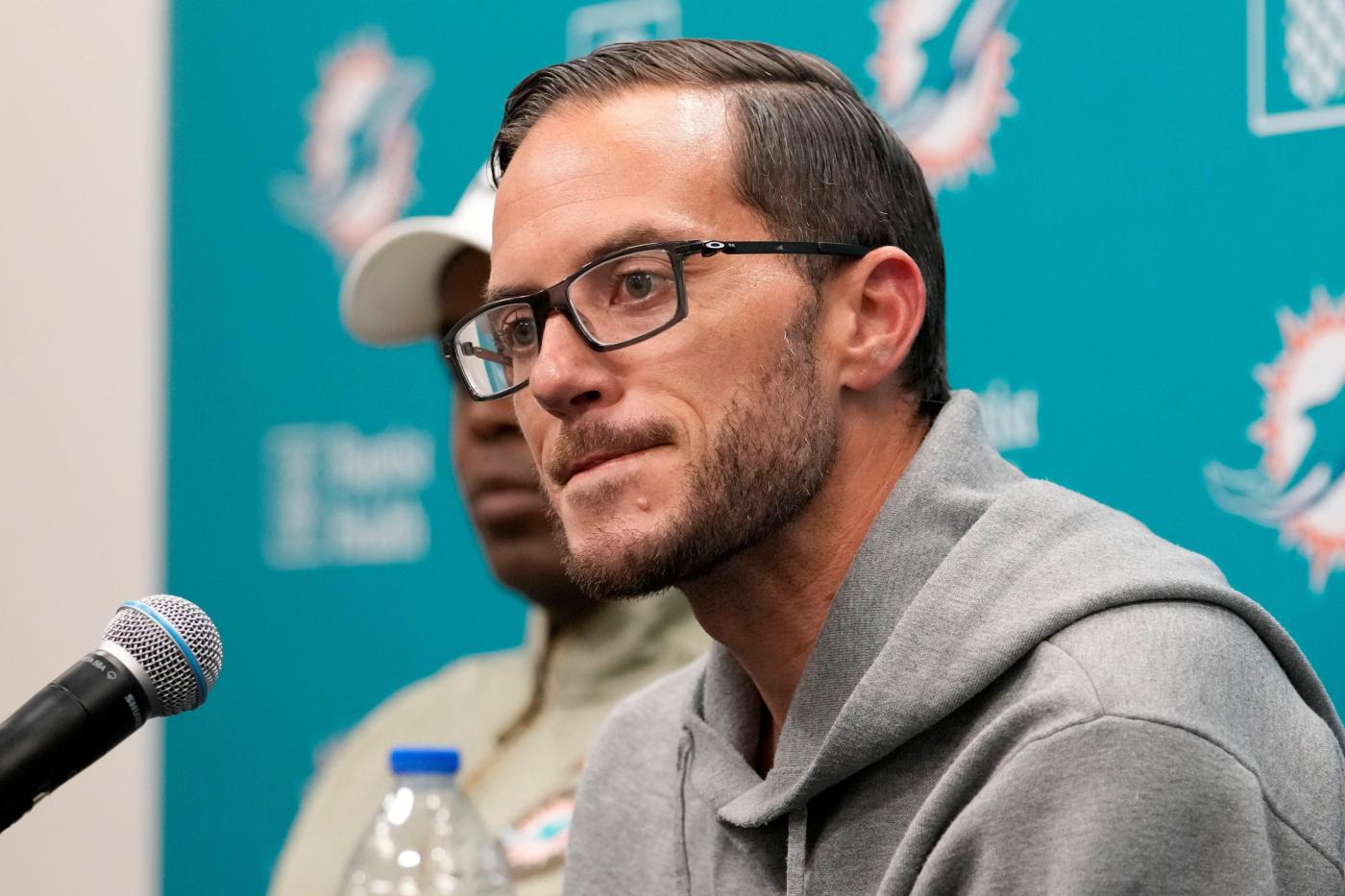 When Mike McDaniel was asked Monday what his biggest lessons learned were after completing his rookie head coaching season leading the Miami Dolphins, the first thing he did was look at his watch.

It was meant to signify how he could go a long time with a lengthy answer.

And it probably wasn’t intentional — but maybe subconscious — part of his answer may have been right there on his wrist: Clock management.

It bit the Dolphins at the worst possible time. They were in the playoffs and, despite all odds, had a chance to upset the heavily favored Buffalo Bills on the road. But there were too many instances down the stretch of a 34-31 wild-card round loss where failure to get the play-call communicated in a timely manner either put the offense at a disadvantage in a rushed situation, cost the team a second-half timeout or — in the final, most-pivotal moment — pushed Miami back five yards on a fourth down with the season on the line.

So, let’s start with that clock management.

“There’s a lot of constructive criticism that I put on myself, first and foremost,” McDaniel said. “The bottom line is, in the biggest moment, we weren’t able to execute. There was compounding variables to that, things that you can’t really change in hindsight.

“I need to work it out with the staff. So, if it became a problem in crunch time, that’s ultimately my responsibility. It wasn’t necessarily for a lack of direction. It was more just really working on the nuances of communication, which starts with me.”

He did have his share of excuses for it. It was rookie third-string quarterback Skylar Thompson leading the offense in his third NFL start, on the road against a top defense in a tough environment. He had his starting running back out, and a lot of movement along the offensive line with a different starting left guard, right guard and right tackle.

McDaniel’s offense is complex, with various alignments and substantial pre-snap motion. But should he have simplified things in key moments?

“The way I look at things is, in hindsight, you learn that [with] that many new players in one game, you have to be mindful of that when you’re building a plan with a lot of communication,” he said.

“You learn from it. I was proud of the guys, really proud of the entire team, for allowing us to be in that situation. And because of that, there’s a lot of young players that really can understand the gravity of how you operate in the spring, how you operate in training camp. All of it matters because you’re building for those moments where you don’t want a time issue to be the reason why you’re having to watch the rest of the postseason from your home.”

McDaniel also may need to reassess the system he has in place for determining whether to challenge calls on the field. He started 0 for 5 before his first successful challenge late in the regular-season finale against the Jets that got the Dolphins into the postseason.

The coach had some fourth-down decisions that could be questioned, but it’s also part of his philosophy to be aggressive in certain parts of the field and on fourth-and-shorts, even if in his team’s own territory.

McDaniel entered the 2022 season confident he was ready for the moment because he has mentally placed himself in various scenarios in his years as an assistant coach. He learned that actually being immersed in those situations in his new seat as a head coach can be a different animal.

“There’s new things that happen every day. I’m excited to have a little experience with handling each and every one of them,” he said. “Although I’ve thought about it, it’s a different thing to really attack it. You learn that you are only as good as everyone you work with.

“That was a principle philosophy of mine, but truly living it, you just rely on a lot of people deciding to go in one direction. It’s a humbling experience, but it’s also very validating and reinforces what the position truly is — that you are a service to a lot of people that are trying all to do the same thing. Trying to orchestrate that is not easy, but it sure is worth it.”

Given that, McDaniel will now have a key offseason of deciding what changes to make on his coaching staff. He constructed a staff for the first time last offseason. It was a combination of coaches he has worked with, some holdovers from former coach Brian Flores’ tenure and others he felt would fit the teaching necessary for the team’s offensive and defensive schemes.

Now with experience working with them and getting a first-hand view of their coaching styles, he’ll have to determine who is staying and going or, if some take jobs elsewhere, find replacements.

Prime among those decisions will be whether to retain defensive coordinator Josh Boyer and special teams coordinator Danny Crossman. Quarterbacks coach Darrell Bevell is reportedly speaking to the New York Jets about their offensive coordinator opening, according to NFL Network and New York-based reports.

One thing’s for sure: McDaniel is committed to fixing any shortcomings.

“I feel very bound and determined to always improve,” he said postgame Sunday at Highmark Stadium. “I think there’s always good and there’s always bad. I think the second that you start thinking that you’re problem-less or that you’ve figured it out is when stuff passes by.

“My primary concern is that I do everything possible to try to put people in positions for success, because that’s what this role can offer. I think I’m happy with that and not happy with [Sunday’s] result, which I don’t think I’ll ever be until it’s the final game of the season and you’re champion.”