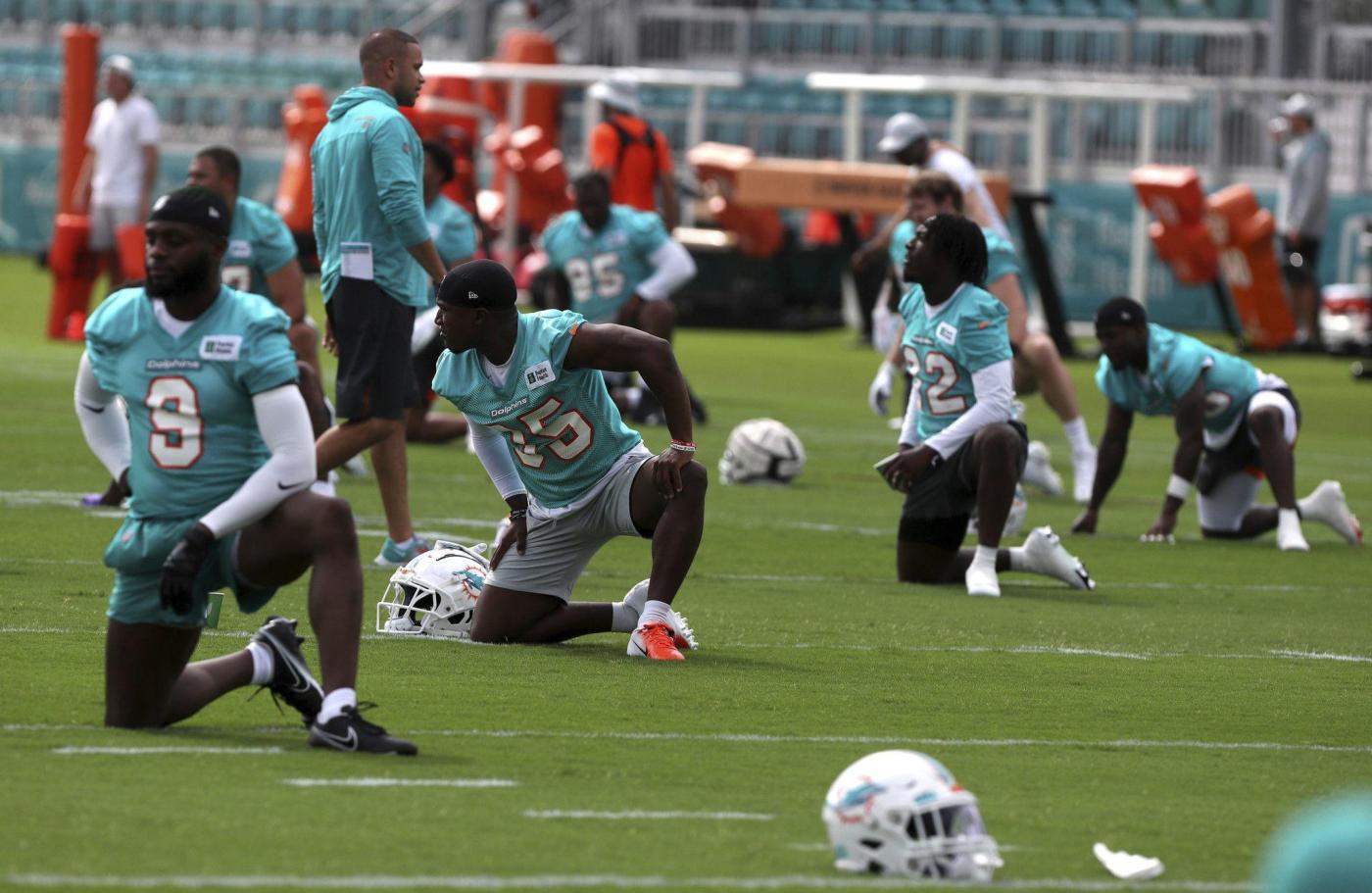 Miami Dolphins quarterback Tua Tagovailoa may be one of the NFL’s most polarizing athletes when considering the level of praise he receives from some, and contrastingly, the heavy criticism many analysts send his way.

As Tagovailoa opened a pivotal training camp on Wednesday ahead of his third NFL season, he expressed both an appreciation for the support and gave off an indication that much what critics say never really reaches him.

On one side, there’s new Dolphins star receiver Tyreek Hill, who has taken it upon himself to be Tagovailoa’s biggest proponent.

As Hill debuted his new podcast earlier this offseason, he got the attention of the national media by saying Tagovailoa is a more accurate passer than his former quarterback in Kansas City, Patrick Mahomes. It was something Hill was comfortable proclaiming based solely on offseason work in organized team activities and minicamp after getting to at least the AFC Championship Game each of the past four seasons with Mahomes. Hill later doubled down on the notion last week by deeming Tagovailoa the NFL’s most accurate passer in an interview with ESPN.

“It’s cool,” Tagovailoa said following Wednesday’s first session of training camp. “Tyreek is someone that has established himself, and to have the support from him means a lot. I’m glad to have him as my teammate.”

New Dolphins coach Mike McDaniel, running his first training camp as a head coach, loves to see his established, six-time Pro Bowl wideout boosting the confidence of the young quarterback who has been up and down over two seasons and needs to take a Year 3 leap.

“You really appreciate when people believe in each other,” McDaniel said before drills. “If not the No. 1, he’s right up there as one of the most competitive players I’ve ever been around in my life. And part of how Tyreek has become who he is, is because he is brash, extremely convicted and competitive and that’s his driving force. And if Tyreek is saying it, it’s because he believes it.”

But does it get to a point where it goes overboard with Hill hyping up Tagovailoa to a level that the quarterback will not be able to match in his third professional season? Regardless, Hill’s demeanor can rub off on Tagovailoa and translate into motivation to deliver.

The connection was there between Tagovailoa and Hill as they opened training camp with Tagovailoa dropping a deep sideline throw over a defender to Hill and also hitting him on several underneath routes over the middle and to the outside — one to open 11-on-11 work which resulted in ample yards after catch.

On the other end of the spectrum, Tagovailoa has been the subject of fairly harsh criticism over, among other things, his arm strength and passing production with the lacking offense that has surrounded him his first two seasons. It comes from various NFL analysts and on social media from those he has previously labeled “Twitter warriors.”

Tagovailoa has consistently said he ignores it.

“I don’t know any of those guys,” Tagovailoa said of his critics. “It’s that, what they have to say, good for them. That’s probably a good thing for them to say. They draw people for clickbait or — I don’t know — whatever that is.

Whether it’s the public boost he gets from Hill or the heavy counter from his critics, Tagovailoa vows none of it will result in added pressure in a season where excuses will no longer be lined up for him. The offensive line has improved, his pass-catching targets are there, and he’s got the support of his new head coach.

“I would say I never put pressure on myself, but it comes with the position,” Tagovailoa said. “Pressure’s always there playing this position and playing in the NFL. For any professional athlete, anyone can attest that it’s unadded pressure. We put that pressure on ourselves to compete every day, to be our best, to do things the right way consistently.”