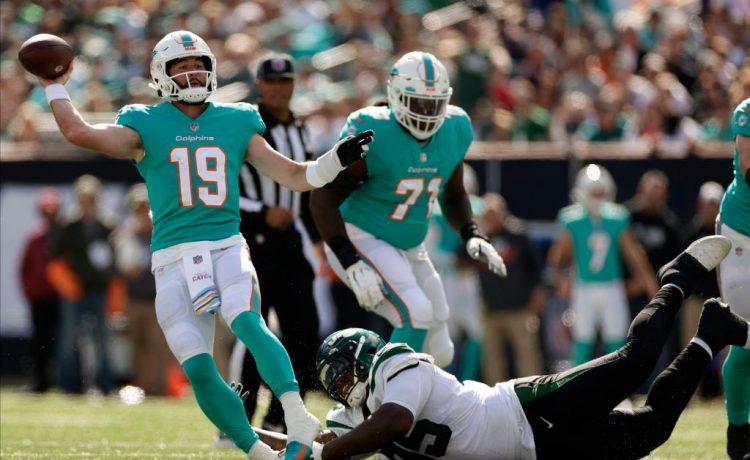 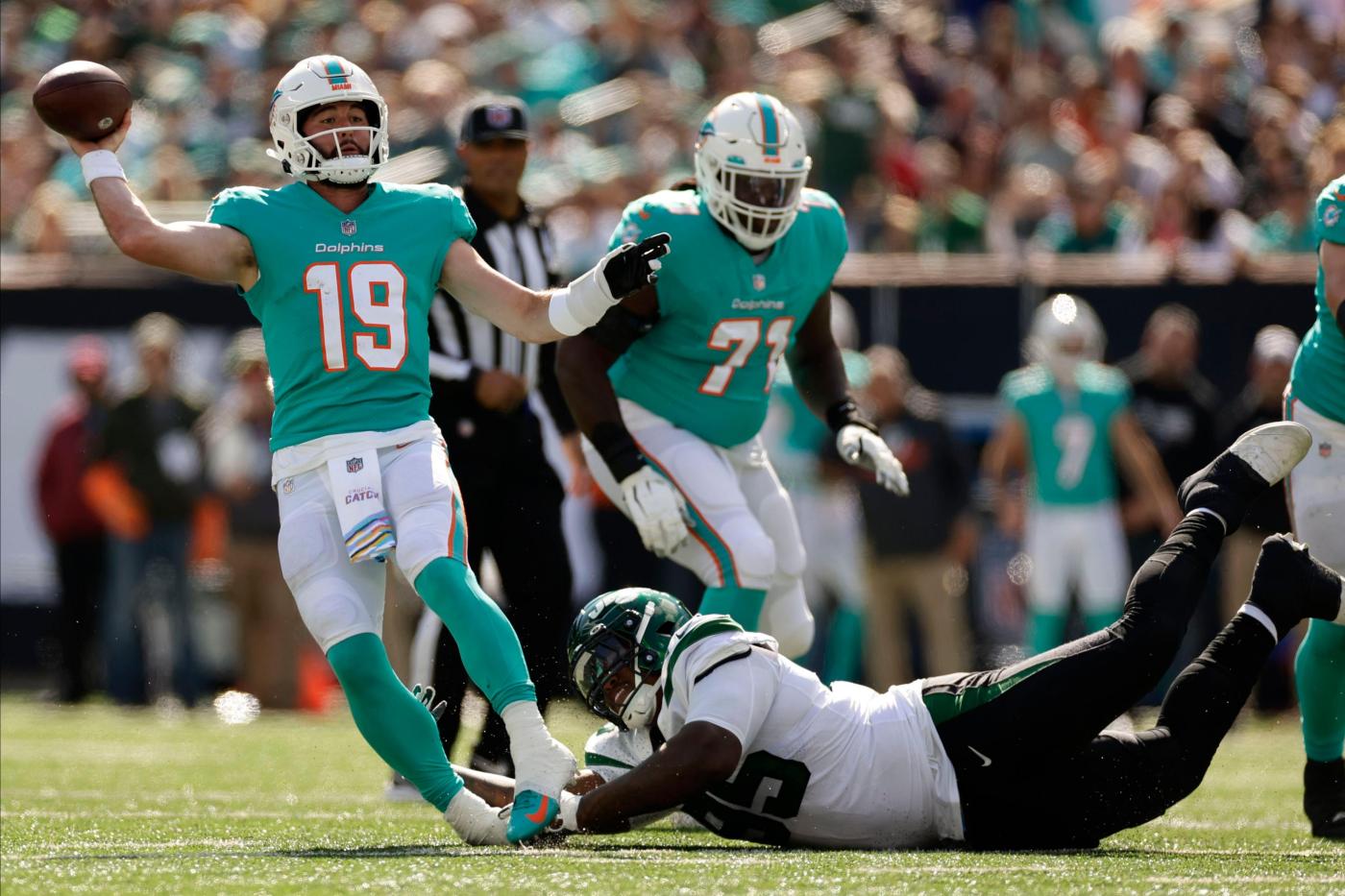 One word. That’s all it takes Kansas State coach Chris Klieman to describe the most defining on-field quality Dolphins rookie quarterback Skylar Thompson showed him during his college career.

“Confidence,” Klieman said. “The number one thing is confidence.”

Thompson has a maturity beyond his years, and it’s partly because he was steeled by crisis early in life.

The confidence and early-life challenges are a couple of reasons Dolphins offensive coordinator Frank Smith said Thompson is “not your average rookie.”

Thompson, a seventh-round pick, is scheduled to make his first NFL start Sunday against the Minnesota Vikings (4-1) as the Dolphins (3-2) try to end their two-game losing streak.

Starting quarterback Tua Tagovailoa and backup Teddy Bridgewater both cleared concussion protocol Saturday, according to a source. Bridgewater will serve as Thompson’s backup against the Vikings, while Tagovailoa will be inactive.

“We decided to start Skylar because we knew it was best for the team in terms of having the week to prepare and all of those things,” coach Mike McDaniel said.

Thompson is 25 years old, an advanced age for an NFL rookie, and seems ready mentally and physically.

Thompson, who lost his mother and paternal grandfather to cancer within seven months of each other at a young age, will be playing for his family Sunday as well as the Dolphins. He described the trauma of the deaths and how they’ve led him to better things in an article for Kansas State in May 2019.

But it’s his on-field confidence that will be most on display Sunday.

Many Dolphins teammates have noticed that trait. They mention Thompson’s demeanor in the huddle and during training camp and preseason games. He’s in charge and everyone knows it.

However, Thompson’s physical traits set him apart, too.

He comes equipped with a strong right arm, the one that can boom the ball downfield or zip passes on a rope to the sideline, both with accuracy. And there’s the football-aware mentality.

“Those are the things when I think of a lively arm,” Klieman said. “I don’t think of just throwing vertical shots. I think about seam balls, I think about breaking cuts, when you’re throwing before the kid comes out of his break because he anticipates it, he sees the coverage.”

Klieman knows what he’s talking about when it comes to quarterbacks. He won three FCS national championships as coach of North Dakota State (2014-18). He was at the school when it had NFL draftees Easton Stick, Carson Wentz and Trey Lance.

McDaniel saw some of the same traits in Thompson as Klieman when the Dolphins drafted him in May. McDaniel noticed Thompson sees defenders instead of receivers, which allows him to make better throws.

“When you look at defenders you can anticipate and throw with timing, which maximizes yards after catch and explosiveness,” McDaniel said.

Klieman, as it turns out, can reel off a host of qualities when he discusses Thompson.

“I don’t know if he’d say he was a dual threat guy,” Klieman said, “but he had great escape ability to make some runs.”

He also mentions the biggest intangible a quarterback could have.

“He made everybody around him better,” Klieman said, “because he challenged the heck out of everybody in a positive way at practice.”

That’s a result of the maturity Thompson gained early in life from the deaths of his mother and grandfather.

Thompson, who is from Independence, Mo., talked about how adversity would never destroy him, listening to hip-hop artist Eminem with his father, and singing the Outkast song, “Hey Ya!” with his mother while she was battling cancer.

The Dolphins’ third-string quarterback carries a lot of responsibility into the Vikings game. He’ll be playing in front of about 15 family members and friends who are making the trip, mostly from Missouri.

“My dad is probably my go to,” he said. “I have a great circle around me of people that have supported me from day one as a person more so than a football player. At times like this, that’s what I really lean on is those people, and then just try to tune everything else out.”

All indications are he will do just that.