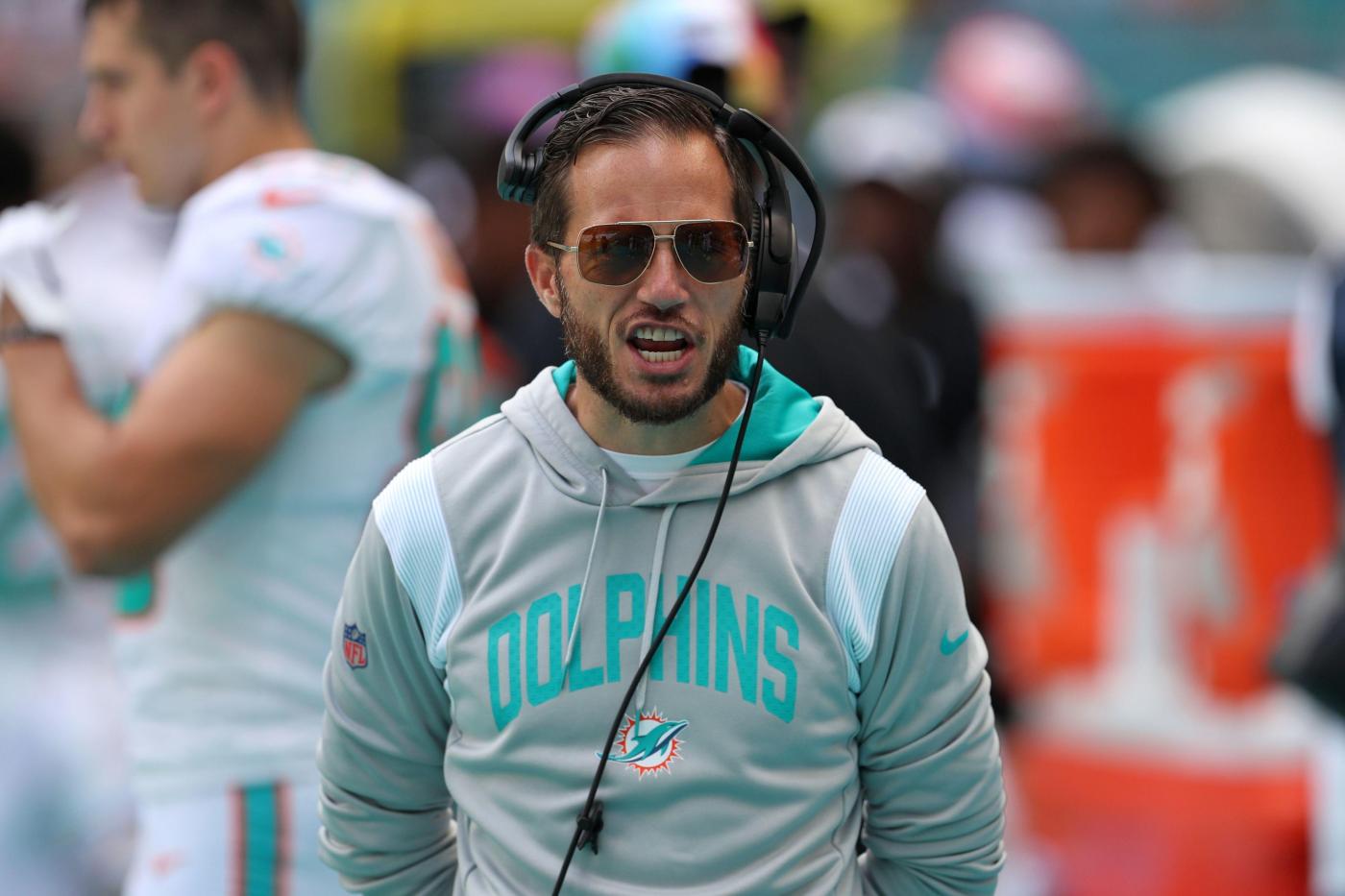 What the Miami Dolphins could use right about now to get them back on track is a home game. And better yet, a home game against a losing team.

Three consecutive road games against winning teams netted the Dolphins three losses in a row to send them spiraling from 8-3 to 8-6 ahead of the team’s pivotal final three-game stretch of the regular season to determine if they make the playoffs.

The team could use a pick-me-up at Hard Rock Stadium against the Green Bay Packers, who are 6-8 after winning Monday against the Los Angeles Rams, before Miami’s critical AFC East matchups at the New England Patriots and home finale against the New York Jets.

“We know exactly what we ended up doing in those three games. That definitely wasn’t the desired outcome,” Dolphins coach Mike McDaniel said Monday. “We knew exactly what the trip was going to be like. We knew what those three games against good opponents — we knew it was a challenge, and we were kind of excited for that challenge.”

But McDaniel stopped short of calling it “relief” when asked about playing at home for the first time in nearly a month.

“We love our home venue, but it’s not exactly like, ‘Oh, finally. We’re home,’ ” he said. “It’s more that we needed another opportunity to play football. It’s a bad taste that you want to try to get rid of.”

Despite riding a three-game skid into Christmas Day against Green Bay, McDaniel still finds reasons for encouragement after his team battled amid a short week that involved long travel from Los Angeles late one Sunday night on the West Coast into Monday morning in South Florida to then go up to frigid western New York a day early for Saturday night’s 32-29 loss on a last-second field goal.

“If you’re going to lose football games, you should get something out of it, just moving forward, to make yourself better, to make that purposeful,” he said.

McDaniel was proud of the effort his team showed and lack of excuses that were made for coming out on the wrong end of results against the Bills, Chargers and San Francisco 49ers.

“We allowed ourselves to utilize every experience because of our intent and our commitment moving forward,” McDaniel said. “If we choose to do it and if we execute everything that we haven’t and utilize those experiences, we’ll look back and say those were very beneficial.”

Players will enjoy getting back in the friendly confines of Hard Rock Stadium.

“I love playing in that stadium,” defensive tackle Christian Wilkins said. “It’ll be good to switch it back up and get back home. It’d be nice, especially, it being the holiday and everything, hopefully take care of business and enjoy the holiday at home.”

Said left tackle Terron Armstead: “The Rock will be rocking, for sure. It’ll be Christmas. Beautiful football Sunday.”

Miami has several injuries to monitor before facing the Packers.

“He seemed pretty solid [Monday],” McDaniel said. “Unless anything comes across my plate unforeseen, I think we should feel really comfortable with him.”

McDaniel is encouraged about the prospects of running back Jeff Wilson and safety Eric Rowe returning to action after they each missed the Bills game with a hip injury and hamstring ailment, respectively.

Safety Jevon Holland said the neck roll he wore in Buffalo was due to a stinger he experienced that made his arm feel like it was “on fire.” He said Monday he has no neck issues going into Sunday against Green Bay.

Armstead has toe, pectoral and knee injuries that will all likely factor in for him through the remainder of the season, but he said he came out of the game in Orchard Park “all right.”

“Got my bumps and bruises, like everybody else,” Armstead said. “Late in the season, got a lot of games on me, but we’re moving forward.”

Wide receiver Jaylen Waddle returned to the game Saturday after dealing with a forearm injury. Cornerback Keion Crossen also left against the Bills with a knee injury, and defensive back Elijah Campbell could return after making progress in concussion protocol last week.

Miami fans stuffed the ballots for their players as wide receiver Tyreek Hill was second in the league. Along with Tagovailoa and Hill, Armstead and fullback Alec Ingold lead their position groups in the AFC.

Pro Bowl roster selections are determined by the consensus votes of fans, players and coaches. Each group’s vote counts one-third toward determining the 88 Pro Bowl players.

The AFC and NFC rosters for the Pro Bowl will be announced Wednesday on NFL Network.