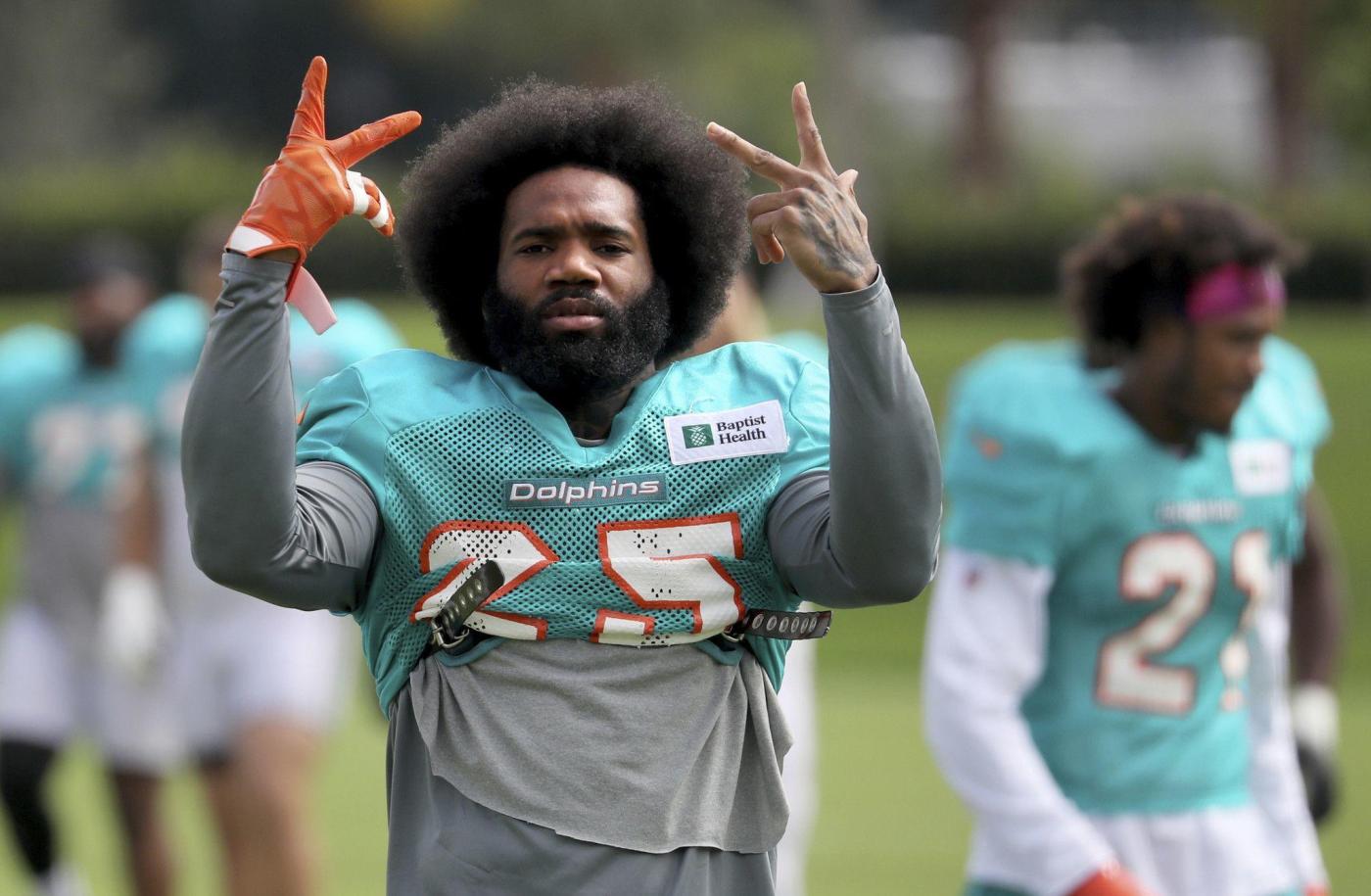 “Maaaaan I been told you I was sorry for giving it to you,” Howard allegedly told the woman, according to the complaint. “But what can I do now? The damage is done.”

Xavien Howard is a Miami Dolphins cornerback and is considered perhaps the biggest star in the Dolphins’ defense.

The complaint says Howard met the woman, identified only as Jane Doe, in February 2018 while she was working at Quest Diagnostics, and shortly after Howard asked her out on a date. Howard showed the woman a copy of an STD screening dated Feb. 5, 2018, which had all negative results.

In 2019, Howard learned he contracted herpes simplex virus type 2, genital herpes, the complaint says, but did not inform the woman with whom he had a relationship. He further told the woman he had been tested for STDs on other dates “and that he remained free of any sexually transmitted disease.”

Jane Doe learned she had the STD in March 2021 after a routine screening, the complaint says, and confronted Howard, “knowing that Defendant Howard was the only individual who could have transmitted” it.

Howard first denied it but “ultimately admitted” that he knew he had herpes.

The complaint says the woman has suffered permanent bodily injury as a result of Howard’s actions, which were “outrageous and beyond all bounds of decency in a civilized community.” She has also suffered “mental anguish, loss of capacity for the enjoyment of life, and past and future medical expenses.”

“She’s looking forward to proving what we have alleged, and we expect just based on the reckless conduct in which he’s engaged that she won’t be the only person making similar allegations,” said Brad Edwards, the attorney representing Jane Doe. “I would be surprised if she is.”

The damages his client has suffered “are far above $100,000 or even a million dollars,” Edwards said.

“If he were to do the right thing, there’s no way it should ever get to this point,” Edwards said. “When you mess up, take responsibility, make up for it, own up to it, and that’s just not what has happened or what seems like is going to happen, so this is the way that she’s going to get justice.”

On the field, Howard, has been a Pro Bowl selection in three of the past four seasons and was All-Pro in 2020. He is one of the highest-paid players on the team, in April signing a five-year contract extension that averages more than $25 million per year, one of the longest and most lucrative for any cornerback in the NFL.

Howard has 20 tackles and five pass deflections in his six starts this year.

His best season was 2020, when he led the NFL with 10 interceptions and 20 pass deflections, which earned him a third-place finish in Defensive Player of the Year voting. He also recorded a league-leading seven interceptions in 2018.

With 27 career interceptions, Howard has the most in the NFL since he entered the league in 2016. The next closest is the 25 interceptions that Los Angeles Chargers cornerback J.C. Jackson had during that time span.

Howard, a Houston native who attended Baylor University, was selected by the Dolphins in the second round, No. 38 overall, of the 2016 draft.

This is a developing story, so check back for updates. Click here to have breaking news alerts sent directly to your inbox.