Todays Though > News > Dolphins, though they won’t admit it, are at the end of the line in the ‘next-man-up’ thing – Boston Herald
News

Dolphins, though they won’t admit it, are at the end of the line in the ‘next-man-up’ thing – Boston Herald 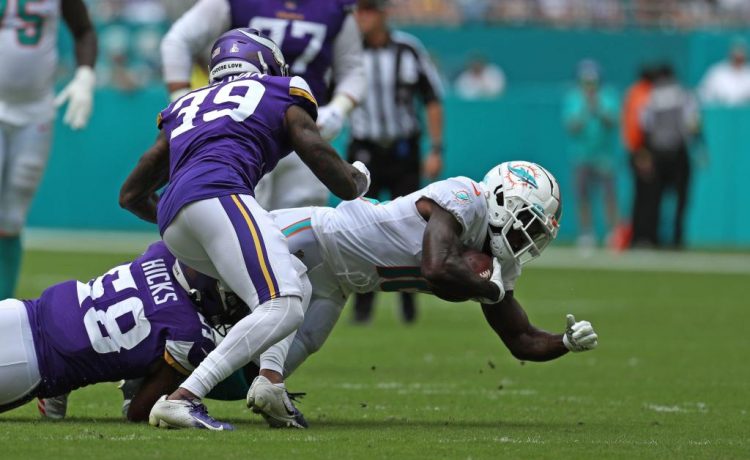 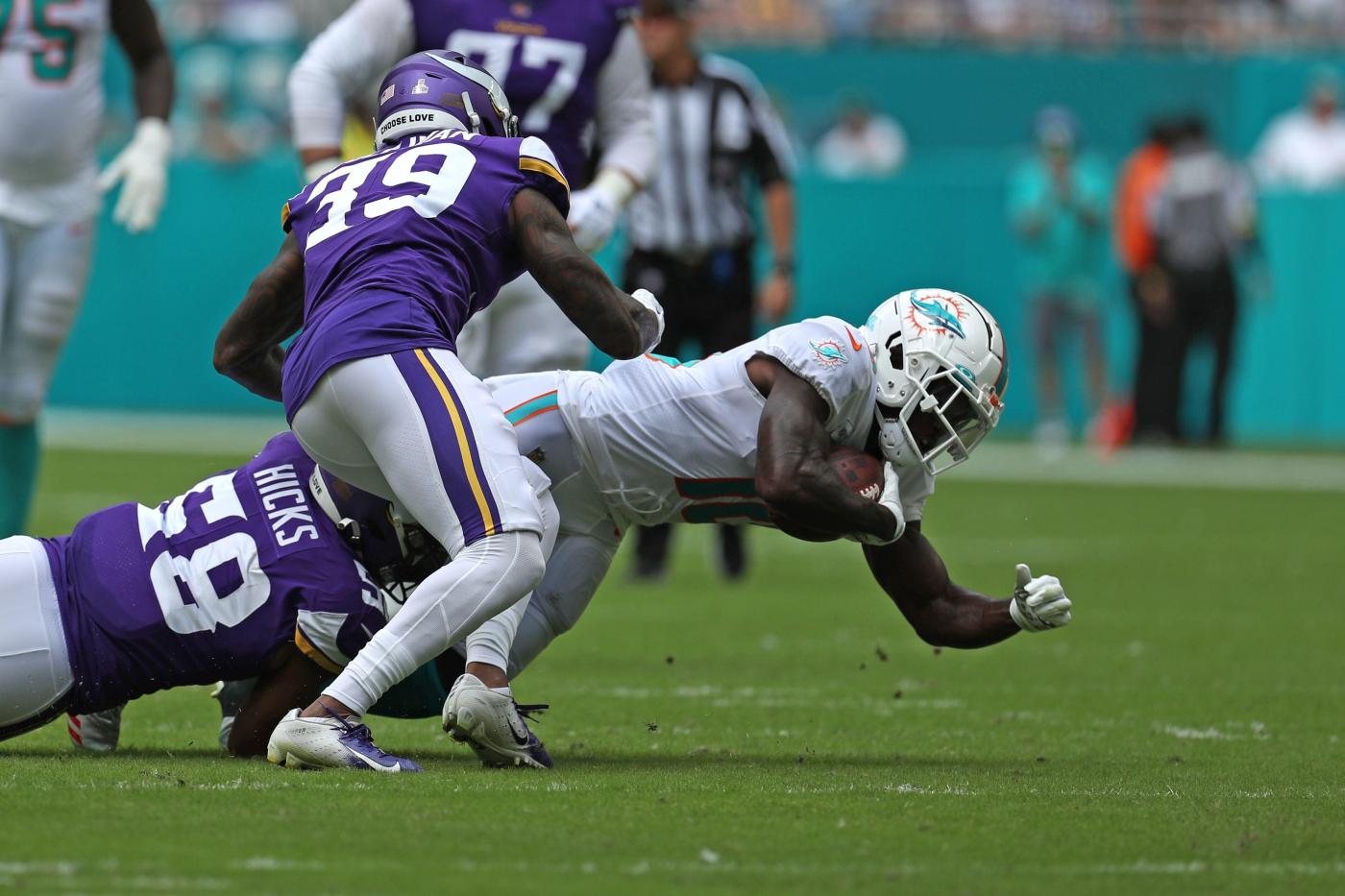 Xavien Howard sat at his locker Sunday after the Dolphins lost to Minnesota, 24-16, and frustratingly rattled off the words he’s been taught his entire athletic life. Injuries aren’t an excuse for losing. Everybody has injuries. Nobody cares if you have injuries. It’s the next man up. Howard, the Dolphins All Pro cornerback, went through the entire list of sayings.

But at some point it’s no longer true for the Dolphins or any other team. At some point, and perhaps at this point right now, the injuries do make a difference, and the personnel losses caused by these injuries leave a mark. No team has an endless amount of depth.

At some point you need good health or you won’t win. That’s the NFL truth.

The Dolphins are trying to battle through that NFL truth. They’re trying to convince themselves they have enough, they can find a way.

“We can’t keep using that excuse that everybody is injured,” Howard said. “People don’t give a [expletive].”

But the Dolphins, who have now lost three consecutive games after starting 3-0, are at the end of the line when it comes to depth.

You can’t expect to thrive when you go three consecutive games where the quarterback who starts the game doesn’t finish it due to injury, you don’t have your starting offensive tackles, and you don’t have a starting cornerback.

Look at the key numbers.

The Dolphins, who were minus-3 in turnovers Sunday against Minnesota (5-1) with two interceptions and a lost fumble, are now minus-5 in turnover margin for the season. They were plus-2 after three weeks. They’re minus-7 the past three weeks.

“The No. 1 indicator in wins and losses has been, and forever will be, turnovers,” McDaniel said.

And special teams errors, some the result of injuries, have been coming in abundance the past few weeks. It’s not necessarily the missed or blocked field goal attempts or extra points, but rather the long kickoff and punt returns.

When you play a large number of backups, bad things often happen.

The Dolphins defense kind of did its thing. The defense held the Vikings to 234 yards, forced 10 punts, recorded three sacks, seven quarterback hits and five passes defended. They forced three-and-outs on Minnesota’s first four possessions. But they didn’t produce a turnover for the third consecutive game, perhaps another sign of playing lots of backups.

“Even though we get three-and-outs and [expletive] like that, it ain’t enough,” Howard said. “And we see that now. I don’t want people to go out there chasing plays but, [expletive], we’ve got to get better.”

It’s tough when teams must grudgingly acknowledge they’ve exhausted the next men in the “next-man-up” philosophy.

But that’s where we’re at with the Dolphins. Few NFL rosters can take this kind of attrition.

On top of everything else, penalties are creeping up and affecting strategy.

Penalties, or the large amount of penalties, forced McDaniel to try to score on the Dolphins’ final possession of the first half. They got the ball at their own 11-yard line with 28 seconds remaining, trailing, 7-3. They suffered an interception two plays later and Minnesota kicked a 34-yard field goal to take a 10-3 halftime lead.

McDaniel said the large number of penalties forced him to try for the points.

“It feels on the field when you’re getting a slew of penalties, it feels like it’s out of your control,” he said.

The penalties aren’t likely a product of the personnel losses due to injury. But they’re another thing going wrong and causing stress.

Most likely time is the biggest factor in the Dolphins getting back on the winning track. Time, theoretically, will bring good health. Until then, the Dolphins will continue to try to convince themselves they have enough to win. The Dolphins, in other words, will continue to battle against the NFL reality that injuries do cause losses.

“It’s definitely frustrating,” Phillips said of the seemingly endless line of injuries the Dolphins have sustained in the past three weeks. “But it doesn’t shake our confidence. Our eyes are on next week already.”