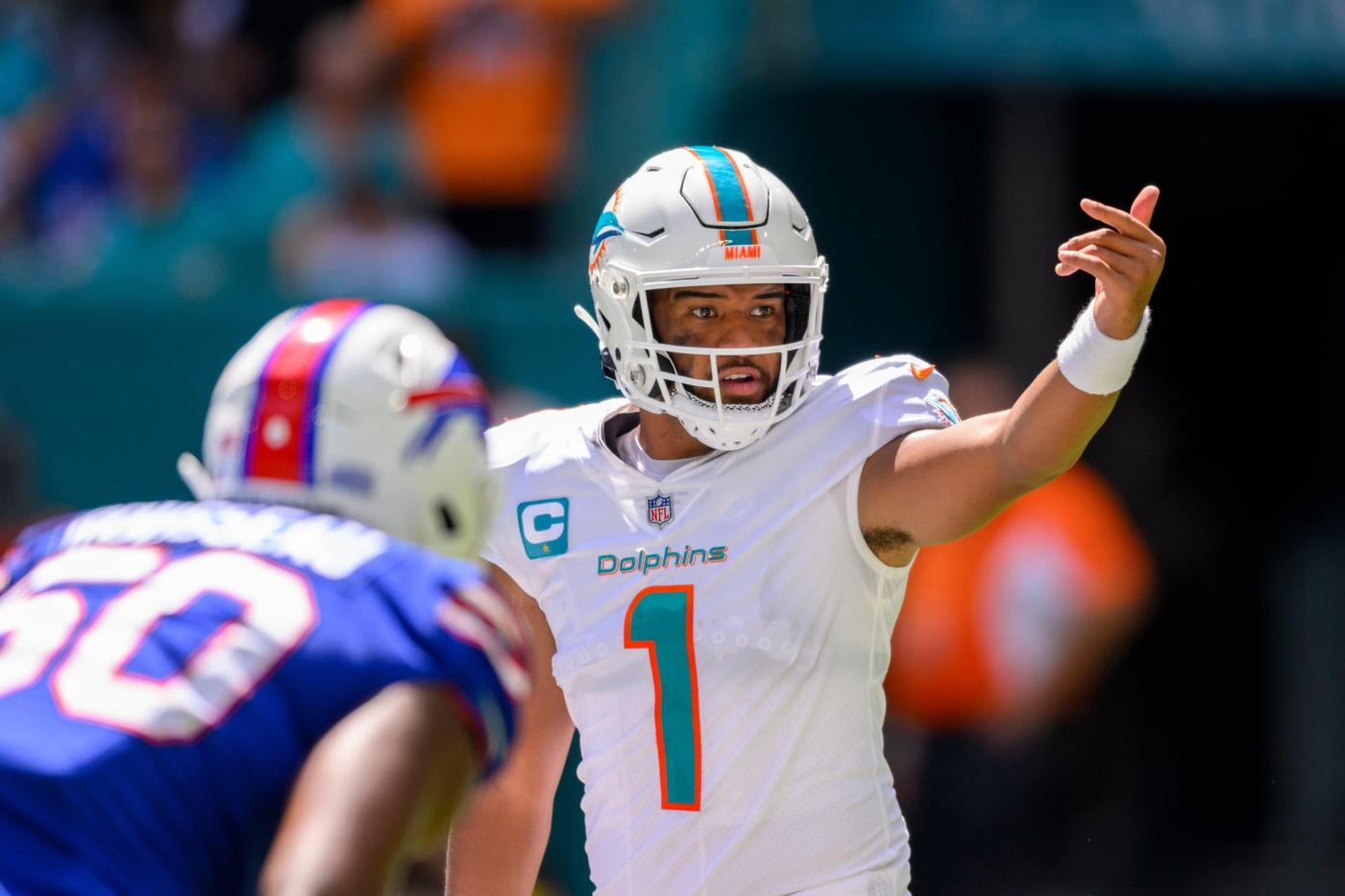 The Miami Dolphins’ Week 15 game at the division-rival Buffalo Bills will be played on Saturday, Dec. 17 in an 8:15 p.m. kickoff, the NFL announced Monday. It was originally scheduled for Sunday.

It was one of five matchups the NFL had left open to either take one of three slots that Saturday or play the following Sunday. Ravens at Browns will be played at 4:30 p.m. that Saturday with Colts at Vikings taking the early 1 p.m. game. Giants at Commanders was flexed to “Sunday Night Football,” while Falcons at Saints will be played Sunday afternoon.

Opting for a Saturday AFC East showdown between the Dolphins and Bills creates a brutal turnaround for the Dolphins, traveling again to Buffalo with one fewer day to prepare after returning to Miami early Monday morning from spending more than a week on the West Coast for back-to-back games in California.

The NFL also had an option to flex the Dolphins into Sunday night for a second consecutive week, with a Patriots-Raiders game originally scheduled for prime time on Dec. 18, but the league instead chose Giants-Commanders to replace it. Last week, the NFL bumped up this Sunday’s Dolphins-Chargers game to the night slot over Chiefs at Broncos.

Before last week’s announcement for Miami’s game at L.A., the Dolphins had never been flexed into a Sunday night game since the NFL began its flex scheduling in 2006.

The Dolphins-Bills Saturday night game will air on NFL Network.

The Dolphins are signing veteran tackle and former No. 1 draft pick Eric Fisher as they place right tackle Austin Jackson on injured reserve, according to a league source.

Jackson did not play in Miami’s Sunday game at the San Francisco 49ers after he aggravated his ankle injury in the Nov. 27 win over the Houston Texans. Jackson, a 2020 first-round pick, has his second stint on IR, hurting the right ankle in both games he played this season. The IR placement puts him out a minimum of four weeks, and with five games remaining on the schedule, it likely puts him out for the rest of the regular season.

Fisher, 31, was the top selection in the 2013 NFL draft by the Kansas City Chiefs. In eight seasons with Kansas City, he made two Pro Bowls, the last coming in 2020. The Central Michigan product spent 2021 with the Indianapolis Colts, starting 15 games with them.

Three-time Pro Bowl left tackle Terron Armstead also missed Sunday’s game, but he is closer to returning from his pectoral strain. At San Francisco, the Dolphins started Brandon Shell at right tackle and Greg Little at left tackle. Fisher gives them a fourth veteran tackle on the active roster when all aside from Jackson are healthy.

Against the 49ers, the backup tackles largely held up. Star defensive end Nick Bosa got three sacks, but only one could really be attributed to him beating one of the tackles, which was his final sack, winning a 1-on-1 against Shell and forcing a fumble on quarterback Tua Tagovailoa that was returned for a touchdown. On the others, he pulled a stunt inside for one and had running back Jeff Wilson Jr. miss a block on him for the other.