Todays Though > News > Dolphins’ Tua Tagovailoa out for at least Jets game while in concussion protocol, but coach says MRI was clean – Boston Herald
News

Dolphins’ Tua Tagovailoa out for at least Jets game while in concussion protocol, but coach says MRI was clean – Boston Herald 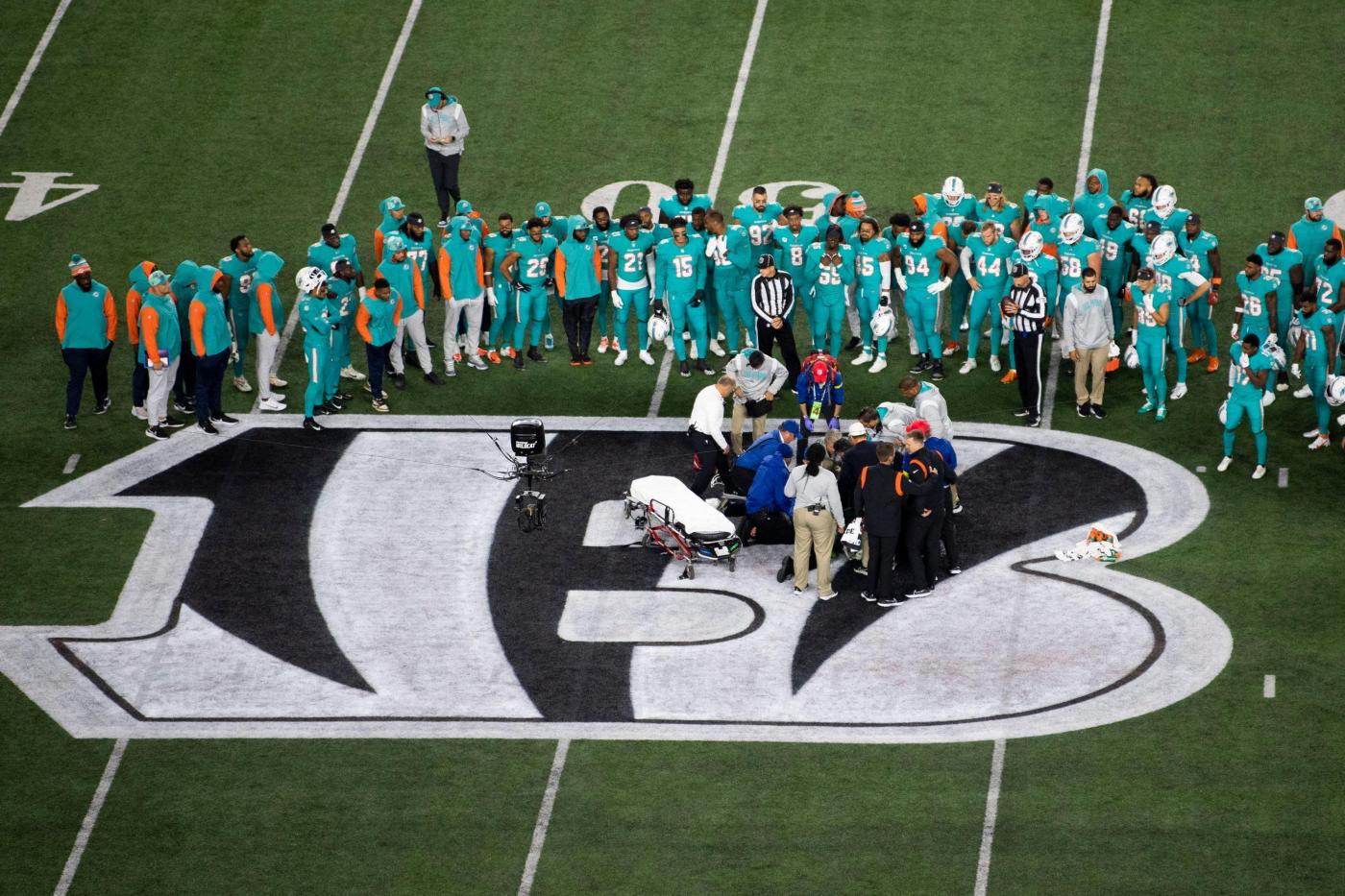 While the Miami Dolphins remain without a timeline for quarterback Tua Tagovailoa’s return from his concussion, he is definitively being ruled out for Sunday’s game at the New York Jets.

“I can comfortably say that he’s out for this game against the Jets,” Dolphins coach Mike McDaniel said of Tagovailoa on Monday as his team came back from a weekend off after playing Thursday night in Cincinnati. “It’s too early to give a definite timeline.”

McDaniel said Tagovailoa’s MRI from Friday, which was still pending when he last spoke that afternoon, did indeed come back clean. That comes in addition to the X-rays and CT scans that were already clear of anything concerning.

Tagovailoa was at Dolphins facilities on Monday as he remains in concussion protocol but the rest of the team practices. The third-year quarterback “had a couple of good days,” according to McDaniel, after the concussion that knocked him out of the Thursday loss to the Bengals.

Tagovailoa, following the sack from Bengals nose tackle Josh Tupou that drove his back and then his head to the turf from the whiplash, was carted off the field on a stretcher and taken to at University of Cincinnati medical facilities before being released late Thursday night and traveling back to South Florida with the team.

It was the second blow to the head that Tagovailoa took in five days. He also had the back of his head connect with the turf in the Sept. 25 win against the Buffalo Bills at Hard Rock Stadium. Pushed on his back by Bills linebacker Matt Milano, Tagovailoa grabbed at his head, shook off cobwebs and stumbled once he got up.

After he was checked by doctors on the field and then in the locker room at the two-minute warning of the first half against Buffalo, Tagovailoa was cleared at halftime from concussion protocol and allowed to return in the second half. Following an initial team announcement of a head injury, Tagovailoa and McDaniel said postgame that it was actually a back injury that caused Tagovailoa to appear woozy on the field.

The NFL Players Association immediately initiated an investigation into the process of clearing Tagovailoa that Sunday. Thus far, it has resulted in the termination of the unaffiliated neurotrauma consultant assigned to the concussion check on Saturday, but the NFL and NFLPA released a joint statement that said no conclusions about medical errors or protocol violations have been made.

McDaniel, on Monday, said he remains confident in the team’s process and everything involved with how they approached the medical situation in clearing the Dolphins quarterback for the second half of the Week 3 game before sending him back onto the field last Thursday.

While Tagovailoa is out, backup quarterback Teddy Bridgewater will start. He finished 14 of 23 for 193 yards, a touchdown and an interception after substituting for Tagovailoa on Thursday in Cincinnati.

Rookie quarterback Skylar Thompson will be Bridgewater’s backup. McDaniel also said on Monday that the Dolphins are bringing back quarterback Reid Sinnett, signing him to the practice squad on Monday afternoon.