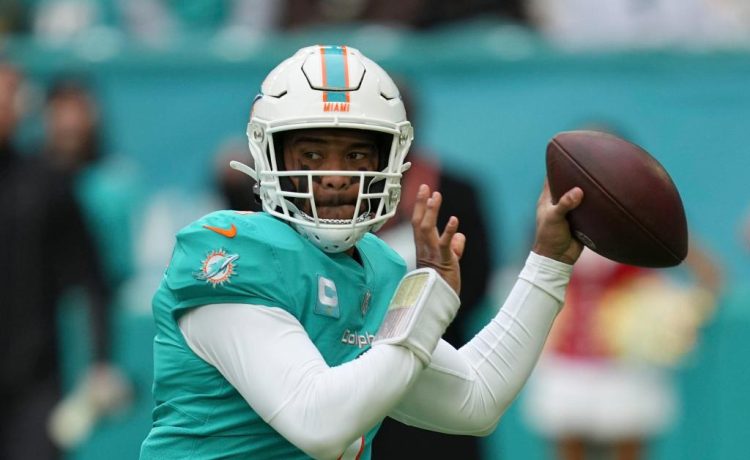 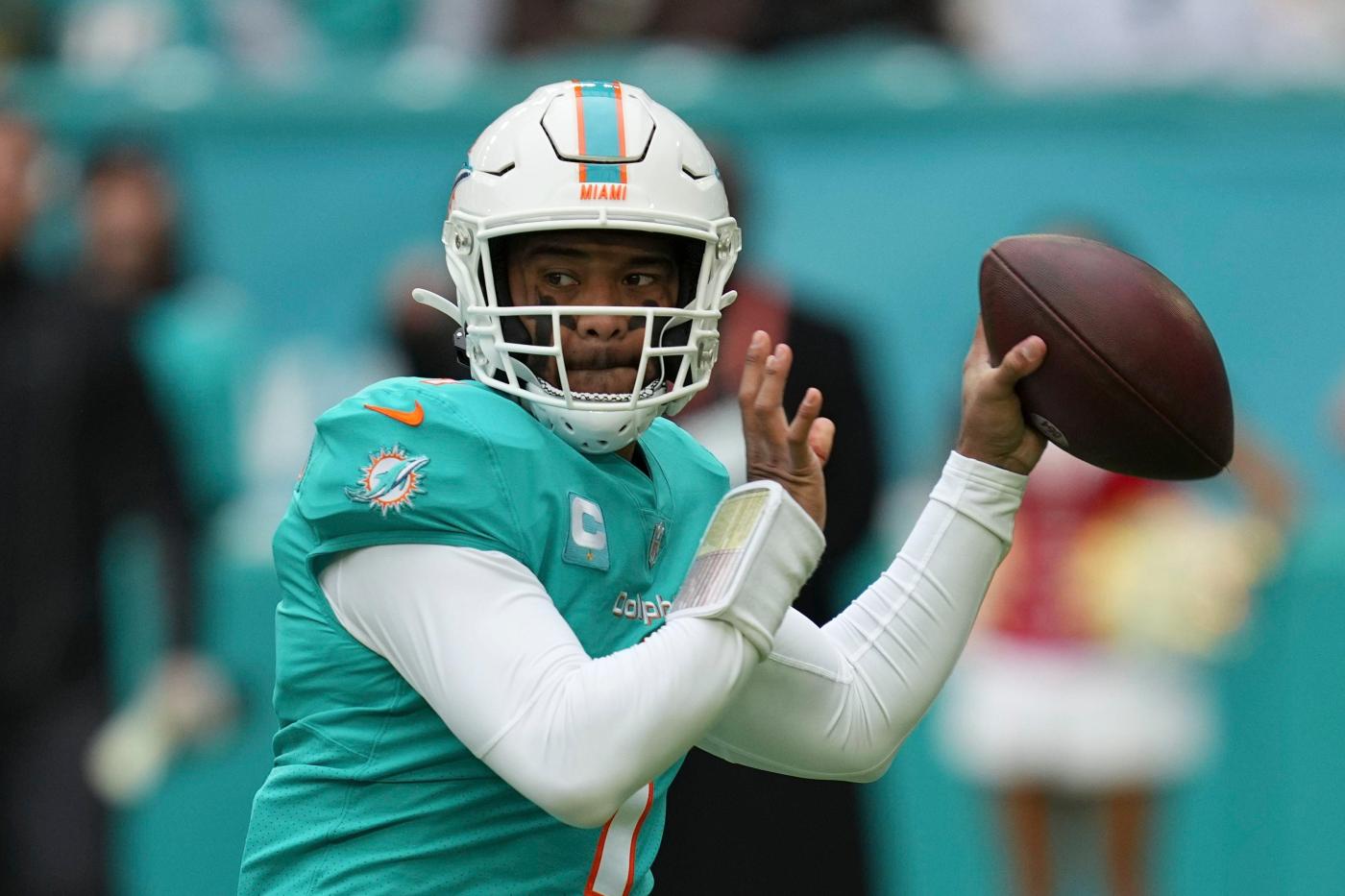 Miami Dolphins quarterback Tua Tagovailoa has been ruled out for the team’s wild-card playoff game at the Buffalo Bills on Sunday, coach Mike McDaniel said Wednesday.

Tagovailoa will miss his third consecutive game after suffering his second diagnosed concussion of his third NFL season in the Dec. 25 loss against the Green Bay Packers.

“Tua has not been cleared by doctors to resume football activities on the field with his teammates,” McDaniel said. “Because of that and because of the time that he’s missed, I can rule him out for Sunday.”

Backup quarterback Teddy Bridgewater is working toward a return to starting in place of Tagovailoa after dislocating the pinky finger on his throwing hand in Miami’s Jan. 1 loss to the New England Patriots, but the Dolphins are beginning the practice week with the approach of third-string rookie Skylar Thompson being the starter.

“Teddy is still working his way back,” McDaniel said.

“His biggest thing is he knew that he had to be in a position where he had to be fully functional on Sunday. That took some strain and really just some guts and work ethic to — that’s not an easy thing to do. As it stands right now, he’s working to prepare himself to be capable on Sunday. But as a result of that, he can’t afford any setbacks or really anything that’s conflicting against the healing process in the week. As a result, we will be approaching the game as Skylar Thompson as our starting quarterback.”

McDaniel said Tagovailoa hasn’t had any setbacks in his progress through concussion protocol, but attributed ruling the quarterback out early to “compounding variables” as Tagovailoa navigates the five-step process to return to play from concussion. McDaniel last insinuated, on Monday, that Tagovailoa was doing cardiovascular and aerobic exercise, which would indicate he’s in either Phase 2 or early in Phase 3 of the league’s protocol.

The coach added there’s a possibility that Tagovailoa can travel with the team for the Sunday 1 p.m. kickoff in Orchard Park, New York.

With Tagovailoa being ruled out, the Dolphins are even bigger underdogs. Buffalo is now favored by 13 points.