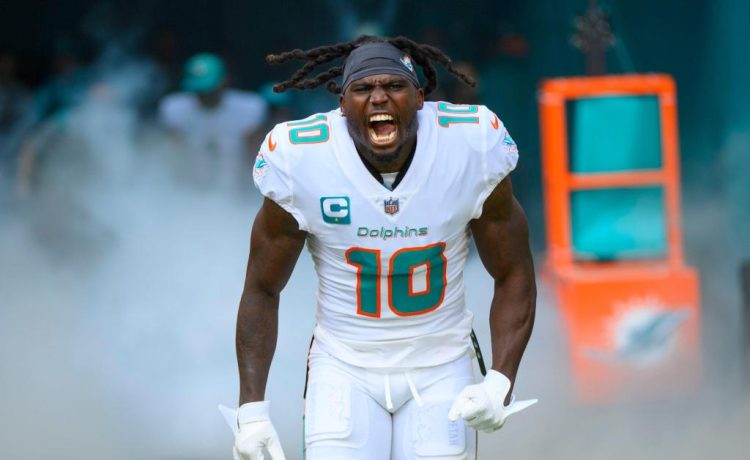 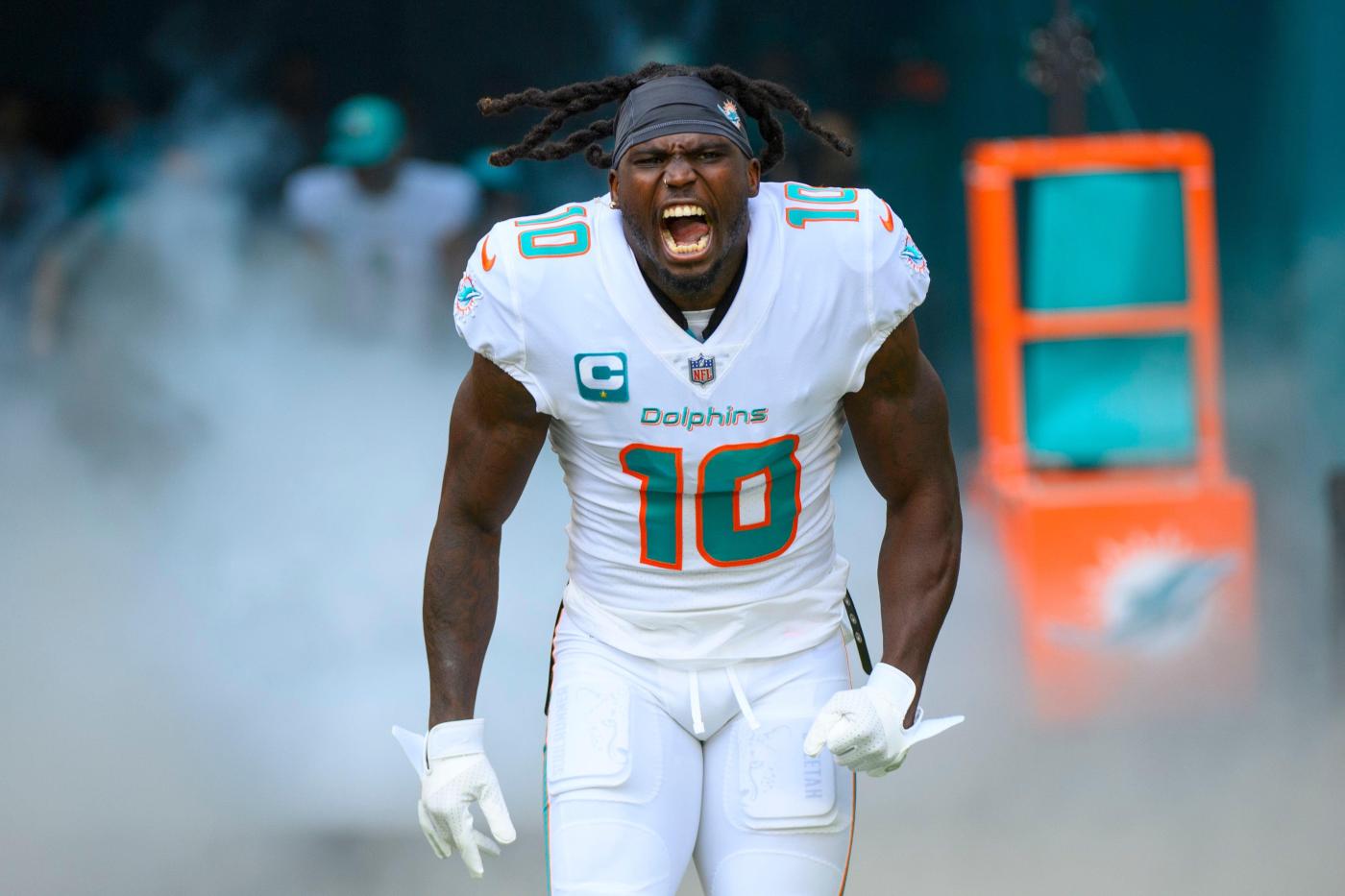 Miami Dolphins wide receiver Tyreek Hill is no longer ill. He will return to team practice Friday after missing Thursday’s session, and he is expected to play on Sunday night against the Los Angeles Chargers.

“All I know is, is illness is gone,” Dolphins coach Mike McDaniel said ahead of Friday’s practice. “Our team is pumped up he’ll be back out there [Friday]. He’s doing great, so we were pumped that we were able to get through it as fast as possible.

“On game day, we still expect him to be fast.”

With that out of the way, the Dolphins still have the pending injury situation of left tackle Terron Armstead as he works back from his left pectoral ailment.

McDaniel said Armstead will have a second consecutive practice of limited participation on Friday, adding the three-time Pro Bowler who missed last Sunday’s loss to the 49ers will go into Sunday night questionable.

“I feel good about him being able to play, but we still have a day of practice to go through and you need to be able to make sure there’s no setbacks,” McDaniel said. “He’s feeling good, wants to play, and we hope for the best, as far as Sunday goes.”

Should Armstead, who is also dealing with a persistent toe injury, be unable to play for a second straight game, the Dolphins may go back to Greg Little at left tackle or possibly lean on veteran Eric Fisher after he just signed with the team on Monday and has been working to get up to speed quickly.

“He had a good first day of full-speed football activity for the first time in a long time,” McDaniel said of Fisher’s practice week but cautioned he wanted to see Friday’s drills before making grand determinations.

Left guard Liam Eichenberg has had a “remarkable recovery that is strongly influenced by hard work, determination, dedication.” With Eichenberg still on injured reserve but practicing this week, McDaniel left open the possibility of activating ahead of Sunday’s game, but added he feels “very good about him next week.”

Quarterback Tua Tagovailoa’s ankle injury shouldn’t factor into his play against the Chargers, McDaniel said. Tagovailoa has been limited in Wednesday and Thursday drills ahead of Friday.

Backup quarterback Teddy Bridgewater, who has missed the last three games with a knee injury, is getting closer to returning, according to the Dolphins coach, but McDaniel said he’ll defer to Bridgewater’s judgment on his own body.

Miami wide receiver River Cracraft will be listed on the injury report as doubtful, McDaniel said, after landing on the Thursday injury report with a calf injury sustained during drills.

Dolphins veteran edge rusher Melvin Ingram is peaking at the right time ahead of facing his former team in the Chargers. With six sacks on the season, he’s had one in four straight games.

“It’s just a blessing,” Ingram said. “It’s a blessing to be here and still be doing the game I love to do. And to come back to where it all started at, words can’t even explain it.”

Ingram pointed to getting drafted, in the first round, No. 18 overall, in 2012 out of South Carolina as his favorite moment as a Charger.

“It changed my life forever for the better, and I’m forever grateful,” Ingram said.

Much is being made of the Dolphins defending Chargers quarterback Justin Herbert in Sunday night’s game, but just as vital will be if they can contain running back Austin Ekeler, who is active in the passing game with 85 receptions this season. That figure leads all running backs in the NFL and is fourth-most overall.

“He’s probably a guy that doesn’t get talked about enough,” defensive coordinator Josh Boyer said Thursday. “He’s up there in the league stats, as far as yards after catch. They target him a lot in the pass game. They use him a lot in the run game. He’s got great contact balance. He’s going to fight for yards, and he’s elusive in space.”

Dolphins linebackers in coverage will be a key after Miami allowed San Francisco running back Christian McCaffrey to collect eight receptions for 80 yards and a touchdown last Sunday.

“Sometimes you got to credit the opponents. They make plays,” Boyer said. “Our guys, they played with great physicality, great effort. Really, you got to credit San Francisco. They made more plays than we did.”