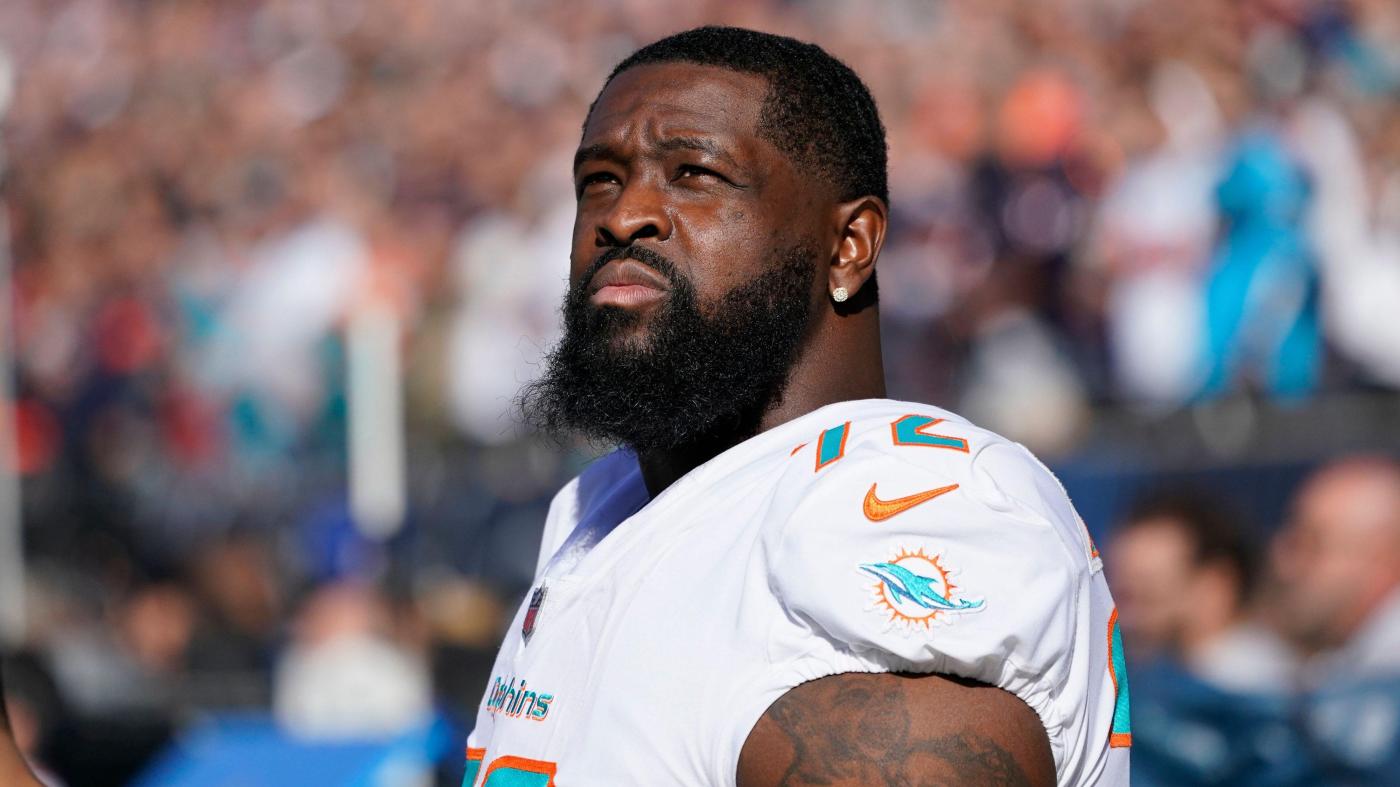 When the Miami Dolphins officially ruled left tackle Terron Armstead out ahead of their game against the 49ers on Sunday, that meant they would face San Francisco’s top-ranked defense and star pass rusher Nick Bosa with backup tackles Brandon Shell and Greg Little.

Armstead’s pectoral strain, combined with right tackle Austin Jackson already ruled out on Friday with his ankle injury, put the Shell-Little combination at he forefront of the matchup.

The Dolphins started Shell at right tackle with Little on the left side, and they mostly fared well against the 49ers pass rush — but Bosa finished with three sacks and a forced fumble that led to a touchdown.

“I thought they did a pretty good job because that is a tough, tall task,” McDaniel said. “There will be stuff that I learn from and that I could’ve done a better job with them, but for the most part, I think they really performed and took the challenge.”

Said center Connor Williams: “I’m proud of how everybody stepped to the plate.”

Quarterback Tua Tagovailoa, however, appeared flustered in the pocket often, with inaccurate throws even when he had time.

Only one of Bosa’s three sacks could be attributed to the tackles. That one came against Shell, and it sealed the win for the 49ers. Bosa forced a fumble that was recovered by linebacker Dre Greenlaw and returned for a touchdown.

Bosa, a former St. Thomas Aquinas standout, got his first sack early in the second quarter when the Dolphins went to the pass on third-and-inches. Running back Jeff Wilson Jr. was left to deal with Bosa on his own after a play fake to him and chip on Bosa by fullback Alec Ingold. Miami settled for a field goal after the 8-yard loss.

Bosa got his second late in the first half, when he came free on a stunt, starting off over left tackle and then sliding in the A-gap between the center and right guard.

He also hit Tagovailoa once in the first quarter just after the Dolphins quarterback released a pass to an open Jaylen Waddle over the middle but ended up slightly underthrown, where linebacker Fred Warner could deflect it in his zone. In the third quarter, Bosa getting to Tagovailoa backfired as he was flagged for roughing the passer, hitting the quarterback low and late after a completion to Tyreek Hill.

Shell and Little each have more of their career experience at the respective positions they played Sunday.

Shell has appeared more comfortable when he has filled in at right tackle than when he has played left. Each has been forced into action at both positions this season.

“Wherever coach needs me and when he needs me, I need to be ready,” Little said this week, adding he was more confident on his left tackle play entering the season but now feels his play on the right side has pulled even with experience gained there this year.

Little got four starts at right tackle from Weeks 2 through 5 this season when Jackson initially went down with a high-ankle sprain. Following Armstead’s toe injury that caused him to miss the Oct. 16 loss to the Minnesota Vikings, Shell started at right tackle with Little at left after, when Armstead initially exited the Oct. 9 game at the New York Jets, Shell entered on the left side.

When Armstead returned for the Pittsburgh Steelers on Oct. 23, Shell held on as starting right tackle until Jackson’s return last week against the Houston Texans, filling in well.

As both Armstead and Jackson started together for the first time since Week 1 against Houston, Armstead first went out right before halftime with the chest ailment while Jackson made his exit in the fourth quarter, aggravating the ankle injury he just returned from.

Armstead’s absence against the Texans immediately spelled trouble for Tagovailoa, who was sacked four times between the end of the first half and his two drives in the third quarter before the Dolphins sat him with a 30-6 lead in hand.

The 49ers have wide receiver Deebo Samuel (quadriceps) and left tackle Trent Williams (back) playing after the two entered questionable.

The 49ers’ defense also got defensive tackle Arik Armstead back for the first time since Week 4.

Armstead entered doubtful with the pectoral strain and toe injury that has lingered since Miami’s opener. He was among seven Dolphins inactives announced 90 minutes before the 4:05 p.m. kickoff at Levi’s Stadium.

Dolphins quarterback Teddy Bridgewater and running back Myles Gaskin were also ruled out ahead of the game after each entered Sunday questionable.

To help with offensive line depth, the Dolphins elevated linemen Kenall Lamm and James Empey from the practice squad to the game-day roster on Saturday.

49ers quarterback Jimmy Garoppolo exited Sunday’s game in the first quarter. He was ruled out for the game with the foot injury and is now out for the season.

Garoppolo was carted off the field and into the Levi’s Stadium right before the drive began. The 49ers’ first series ended on a sack where Garoppolo’s left foot/ankle was rolled up on as he was sacked by Dolphins linebackers Jaelan Phillips and Jerome Baker. Fellow Niners quarterback Trey Lance is on injured reserve.

For the Dolphins, wide receiver Jaylen Waddle was questionable to return with a leg injury suffered in the second quarter. He had gone into the locker room but was back on Miami’s sideline before halftime and then returned to start the second half.

Linebacker Elandon Roberts was questionable to return at halftime with a calf injury but also was back for the second half.