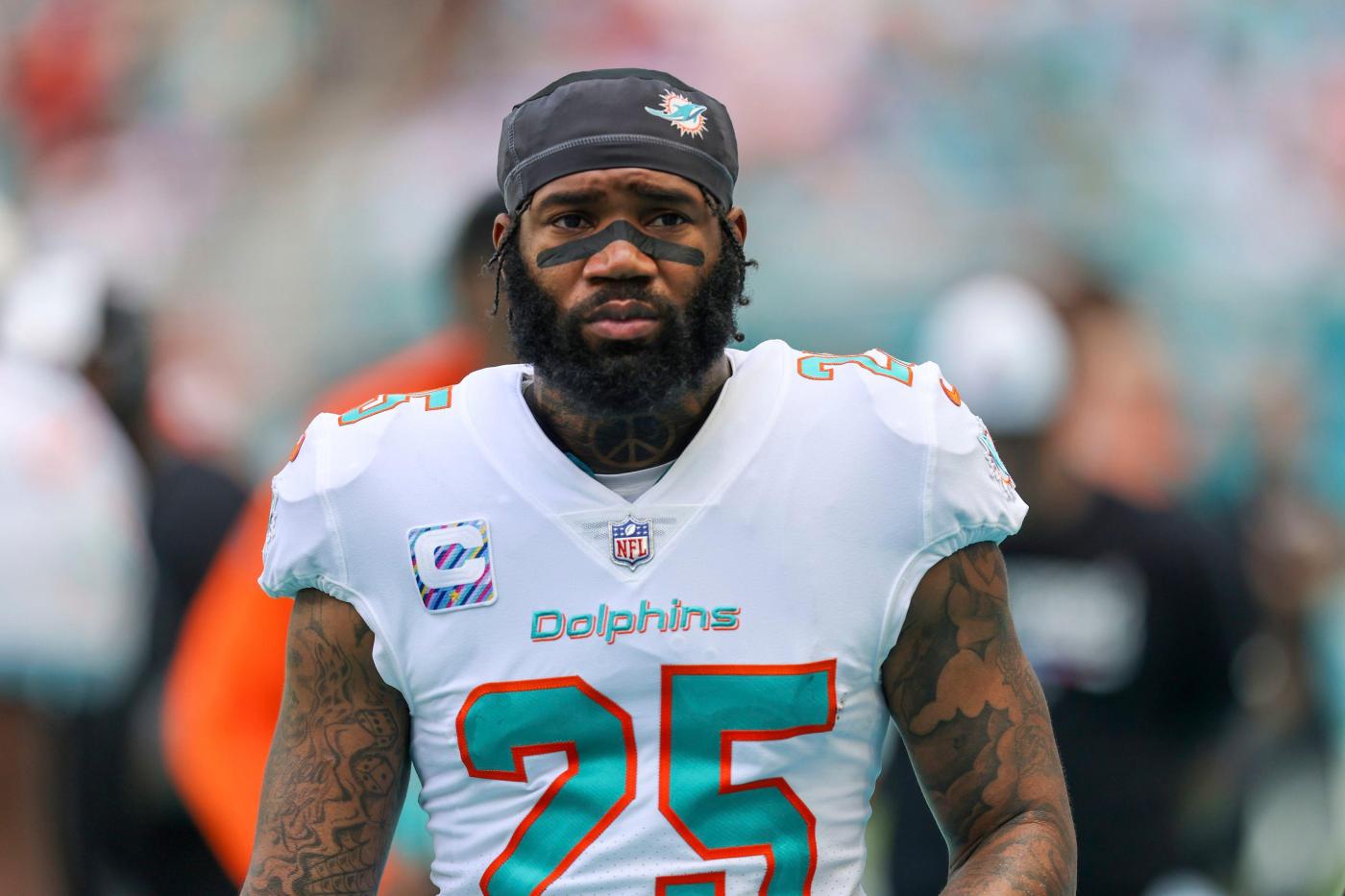 Miami Dolphins All-Pro cornerback Xavien Howard will not travel with the team on Saturday ahead of Sunday’s game at the Lions for personal reasons but plans to get to Detroit separately, the team announced.

According to a source, Howard had a death in the family and is attending a funeral on Saturday.

Howard is already questionable to play Sunday due to a groin injury. His status for the 1 p.m. kickoff at Ford Field remains unchanged.

Howard’s availability is vital for a Dolphins secondary that has been devastated by injuries with safety Brandon Jones and cornerback Nik Needham lost for the season due to knee and Achilles injuries, respectively. Additionally, cornerback Byron Jones still does not appear to be returning imminently from the physically-unable-to-perform list as he is yet to resume practice. Fortunately for Miami, cornerbacks Kader Kohou and Keion Crossen, after missing last Sunday’s win over the Pittsburgh Steelers from oblique and knee ailments, respectively, are set to return.

Howard, a Pro Bowl selection in three of the past four seasons and All-Pro in 2020, is having an uneven 2022 season in which groin injuries have curtailed his effectiveness.

In the Sept. 18 Week 2 game against the Ravens in Baltimore, speedy wideout Rashod Bateman outran him for a 75-yard touchdown after a short catch on a slant route. In the Sept. 29 loss at the Cincinnati Bengals, Tee Higgins beat him deep for a 59-yard touchdown. After missing the following week’s game at the New York Jets due to the bad groins, the Minnesota Vikings’ Adam Thielen scored a key fourth-quarter touchdown against Howard in the red zone.

However, in the Dolphins’ last game, the Sunday night win over the Pittsburgh Steelers, Howard appeared to be returning to form. He locked down Steelers receivers on his side of the field, and Pittsburgh quarterback Kenny Pickett rarely challenged him, leading to interceptions for three other Dolphin defensive backs – safety Jevon Holland and fellow cornerbacks Noah Igbinoghene and Justin Bethel.

Howard also started the 2022 season on a high note. In the first defensive series of the opening-week win over the New England Patriots Sept. 11, he tipped a pass to the end zone intended for ex-Miami receiver DeVante Parker, allowing Holland to intercept it.

Wide receiver River Cracraft, who was not previously on the team’s injury report, was ruled out for Sunday’s game at Detroit due to a neck injury.

The Dolphins elevated wide receiver Braylon Sanders and safety Verone McKinley from the practice squad to the active roster for Sunday’s game.

McKinley, who gets his third and final call-up before the team has to decide if it wants to sign him to the 53-man roster to bring him up again, helps bring depth for Miami’s depleted secondary. The team could use some combination of him, Eric Rowe and Clayton Fejedelem in replacing Brandon Jones at the strong safety spot.