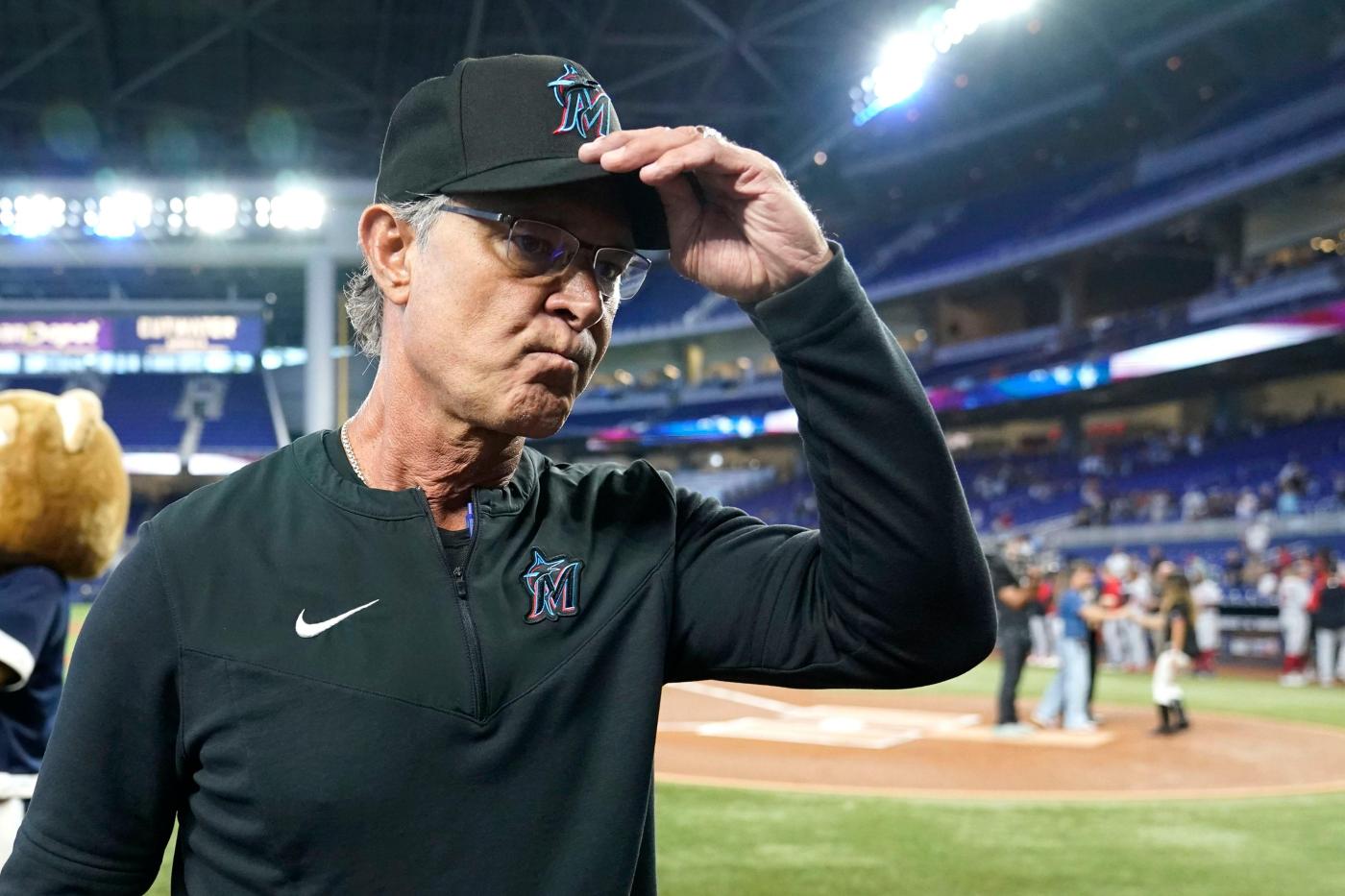 Don Mattingly sat on the dugout bench, just as he has for seven years, class all the way. Only now the curtain was dropping on his time as Marlins manager, even as he followed the daily routine of talking with the media about the lineup, this final series and the hope of rookie Bryan de la Cruz’s 13 home runs.

For seven years, longer than any Marlins manager, Mattingly threw his undermanned lineup against bigger payrolls in bigger markets. The forever question for this organization is if it can tilt against windmills in a sport with no salary cap.

He let that sit there a moment on Tuesday. Tampa Bay is the patron saint of baseball’s small markets, its $99 million payroll ranking 26th in baseball, one spot ahead of the Marlins’ $96 million.

“They’re in with New York [Yankees], in with Boston and Toronto and four years in a row they’re in the playoffs,’ he said. “They’ve been a tough club to contend with for everyone in the [American League] East. I think if they’re someone to look up to … You don’t want to be anyone other than yourself, but I think you’ve got to be better.”

The Marlins do too much that Tampa Bay doesn’t. They have the worst lineup in baseball after developing little in the minors and spending dumb money on outfielders Avisail Garcia and Jorge Soler and catcher Jacob Stallings. Owner Bruce Sherman can’t buy his way out of problems, the same way Jeffrey Loria or H. Wayne Huizenga couldn’t.

“I think you have to accept who you are, right?” Mattingly said. “We’re never going to compete like L.A. and or have a $300 million payroll like the Yankees. This market doesn’t dictate that. I don’t think it matters who the owners are.

“No one’s going to come in and put in that money — anywhere in these markets. Pittsburgh. Tampa. But you can compete. We have to develop guys who walk into the big leagues and are pretty good players.”

That’s the grand failure of former CEO Derek Jeter’s years. He developed a starting pitching staff that ranks third in earned-run average and has the certified Cy Young favorite in Sandy Alcantara. But the offense is the worst in baseball. Jesse Aguilar, released in August, and Jazz Chisholm, injured since June, still lead the team in home runs.

“When I got here, we had a bunch of hitters,’ Mattingly said. “It was [Christian] Yelich. It was [Giancarlo] Stanton. It was J.T. Realmuto. It’s been there in the past, so it’s possible. I think at some point you watch a Tampa, whoever they bring up — they’re finding players. We have to do more of the same.”

He motioned across the field at this final series’ opponent.

“Atlanta is a great example,’ he said. “They have a pretty good payroll, and they have Michael Harris come up this year and hit 19 homers. This kid [right-hander Spencer Strider] comes up and tears it up. They’ve brought people out of their system every year.”

“We can’t afford misses,’ Mattingly said. “If the Dodgers have a miss, the Yankees have a miss, they swallow it up and move on. We just can’t do it. That’s where we’ve got to be good about developing players. That’s building the system to the point where you have patience and actually allow guys to develop and when they come up they have an impact.”

Former Marlins manager Jack McKeon used to tell the front office, “You can’t win the Kentucky Derby with mules.” That’s what Mattingly has tried to compete with too often during his time. He’s been a pro’s pro all the way. But the manager doesn’t matter for the Marlins until the roster matters.

“I came here to build a sustainable product that had some continuity in the way we went about our business and the culture,’’ he said. “I’m disappointed it hasn’t gotten stronger. I know there’s been changes, some things I couldn’t control, multiple changes. But if I’m going to be realistic and look in the mirror, I’m disappointing it hasn’t been better.”

Seven years he’s sat in this dugout. He deserves thanks, good wishes and maybe a medal. It hasn’t been easy in this seat. Nor will it be for his replacement unless this organization suddenly becomes Tampa Bay.