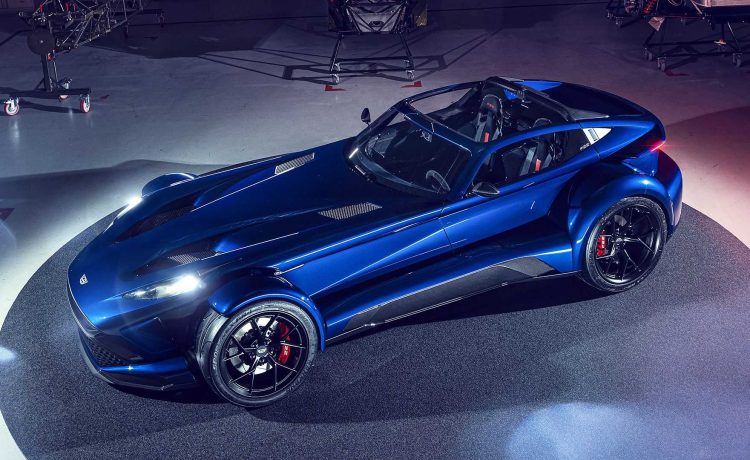 Donkervoort has revealed its latest offering dubbed the F22 and it looks properly dramatic.

F22 is not named after a stealth fighter but rather after the CEO Denis Donkervoort’s firstborn daughter Filippa, who arrived on May 22, 2022.

Powering the supercar is an Audi-sourced 2.5-litre turbocharged inline-five tuned to make 492 horsepower (367 kW). That may not sound like enough grunt in the power wars going on these days but the car weighs just 748 kg (1,650 lb) giving it a power-to-weight ratio of 666 horsepower per metric ton. That is more than a Bugatti Veyron so this is bound to be quite intoxicating to pilot.

Power is sent to the rear axle only via a five-speed manual and Torsen limited-slip differential. In trained hands, it can sprint to 100 km/h (62 mph) in just 2.5 seconds. It will top out at 290 km/h (180 mph) but as you can see this is not built to reach mind-warping speeds.

The lightweight construction combined with some wide Nankang tyres will apparently allow you to pull 2.15g in turns and as much as 1.2g when stamping on the brakes.

Carbon fibre roof panels lift out manually and are stored in the back. Recaro seats have available six-point harnesses that are approved for both road and track use. And yes, it has butterfly doors.

If you fancy one you better act fast as 50 out of the 75 units to be produced has been spoken for. Prices start from €245,000 but this can rise another €100,000 with a rather comprehensive list of options.