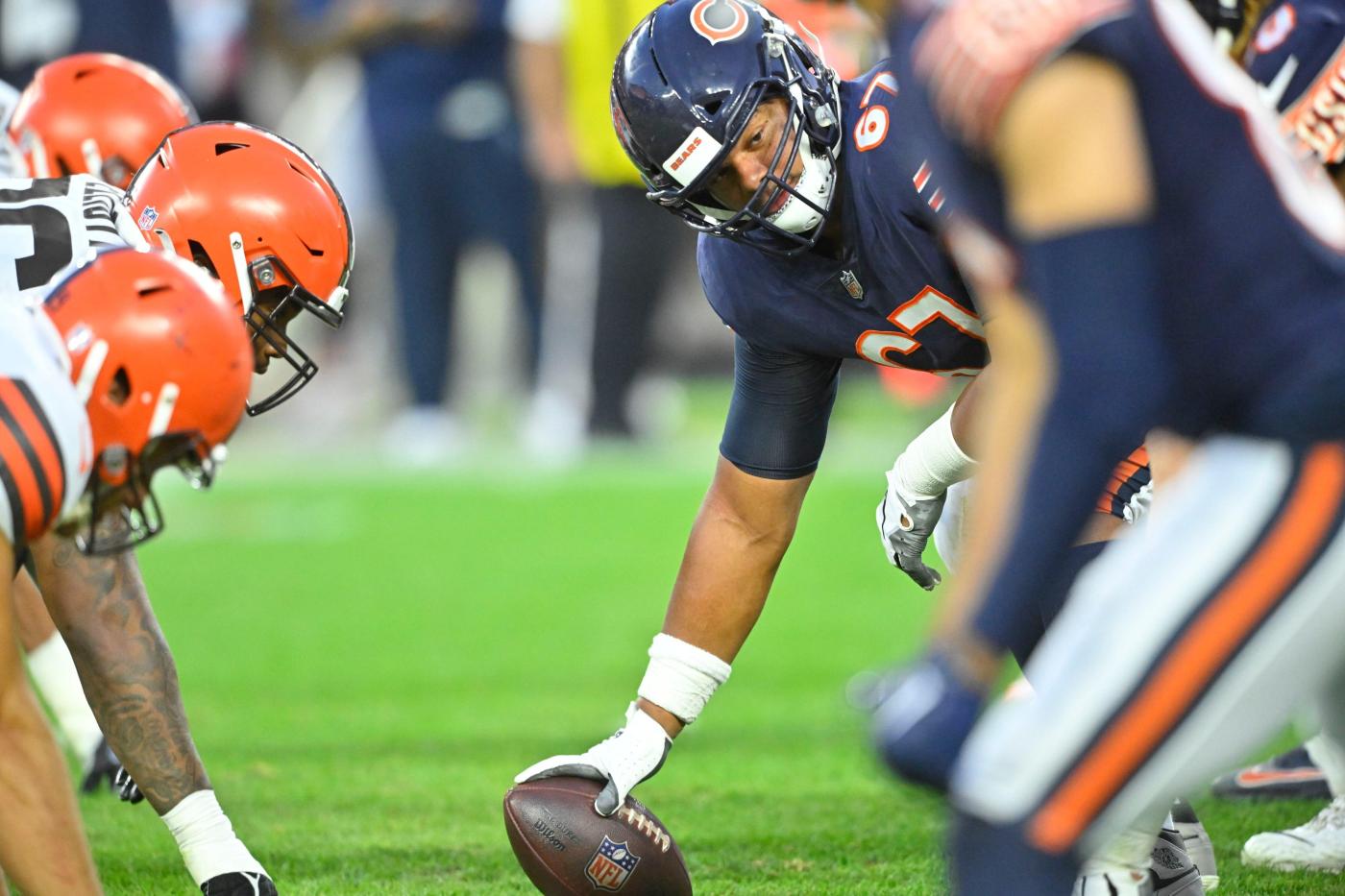 As the Chicago Bears get back to full health on the offensive line with Lucas Patrick’s return to practice Monday — his first appearance since suffering a broken right thumb July 28 — it’s worth wondering when his availability could lead to a change in the starting lineup.

Coach Matt Eberflus maintained everything is under evaluation with the roster rounding into health in time for Sunday’s season opener against the San Francisco 49ers at Soldier Field. The Bears went from practicing last week with half of their wide receivers sidelined to a full complement at that position.

Working in wide receiver Byron Pringle, who also returned Monday for the first time in a month, would seem to be easier than getting Patrick on the field against the 49ers. Eberflus indicated Patrick’s return could change the line combination the Bears have used since the second preseason game in Seattle, but that might be something he’d like the 49ers to think about more than anything else.

In the interest of maintaining continuity, it’s a good bet the lineup Sunday from left to right will be Braxton Jones, Cody Whitehair, Sam Mustipher, Teven Jenkins and Larry Borom — the group the Bears rolled out in the final two exhibitions.

Patrick seems unlikely to be able to snap the ball effectively with a cast protecting his surgically repaired thumb, meaning Mustipher will remain the starting center. As many positive things as the team has said about Jenkins since mid-August — and general manager Ryan Poles added to that conversation last week — it stands to reason Jenkins will get a chance to start at right guard.

Playing with a cast likely would limit Patrick somewhat even at guard.

The good news is Patrick, who declined to answer questions after practice, is moving in the right direction and should be at full strength shortly after he can shed the cast. That will give Eberflus, offensive coordinator Luke Getsy and offensive line coach Chris Morgan options for a young unit that includes a rookie in Jones and two second-year pros in Jenkins and Borom.

The coaching staff has experience to lean on if needed with Patrick, who can play anywhere on the interior, and tackle Riley Reiff. The first two games should provide an early snapshot of a position group that has among the most questions on the roster.

The 49ers have three former first-round picks on their defensive line, led by pass rusher Nick Bosa. Inside, Arik Armstead and Javon Kinlaw will be a challenge. The 49ers defense was excellent a year ago, ranking third in total defense, seventh versus the run, sixth versus the pass and third in sacks per pass attempt.

The Green Bay Packers prevent a stiff challenge in Week 2 with tackle Kenny Clark and edge rusher Rashan Gary, and they added first-round pick Devonte Wyatt to the middle of their defensive line.

The Bears hope they’re starting to develop chemistry after having so many moving parts over the spring and summer. Quarterback Justin Fields attempted 30 passes in the preseason and was sacked only twice. Three touchdown drives in the first half of the preseason finale in Cleveland certainly added a little confidence, but the Browns were resting edge rusher Myles Garrett, among others, and no stars will be taking time off now that the season is arriving.

“We’re going to see when the lights come on,” Poles said last week when asked about Fields’ protection. “I think through preseason they have gotten better. That’s the preseason. We’ll continue to adjust and do everything we can to make that unit better and everything around it better.”

If the offseason and training camp have proved anything, it’s that the front office will remain active in seeking help, evidenced by the waiver claim of 2021 Las Vegas Raiders first-round pick Alex Leatherwood last week. The coaching staff has looked at a variety of combinations and clearly isn’t hesitant to try young players.

The most prudent plan for now is probably to go with the five starters who have been working in front of Fields and assess how things look after a challenging start to the season.