Todays Though > News > Don’t expect the Mets to leave D.C. with Juan Soto, which is fine – Boston Herald
News

Don’t expect the Mets to leave D.C. with Juan Soto, which is fine – Boston Herald 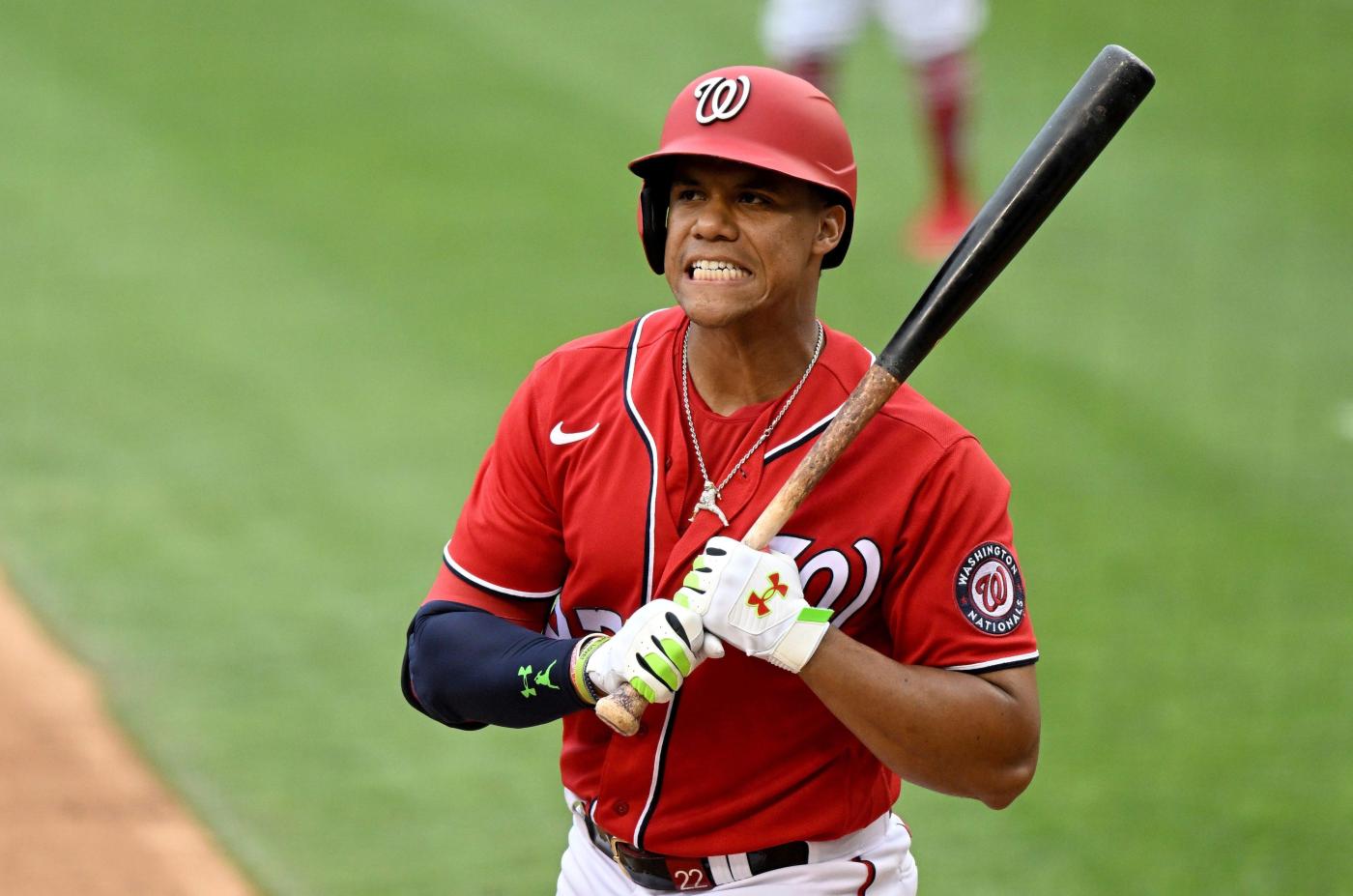 WASHINGTON, D.C. — The Mets are in the nation’s capital for three games with the Washington Nationals.

As of Monday morning, Juan Soto is still here too.

From a sheer convenience standpoint, there’d be no better time for Billy Eppler to pounce. Dealing for Soto would give the Mets that one more bat they’ve been craving, and rather than having to throw everything into a suitcase and sprinting to the next flight (as Tyler Naquin did over the weekend to meet the Mets in Miami), Soto could just walk down a hallway from the Nationals’ clubhouse to the visitors’.

If only life were that easy.

The Mets have not been seriously linked to Soto in any recent talks, and the consensus is that if they are going to land the Gen Z Ted Williams, they’d have to part ways with 20-year-old phenom Francisco Alvarez, as well as maybe top-five team prospects Brett Baty or Mark Vientos.

With the Nationals residing in the same division as the Mets, plus the fact that Washington doesn’t totally need to trade Soto at the deadline, chances are slim. There is a growing belief that, unless the Nationals are given a Godfather offer, they will hold on to Soto and reassess the situation in the offseason. Besides how horrendous the optics of trading Soto within the NL East — then making the remaining Nats fans watch him play with his new team in Nationals Park would be — there’s also the matter of the team likely being sold at season’s end.

The Nationals’ owners understand that the franchise’s value is much higher with Soto around. The team is essentially up for sale, and it benefits both the current regime and prospective ones to have one of the game’s brightest stars in place whenever the club changes hands. So, if Soto stays and the Mets can’t hit a 600-foot home run in a Shohei Ohtani trade, their gaze moves to the next tier of available players.

Getting a Willson Contreras-David Robertson package from the Cubs truly makes too much sense for the Mets. They need a catcher (Contreras’ 132 wRC+ is tied for first among NL backstops) and a reputable reliever to shuttle the ball from the sterling starting rotation to Edwin Diaz’s firebrand arm. Robertson is 37 years old now, but he has a 2.23 ERA this season, gets lefties out, and most importantly, has pitched in 33 postseason games.

The problem with a trade that makes too much sense is, well, it makes too much sense. The Cubs aren’t going anywhere in 2022, but they can definitely bolster their team for the future. Knowing they have some things that the Mets covet, it obviously behooves them to get the best possible deal, which means gunning for premium prospects from the Mets’ farm. Whether Eppler’s front office is comfortable with that probably comes down to the dilemma of trying to win it all in a few months vs. making sure the team is set up for sustainable success in the back half of the decade.

Contreras and Robertson definitely move the needle for 2022, but both will hit free agency this winter, and any players the Mets trade for them could torment the franchise well beyond just this year. Banners hang forever, sure, but so can lingering dread if one of the kiddos involved in the trade becomes a perennial All-Star. Moving a top-five prospect for rentals is bad business, and probably hampers the Mets in a Contreras-Robertson trade unless Chicago lowers their asking price.

Should the Mets actually make a trade with the Nationals while they’re in D.C., acquiring a guy like Josh Bell or Kyle Finnegan is more realistic than Soto. Bell runs the risk of being a bit redundant now that the Mets have added Daniel Vogelbach, another first baseman/DH. But Bell is a significantly better overall hitter than Vogelbach, and his .861 OPS against lefties means he wouldn’t be relegated to platoon duty. Playing Bell at DH every day and Vogelbach only as needed puts the Mets in much better shape, but this is of course all hypothetical, and they’d have to pay the NL East tax in any swap with Washington.

Finnegan, a 30-year-old righty who is the best reliever in the Nats’ bullpen, is the exact type of player that Washington has no reason to keep. No position group goes zero to 100 from one season to the next quite like relief pitchers, and while Finnegan is pitching well now, that doesn’t mean he’ll continue pitching well as he ages. If the Mets can just wring three more good months out of his arm, trading some minor league filler is worth it.

The main priority for the Mets over the next three days in the DMV is sweeping the Nationals, an easily doable task. That’d give them nine victories in a row, more wins in the bank as they try to secure a top-two seed in the National League and a first-round bye in the new playoff format, and more steam heading into a five-game spat with the Braves.

If they have Soto for that Atlanta series, great, but it stands about as much of a chance as the team announcing that Mr. and Mrs. Met have filed for a divorce. There are several avenues that still make the team better and don’t mortgage the future as much, which may be disappointing to some, but is what Eppler should ultimately end up doing.