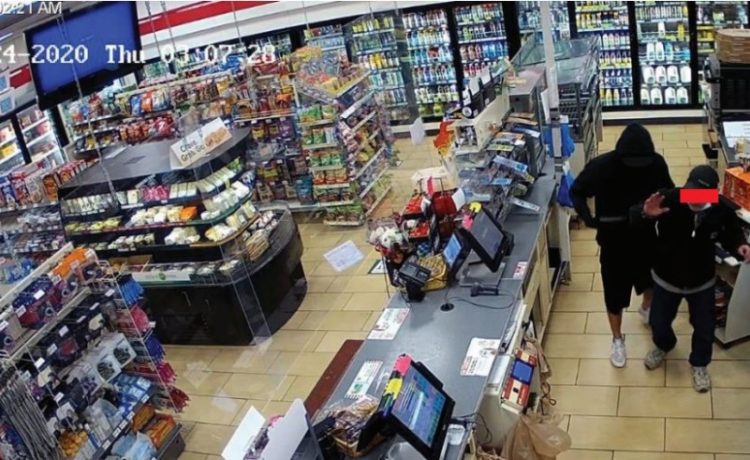 “This is a 45, get on the ground and empty the register,” Michael Vangpa told a cashier at his third robbery the night before Christmas 2020, according to court documents.

Vangpa, 33, of Dracut, pleaded guilty in federal court in Boston Thursday to one count of interfering with commerce by robbery and one count of using a firearm in furtherance of a crime of violence. The first crime carries a sentence of up to 20 years in prison and the second has a mandatory decade in prison.

“Mr. Vangpa’s acts of violence spread panic across the communities he violated and terrorized by committing multiple armed robberies,” U.S. Attorney Rachael Rollins said in a statement. “Residents should be able to visit their local businesses without fear.”

Vanga robbed three stores in under an hour, two in Lowell and another in Tewksbury, according to the U.S. Attorney’s office. Each time he held a gun and demanded money, but he further escalated the tension each time. In one robbery he shot into some cardboard boxes under the register and in the others he struck the cashier in the head and ordered a customer to lie on the ground.

He struck the first store, a 7-Eleven on Mammoth Road in Lowell, at 2 a.m, according to a court document. He wore a black mask, a dark-colored hooded sweatshirt and black gloves. He made off with $60 in cash and about $600 worth of cigarettes.

Fifteen minutes later, he was at another 7-Eleven on Chelmsford Street, the charging document states. Here he got “at least” $200.

Twenty minutes later he was at the Circle K on Andover Street in Tewksbury, where he had his greatest success — $1,600 in cash, an affidavit states.

“Armed robberies at neighborhood stores make citizens fearful to carry out their daily business in our community,” said James Ferguson, Special Agent in Charge of the Bureau of Alcohol, Tobacco, Firearms and Explosives, Boston Field Division. “ATF and our law enforcement partners are committed to pursuing violent offenders to ensure that those who commit violent crimes will be held accountable for their actions.”